5 things to know ahead of Wednesday night's winter storm

With a First Alert Day issued for Thursday, our team of Meteorologists is keeping you up-to-date as the snow begins tonight. 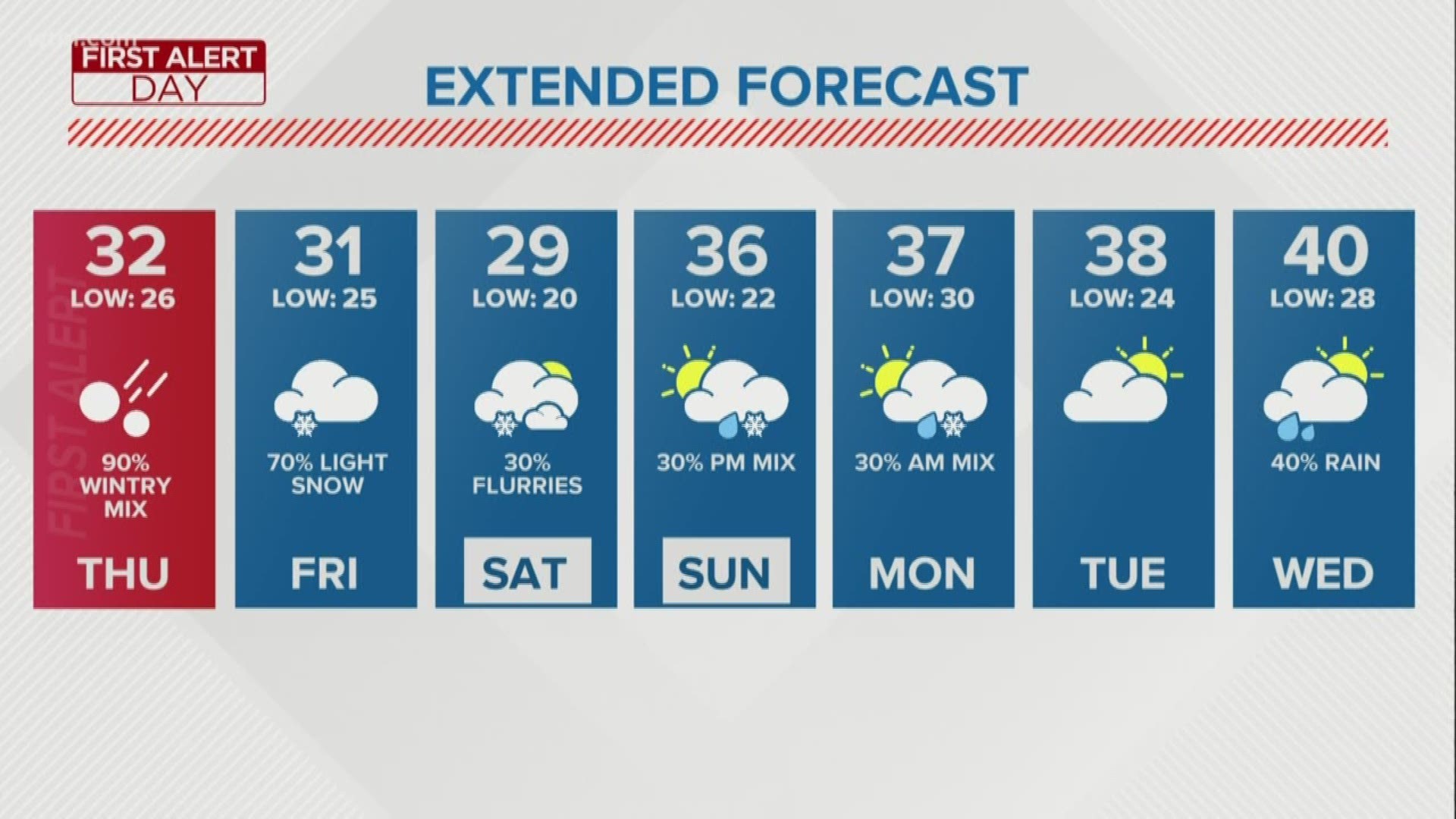 A First Alert Day has been issued as poor road conditions could impact your morning commute.

Here are five things you should know ahead of the storm.

This is when the heaviest snowfall is expected. Many spots could see 1-2” of snow in this three-hour window. To the south of Toledo, snow will switch to ice pellets. Under-treated roads will become snow covered. Main roads will likely be slushy and wet.

Expect scattered snow and ice pellet showers. Snowfall accumulation will largely be over by this time.

The highest snow accumulations will be north of the Maumee River, especially across southern Michigan.

Snow will mix with more ice pellets the further south you go with this system. Ice pellets may switch to rain well south of Toledo for a time overnight.

Our forecasted snowfall map shows higher totals north where the storm is more likely to stay all snow. Lower to the south, ice or even rain may mix in overnight.

Widespread school delays are likely with this system on Thursday.

The chances of delays or closings are lower in areas south of Toledo, where lighter snow and ice are likely.

We are in the heart of winter. On average, January is our snowiest month, but February isn't far behind. There is still a lot of winter left to go and this storm will cut into our snowfall deficit.

It’s no secret that his has been a warm winter. That has led to well below normal snowfall totals so far.

The only time this season we were above average in terms of snowfall, was in early November with 4” of accumulation. We are now nearly a foot behind pace for snow in a typical winter.