The city council members joined their first meeting on Tuesday; they believe adding their experience will help them be a voice for the city. 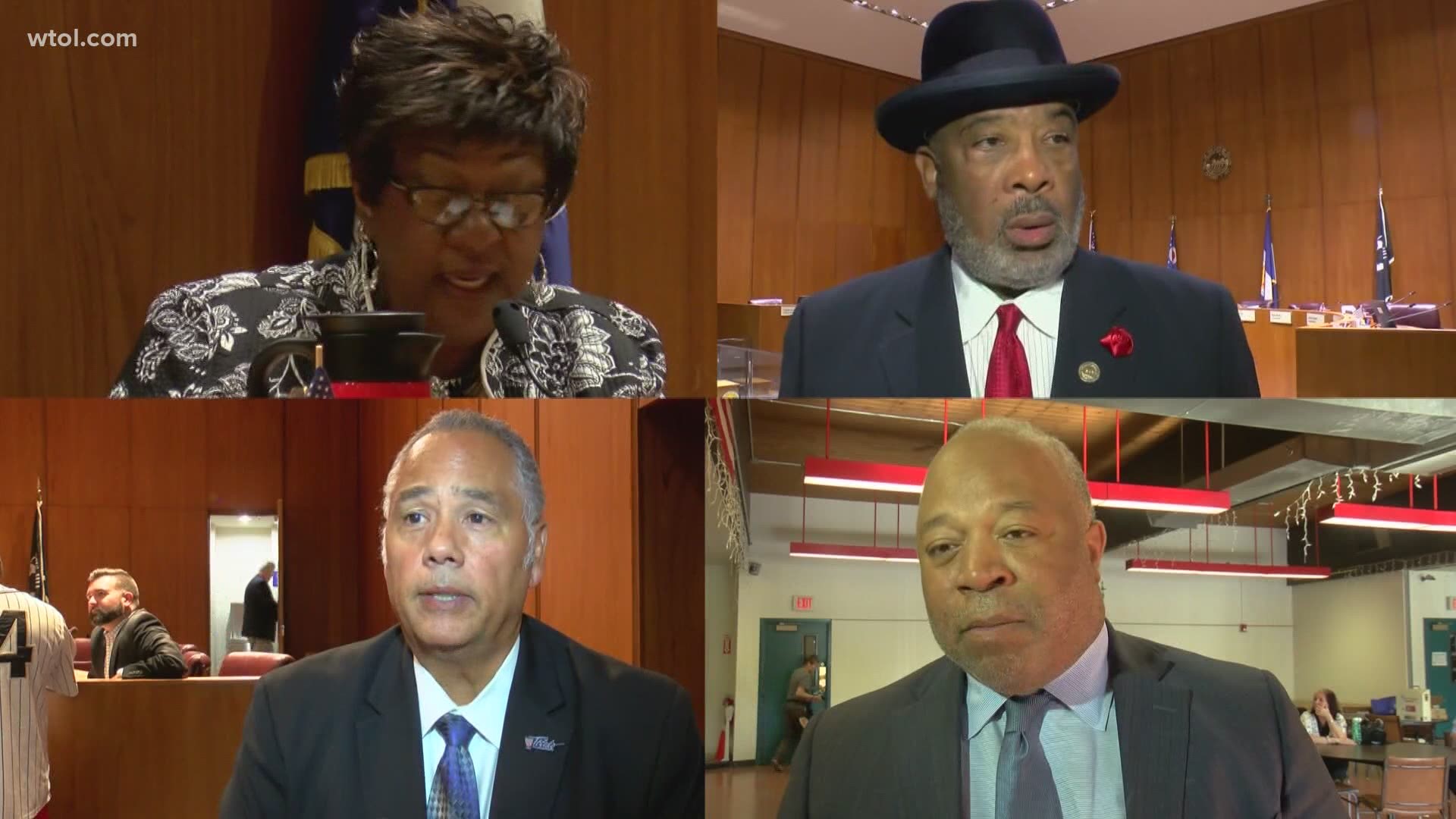 TOLEDO, Ohio — On Tuesday, four new Toledo city council members took on the roles of the suspended councilmen in a federal bribery investigation.

Those members joined in on an online meeting and they say they're ready to roll up their sleeves, and accomplish big things.

"It was a bit much, but I'm excited. To be chosen, to be a part of city council," said Cerssandra McPherson, who is taking on one of the at-large seats on council.

"Very exciting day. Anxiously exciting. The opportunity to work with so many giants that you have heard of for years," said John Hobbs III, who is taking over District 1 Seat.

Both Toledo natives were selected by a judge out of a pool of more than 100 applicants. This comes after four members were suspended from their seats as they face federal bribery charges.

While the replacements recognize the positions will be difficult, they say they're ready to take on the challenge.

"We are losing young people too fast. Gun violence, homelessness, and the poverty in our city are concerns of mine. And just making our city a better place," said McPherson who has worked for decades in education and with Toledo Public schools.

Meanwhile, Hobbs says he plans to have a diverse mind set because of the neighborhood he grew in.

"I don't know anything else but having different people, different cultures, different beliefs. Different, and so that there gives you a perspective beyond yourself and it helps you understand that you are not the only person," said Hobbs.

The other two city council seats are now filled by Vanice Williams in District 4, and Tiffany Preston Whitman who will serve the other at-large seat.

The new members are asking for patience as they maneuver through becoming a voice for their city.

"I know there's gonna be some hard issues and some hard things that are gonna come about and I just want to keep an open mind, work with the team. Be a team player," said McPherson.

The new city council members want you to reach out if you have any concerns or ideas on how to make Toledo better.