A local man has taken it upon himself to make sure the seniors & veterans in his community are getting the supplies needed during shelter in place order. 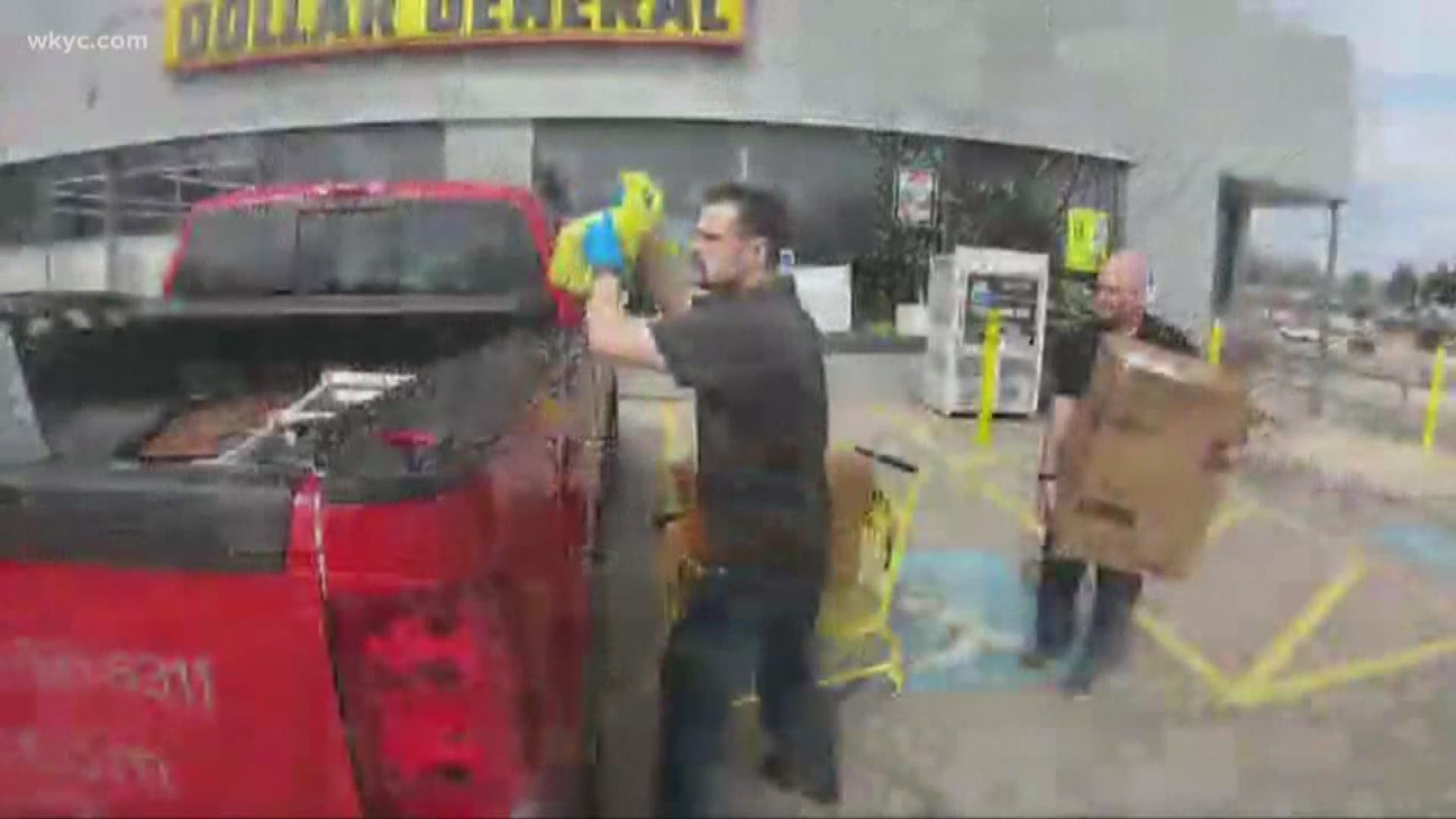 GEAUGA COUNTY, Ohio — Many seniors and high-risk veterans in Geauga County are getting some much needed assistance during the shelter in place in order. It’s all because of the kindness of one man that has blossomed into something bigger than he ever expected.

“We’ve helped over 100 seniors at this point, since we started the page three days ago,” says Ron Kruty.

Ron doesn’t look much like Santa Claus, but he’s use to spending an awful lot of time on other people’s roofs.

Now, because of the shelter in place order, he’s taken on the other Santa characteristic and is making deliveries to houses instead.

Ron says, “This all started off when we heard about the toilet paper shortage and said, ‘I need to make sure that my immediate circle has toilet paper.’ We’re allowed to help our neighbors and our friends and I’m just doing everything that I can.”

Little did Ron know that in the next few days after he posted his mission of Facebook, that his circle would grow to cover all of Geauga County.

“So we just started a Facebook page and are handing it out to our seniors and veterans, free of cost. All they have to do is call us and provide the address,” says Ron.

While Ron has had to purchase a lot of the supplies himself, some donations have started to come in. An employee at J.C’s Restaurant in Burton, Ohio saw his post and decided to get involved. They’ve donated 30 dozen eggs and 96 rolls of toilet paper for Ron to distribute. Contributions like that really help, because Ron still has to abide by purchase limits at stores which means he spends a lot of time traveling from store to store and house to house.

“It takes a lot of driving. I have to go to this store and that store in order to achieve the supply that I need to keep up with the demand right now,” says Ron. “We’ve went as far as Thompson. We’ve been in Chagrin Falls. We’ve been in Middlefield. We’ve been in Parkman.”

However, as long as the phone keeps ringing, he’ll keep checking his list, twice. He does it all to make sure that those who need help, get it.

“We just keep a list and just keep checking them off the list. We’re just trying to do all that we can,” says Ron.

#3HEROES: Nominate someone who has made a difference during COVID-19 pandemic in Northeast Ohio