#3Heroes: One man's journey to a one-man parade

The founder of a local charity is trying to spread hope around his city and encouraging others to do the same. 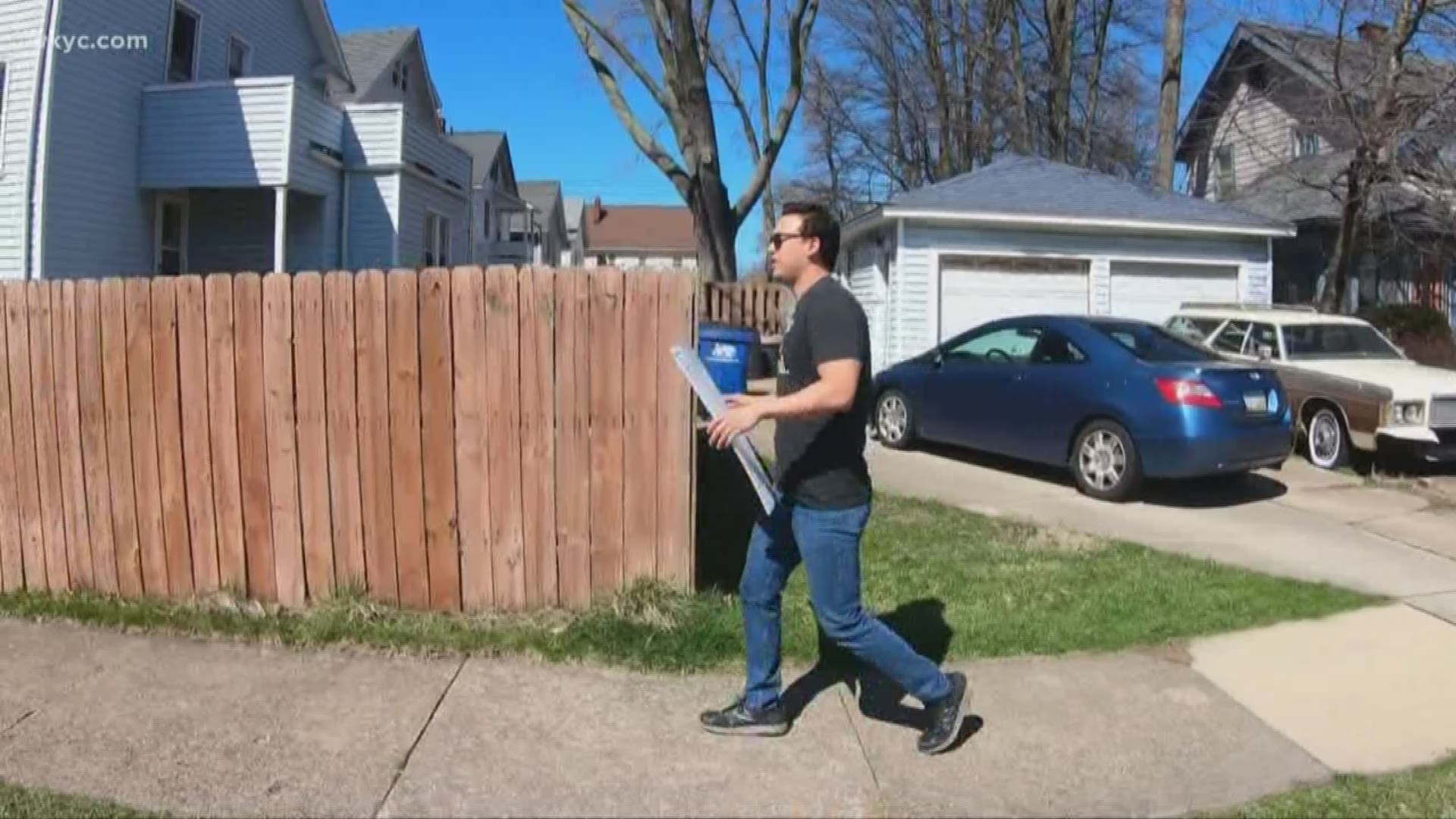 LAKEWOOD, Ohio — A local man has turned his routine walks into a message of hope and he’s now asking you to do the same.

Alex has always valued a promise, you could say that it’s something in his blood.

Sheen says, “My father was a person of his word, a handshake means something and unfortunately he died of stage four small cell lung cancer. Because I said I would was the title of his eulogy.”

After his dad passed, he decided it was now on him to keep spreading the value of a commitment. He started an organization, named after the eulogy he delivered at his father’s funeral, because I said I would. They send out promise cards for people to write down pledges and to date, they’ve shipped out over 12 million cards to over 150 countries.

“You know a lot of people don’t keep their promises anymore and I wanted to help change that a little bit. Just the thought of writing a promise on a card, giving it to someone and using it as a sign of individual responsibility. When is that more important, than now,” says Sheen.

The now that he’s referring to, of course, is the covid-19 pandemic. Despite using his organization to help make masks, he wanted to do more and came up with the idea for a one man parade.

“So I was listening to the 2pm address from Governor DeWine and he said, ‘you can go for walks.’ That’s something that I already did, so I just carry this sign and go on my walk. There’s really nothing different to it. My hope is that it is just brings a sense of community to my neighborhood and to folks who might see it,” says Sheen.

Now, Alex is challenging people around nNrtheast Ohio to do their own one person parade. In fact, for anyone going on a walk this weekend, if you take an inspiration sign with you, take a selfie and share it with becauseisaidiwould.org/pizza. They’ll donate up to 1,000 pizzas to hospital staff workers.

Sheen says, “You have until Monday at 11:59pm to do this one person parade, alone, unlock these 1,000 pizzas and show these hospital workers that we care about their sacrifice.”

RELATED: #3Heroes: In times of isolation, a Lorain County kindergarten teacher vows to stay more connected than ever before

RELATED: #3Heroes: 'Help flatten the curve so we can kiss our daddy again,' says daughter of Life Flight nurse