4 people shot, one person hit by car after shooting outside D&B Grill

The man who was hit by the car is hospitalized with serious injuries. Those shot sustained non-life-threatening injuries. 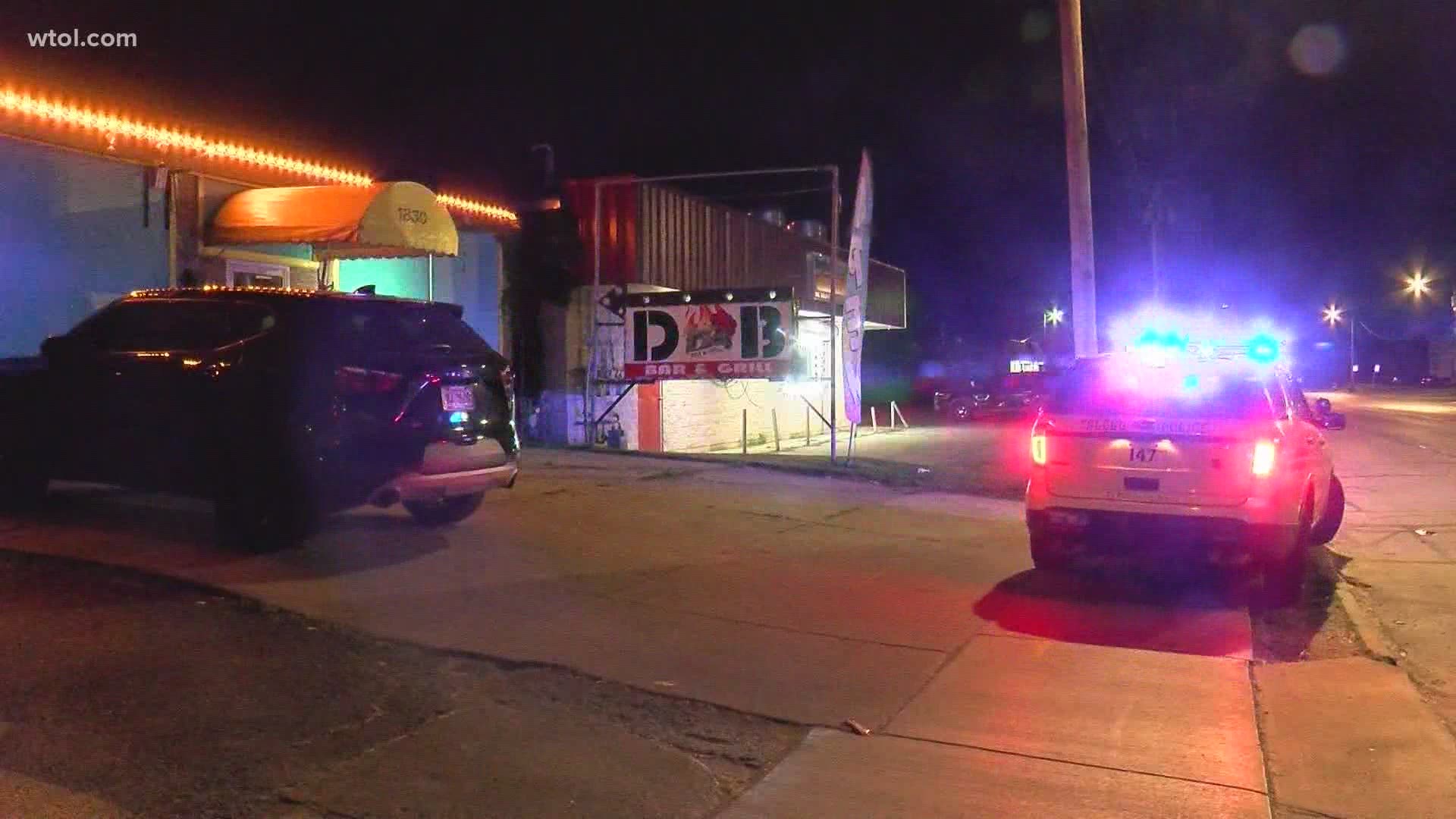 TOLEDO, Ohio — Police were on the scene of a shooting early Wednesday morning in central Toledo.

The shooting happened outside D&B Grill on W. Bancroft near Upton around 1:30 a.m. in the back of the building.

Police say three people were shot and one person was grazed in the shooting as someone shot at the bar from the 1800 block of Freeman.

Those shot were Christina Liggins, 30, Kevin Hughes, 36, Clemmye Owens, 31 and Jackie Collins, 35. Police say they were all treated for non-life threatening injuries.

Police say Christopher Snow-Veley, 32, was also accidentally hit by a car as he tried to take cover in front of a vehicle when the driver fled and ran over him. Snow-Veley was taken to the hospital with serious injuries.

Police say D&B Grill is a nuisance property they are trying to crack down on.

No arrests have been made and there is no information on a suspect at this time. Police are investigating what led up to the shooting.