The incident happened shortly before midnight on Cherry and George. 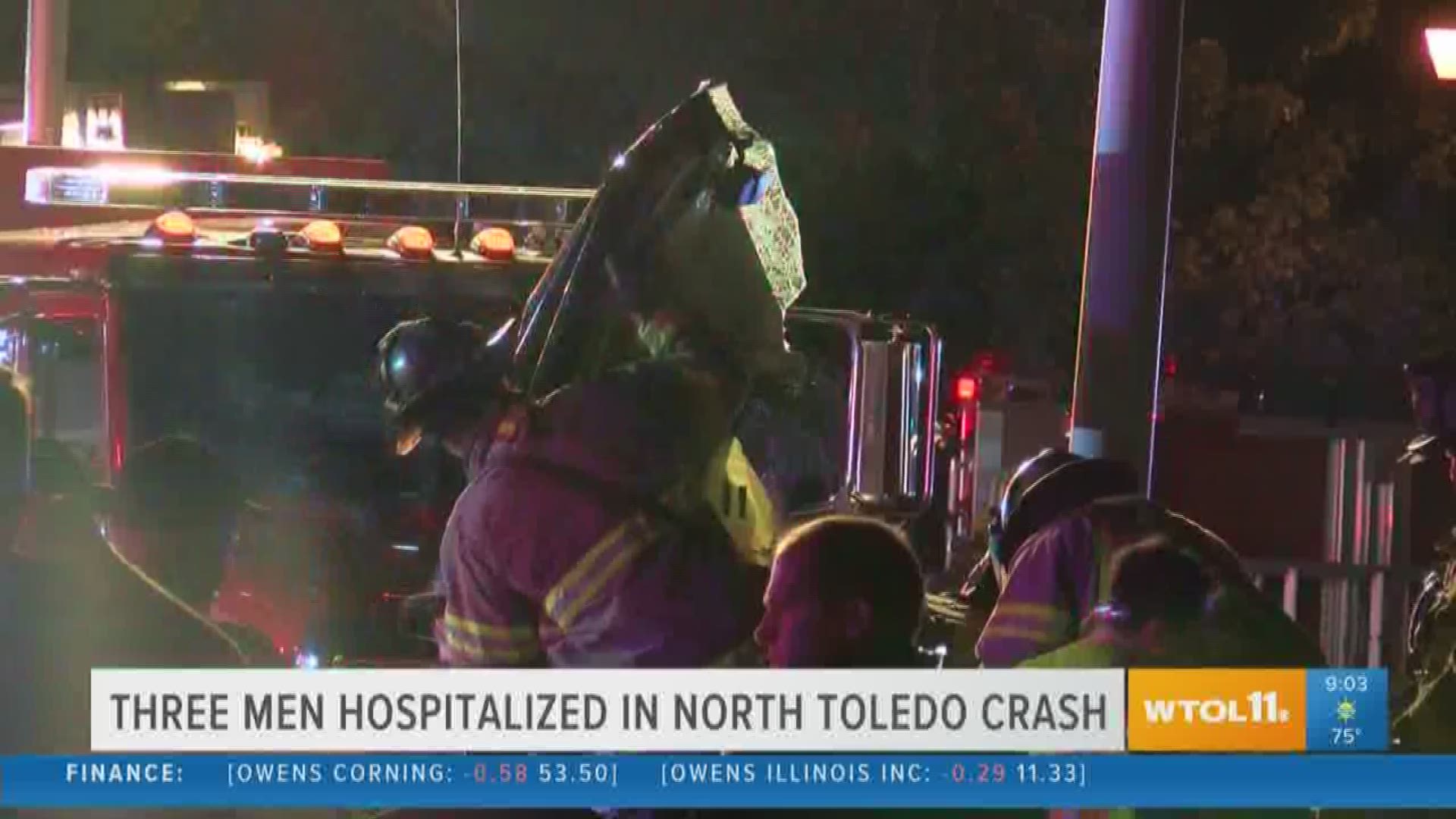 The incident happened shortly before midnight on Cherry and George in north Toledo.

Three men were rushed to the hospital after the driver lost control and crashed into a metal light pole.

Taywyn Mason, Treviyon Mason and Reynaldo Saldado, all occupants of the car, had to be mechanically extricated. One passenger was trapped in the back seat for over a half hour before finally being cut out of the car by fire crews.

An accident investigator was immediately on scene.

Witnesses described some of what they saw.

"I was like, 'Oh my god they're in the pole!' I heard this big boom like somebody hit something. Bam! No squealing tires. No nothing. Just boom," neighbor Joan Britt said.

"We pulled over there. He was trying his hardest to get out of that car. They all [were]. We [were] like, 'Just sit still,' and she called the police. She was like, 'Calm down guys, calm down,'" witness Makeyca Fench.

Cherry street was blocked off to all traffic for several hours while the scene was being cleared.