Authorities said the men were trying to retaliate against Whitmer due to what they viewed as her “uncontrolled power” during the COVID-19 pandemic. 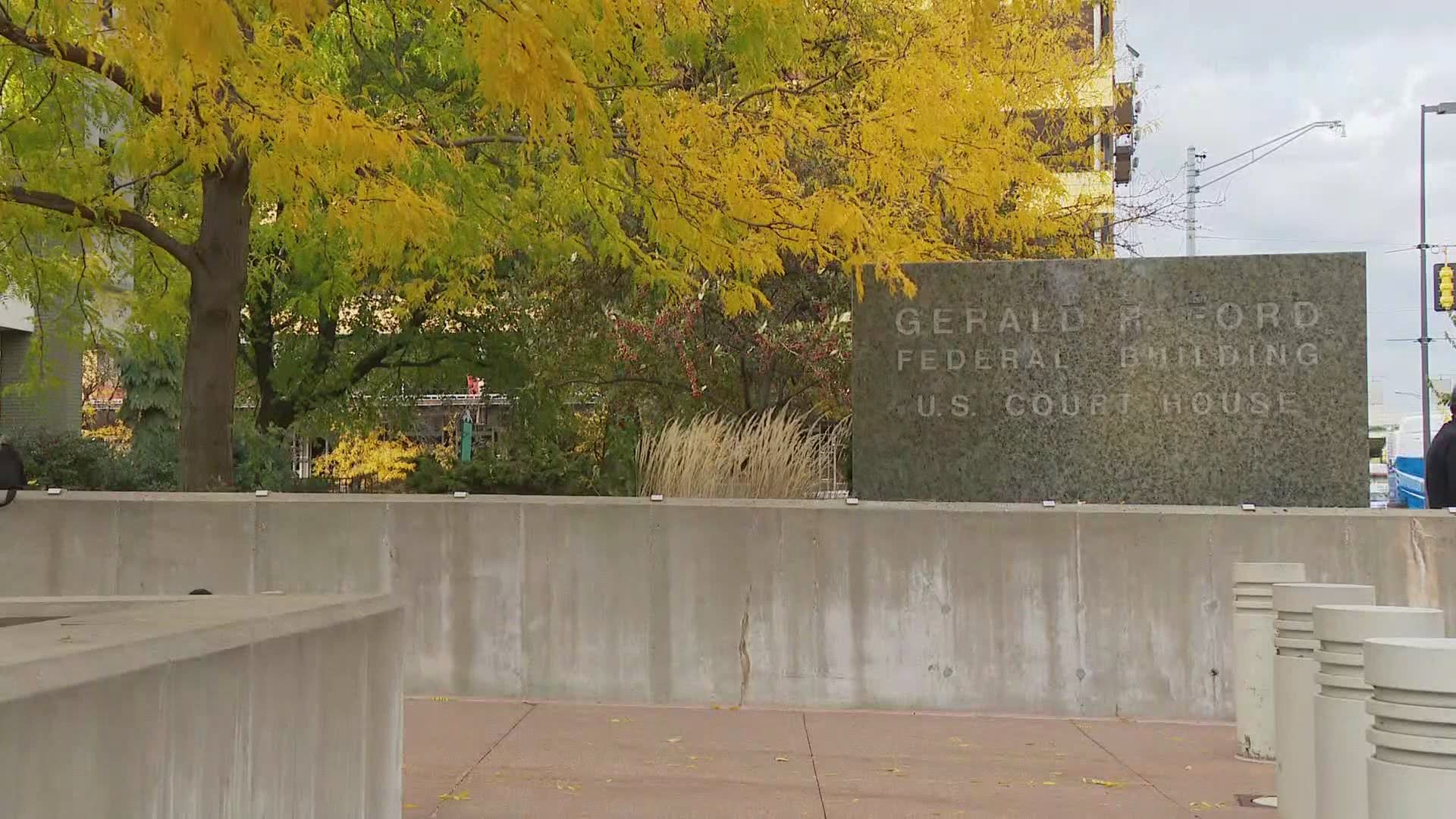 GRAND RAPIDS, Mich. — Members of anti-government paramilitary groups implicated in an alleged plot to kidnap Michigan’s governor over measures to slow the spread of the coronavirus during a fraught election year also discussed abducting Virginia’s governor during a June meeting, an FBI agent testified Tuesday.

During a hearing in a Grand Rapids federal court to review the evidence against the five Michigan defendants, Magistrate Judge Sally Berens ordered Kaleb Franks, Daniel Harris and Brandon Caserta to be held without bond until the trial. She said she would rule at a later date on the bond status of the other two Michigan men, Adam Fox and Ty Garbin. A sixth defendant from Delaware, Barry Croft, was ordered Tuesday to be transferred to Michigan to face the charges.

“They discussed possible targets, taking a sitting governor, specifically issues with the governor of Michigan and Virginia based on the lockdown orders,” Trask said, noting that the roughly 15 people at the June 6 meeting in Dublin, Ohio, were unhappy with the governors’ responses to the coronavirus pandemic.

Trask said Fox, who authorities say was one of the ringleaders and who was the only defendant without a mask at the hearing, said during a post-arrest interview that he considered taking Whitmer from her vacation home out onto Lake Michigan and stranding her there on a disabled boat.

The FBI learned of the June meeting while investigating various anti-government groups, leading to the months-long case in Michigan that relied on confidential sources, undercover agents and clandestine recordings to foil the alleged kidnapping conspiracy, according to the criminal complaint and Trask’s testimony.

It wasn’t immediately clear if the talk of targeting Virginia’s Democratic governor, Ralph Northam, went beyond the June meeting, and nothing from the criminal complaint or Trask’s testimony indicated that anyone had been charged with plotting against Northam. Trask said members of anti-government groups from “four or five” states attended that meeting, and the complaint noted that Croft and Fox were among those who were there.

During a news conference Tuesday, Northam said he wasn’t going to discuss the alleged plot and stressed that he and his family feel safe with the security the state police provide.

RELATED: More details coming out on plot to kidnap governors

“I’m continuing my work for the commonwealth as I would any other day.”

Earlier Tuesday, Northam’s spokeswoman, Alena Yarmosky, issued a statement in which she said the FBI alerted key members of Northam’s security team throughout the course of its investigation, but neither the governor nor members of his staff were informed, as per security protocols for highly-classified information. She said the governor and his family were never believed to be in imminent danger, and that there have been enhanced security measures in place for them for quite a while.

“Here’s the reality: President Trump called upon his supporters to “LIBERATE VIRGINIA” in April — just like Michigan. In fact, the President regularly encourages violence against those who disagree with him. The rhetoric coming out of this White House has serious and potentially deadly consequences. It must stop,” Yarmosky said.

Whitmer and others have similarly accused President Donald Trump of emboldening extremists.

Trump urged supporters to “LIBERATE” Michigan, Virginia and Minnesota in a series of tweets in April, encouraging protesters who turned up at state Capitols to oppose restrictions aimed at minimizing the spread of the virus.

Following the arrests last week, the White House said the president has condemned hate, and Trump tweeted: “I do not tolerate ANY extreme violence.”

In the Michigan case, authorities said the men were trying to retaliate against Whitmer due to what they viewed as her “uncontrolled power” during the coronavirus pandemic.

Some defendants conducted coordinated surveillance of the Democratic governor’s vacation home in northern Michigan in August and September, according to a criminal complaint. Authorities said four of the men had planned to meet last week to pay for explosives and exchange tactical gear.

Defense attorneys for several of the men used their opportunity to question Trask about the investigation to suggest that their clients were “big talkers” who didn’t intend to follow through with action.

During investigations of paramilitary-type groups, “you find a lot of people who talk about things, but they’re never a threat to do anything. It’s fairly common in these groups?” Scott Graham, attorney for Franks, asked Trask. “Big talk between crackpots — you’ve seen that, haven’t you? People who talk a lot, brashly, boldly, but are never going to do anything about that talk.”

Graham described Franks as a “follower, not a leader” and argued that he shouldn’t be detained before trial. He said Franks was a drug addict but had turned his life around and said there is “no evidence whatsoever” he would be a flight risk.

But Assistant U.S. Attorney Nils Kessler countered that it was a “serious plot” and argued that Franks should not be released. “There’s a serious public safety risk,” he said, not disputing that Franks was more of a follower than the men who allegedly led the plot.

The judge acknowledged that some of the men did not have a leadership role in the alleged plot, but she said their participation in repeated discussions about kidnapping Whitmer and surveillance of the governor’s vacation home convinced her they would be a danger if released before trial.

“It is the plot along the way that is clearly very dangerous,” Berens said. “This is a very, very serious crime.”

During a break, Gary Springstead, an attorney for Garbin, told reporters outside the courthouse that the allegations were “serious.” The defendants face up to life in prison if convicted.

“Anyone who is facing a charge like this would be very concerned,” Springstead said. “Literally your life and liberty are on the line.”

Whitmer, who was considered as Joe Biden’s running mate and is nearly halfway through a four-year term, has been widely praised for her response to the virus outbreak but also sharply criticized by Republican lawmakers and people in conservative areas of the state. The Capitol has been the site of many rallies, including ones with gun-toting protesters calling for her ouster.

Michigan, and particularly the Detroit area, were particularly hard hit by the virus early on during the pandemic, leading Whitmer to put major restrictions on personal movement and the economy, although many of those limits have been lifted since spring. 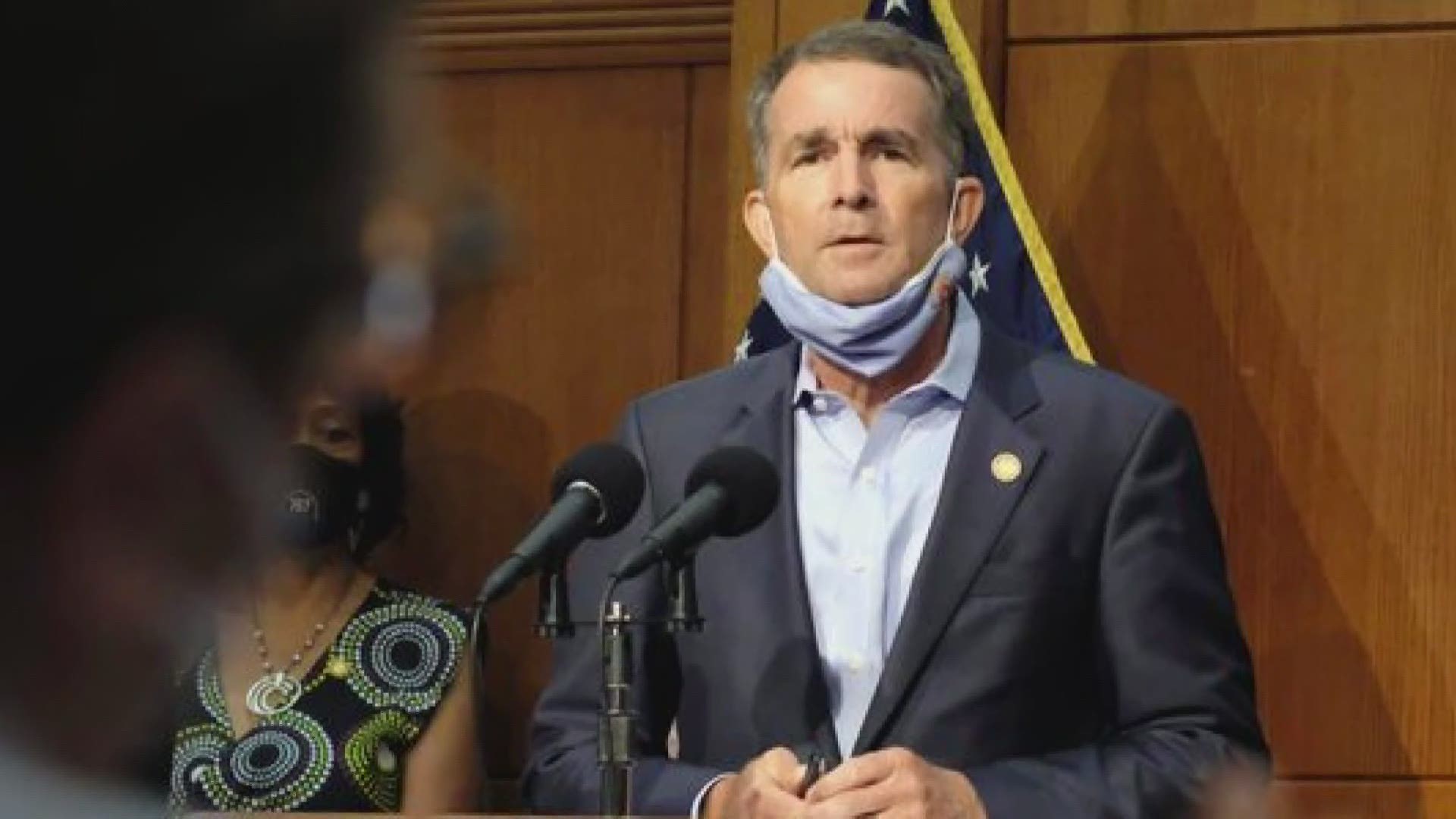