It was 25 years to the day on Tuesday that four teenage Austin girls were brutally murdered inside a former "I Can't Believe It's Yogurt" shop in North Austin. 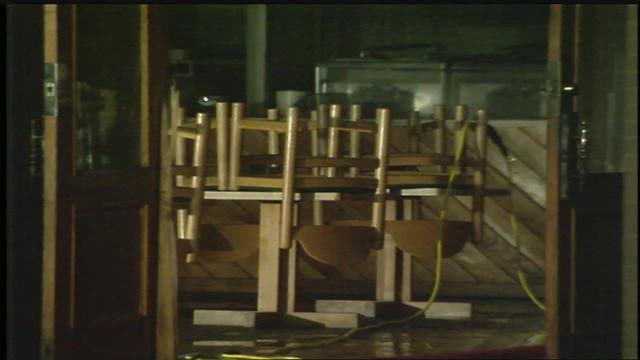 It was 25 years to the day on Tuesday that four teenage Austin girls were brutally murdered inside a former "I Can't Believe It's Yogurt" shop in North Austin.

The yogurt shop is no longer part of the strip mall off Rockwood Lane and Anderson Lane. Only a ground plaque with the names of Amy Ayers, 13, Eliza Thomas, 17, Jennifer Harbison, 17, and her 15-year-old sister Sarah remain on a memorial.

It's a memorial Mary Arnett visits every year.

"She was just a sweet little girl," explained Arnett, who once taught music to a seven-year-old Eliza Thomas.

"You would never forget her. She was very sweet and all the other kids just loved her," said Arnett.

The killing of the four girls is one of the most notorious unsolved crime for Austin police. They say it's the crime that changed Austin, and that the City lost its innocence that day.

The details are gruesome.

All four girls were tied up, stripped - some raped. Three of their bodies stacked. All four were shot in the head.

"I think of her every single day," said Shawn Ayers, Amy's brother.

Not a day goes by he doesn't think about Amy and the horror she went through.

"The day, a reminder of the passing and the tragedy. It's just a great sadness and you really can't get passed that today," said Ayers-Wilson.

In the late 90's, two of the four suspects, Michael Scott and Robert Springsteen, confessed to the murders and were convicted. Then their defense teams began working to reverse the ruling. The team representing Scott hired private investigator Louis Akin.

"I could not find anything that could convince me that he was guilty," Akin said.

He said he couldn't find evidence proving he was innocent either because a fire destroyed a lot of the evidence. In 2002, Akin began delivering subpoenas to potential witnesses. One of them was the mother of the prosecution's star witness. That's when he said things took a turn for the worse.

"So what happened then is the cold case unit saw that and assumed that I must not have had it issued by the court," Akin said.

He says the homicide detective working the murder accused him of misserving a subpoena, which wasn't true. Akin says was arrested for tampering with a governmental record and his PI license was suspended.

"Their obligation as an investigator was to walk down one flight of stairs from his office to the district clerks office and see if the subpoena had been issued, instead of doing that he jumped to his certainty," Akin said.

The subpoena was later found and the felony charge dismissed. His license was reinstated.

"It was right in with the others," Akin said.

To this day, Akin considers this frustrating fallout from an investigation that ended with overturned convictions for both Scott and Springsteen due to a procedural error. It wasn't until after that DNA testing revealed the DNA evidence found on Ayers didn't match any of the suspects.

"Matches somebody else who is still out there," Akin said.

APD's Cold Case Unit is still trying to find out who that DNA belongs to. So far, hundreds of people have been tested, but so far, no match.

"There are actually different subtypes of DNA you can test and this one is a male-specific DNA and there's no national database for it so we have to make the comparisons one at a time," said Detective Jay Swann.

Swann and seven other investigators in the Cold Case Unit say they will never give up.

Neither will Shawn Ayers and Barbara Ayers-Wilson, who both believe Springsteen and Scott are the killers. They are confident that one day, the men will be held accountable, and justice will finally be served for the girls they love.

As a father, Akin hopes the families of these four young women receive the justice they deserve.

To this day no one is being held legally responsible for the deaths of the four young women who worked at the yogurt shop.

Anyone with any information is asked to contact the Austin Police Department.