Participants spent their morning walking for awareness, celebration, support, and remembrance of all the people who have been impacted by ovarian cancer. 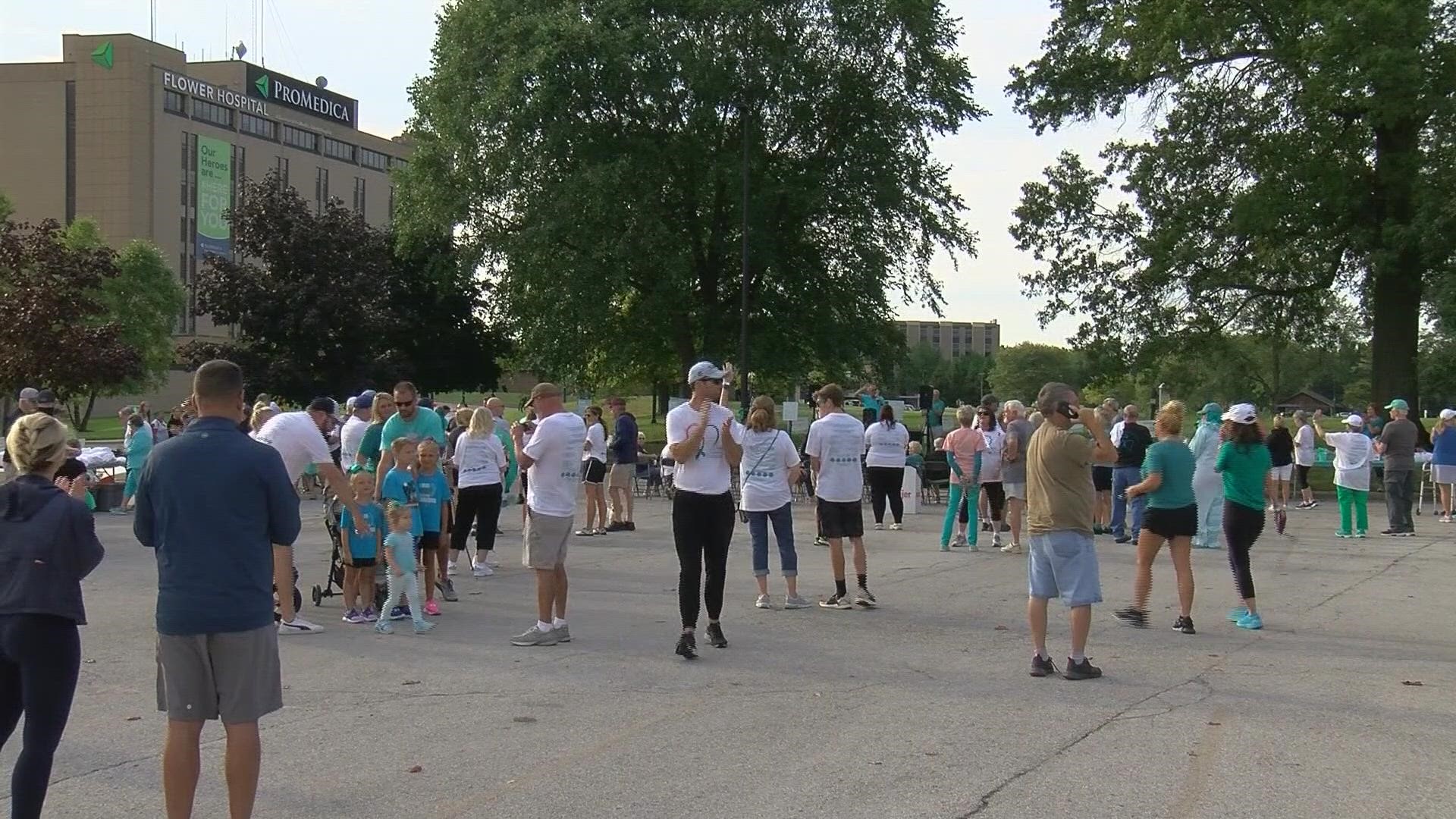 SYLVANIA, Ohio — September is Ovarian Cancer Awareness Month and people from across Northwest Ohio went teal for the Ellen Jackson Ovarian Cancer Walk on Saturday at Flower Hospital in Sylvania.

Participants spent their morning walking for awareness, celebration, support, and remembrance of all the people who have been impacted by ovarian cancer.

"It just means the people that we love, that have ovarian cancer, we're here to support them," said Doug Conger, who took part in the walk.

Ovarian Cancer is one of the top five cancer deaths in women, according to the American Cancer Society. It often goes undetected because symptoms are not common in the early stages.

That's why raising awareness is important to many of the people attending the ovarian cancer walk.

"It means a lot to me because I don't want sickness to be in the world and I want everyone to be healthy and good," said Cayden Szych about his great-grandmother, who died from ovarian cancer.

The 17th annual walk was in a new location this year and was once again in-person. Still, it had the same mission; honor the ones we've lost, encourage the ones going through treatment and celebrate the ones who have made it through.

Conger says he walked for his sister-in-law, who was diagnosed before they ever met.

"She's been a survivor for 30 years. We're here to represent for her and give her emotional support," said Conger.

He says his sister-in-law is doing great and was happy to support her.

All of the money raised at the event goes to the Ovarian Cancer Connection, which provides financial assistance to women undergoing treatments.