The memorial was designed by a local man with a replica of the Freedom Tower and a piece of antenna from the World Trade Center. 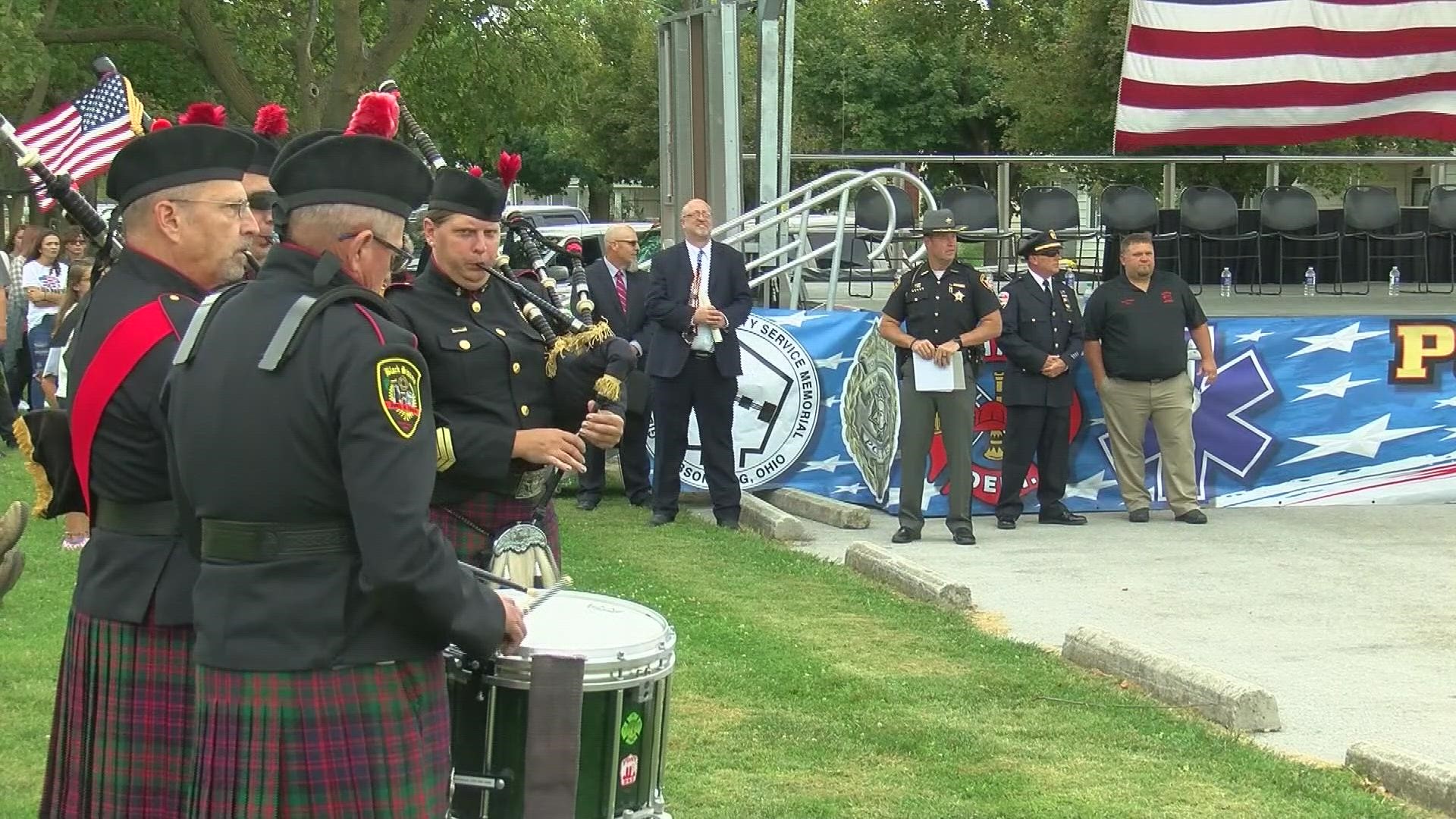 TOLEDO, Ohio — For many of us, we remember, every year, for the last 20 years, where we were and what we thought on the morning of September 11, 2001.

"I had just gotten off my shift. It was a 24-hour shift. That was our normal shift at the time. By the time I turned on the news, the first aircraft had already hit the first tower," said retired paramedic Chris Shay.

There was shock, grief, and an urge to call forth a higher power to help.

"We knew that God had to watch over them to keep them safe," said Mary Beaston with The Elks.

But as time moves on, a new generation with no memory of that morning has come along.

The  9/11 memorial in Gibsonburg is to remember, yes, but also to educate.

After 20 years young, innocent eyes learn of the horrors that unfolded live in living rooms across America on September 11, 2001.

"Four planes crashed into the Pentagon, the towers and the field," said Cub Scout Collin Conoley.

"They fell down and the firefighters and police risked their life to go in there to save them," said Cub Scout Jeremy Myers.

Jim Havens, who designed the memorial, wanted to make sure everyone knows what happened that day.

"It allowed me to educate the younger generation about what this country goes through to be all the things we are," said Havens.

A towering hunk of antenna from the World Trade Centers is held up by a replica of the hope of Freedom Tower at the memorial.

"Well, they have to learn what happened many years ago,"  said Vietnam Veteran Don Omstead.

Remember, or learn, but never forget.