Ambler was pulled over and tased in March 2019 after leading authorities on a vehicle chase. He did not survive the incident. 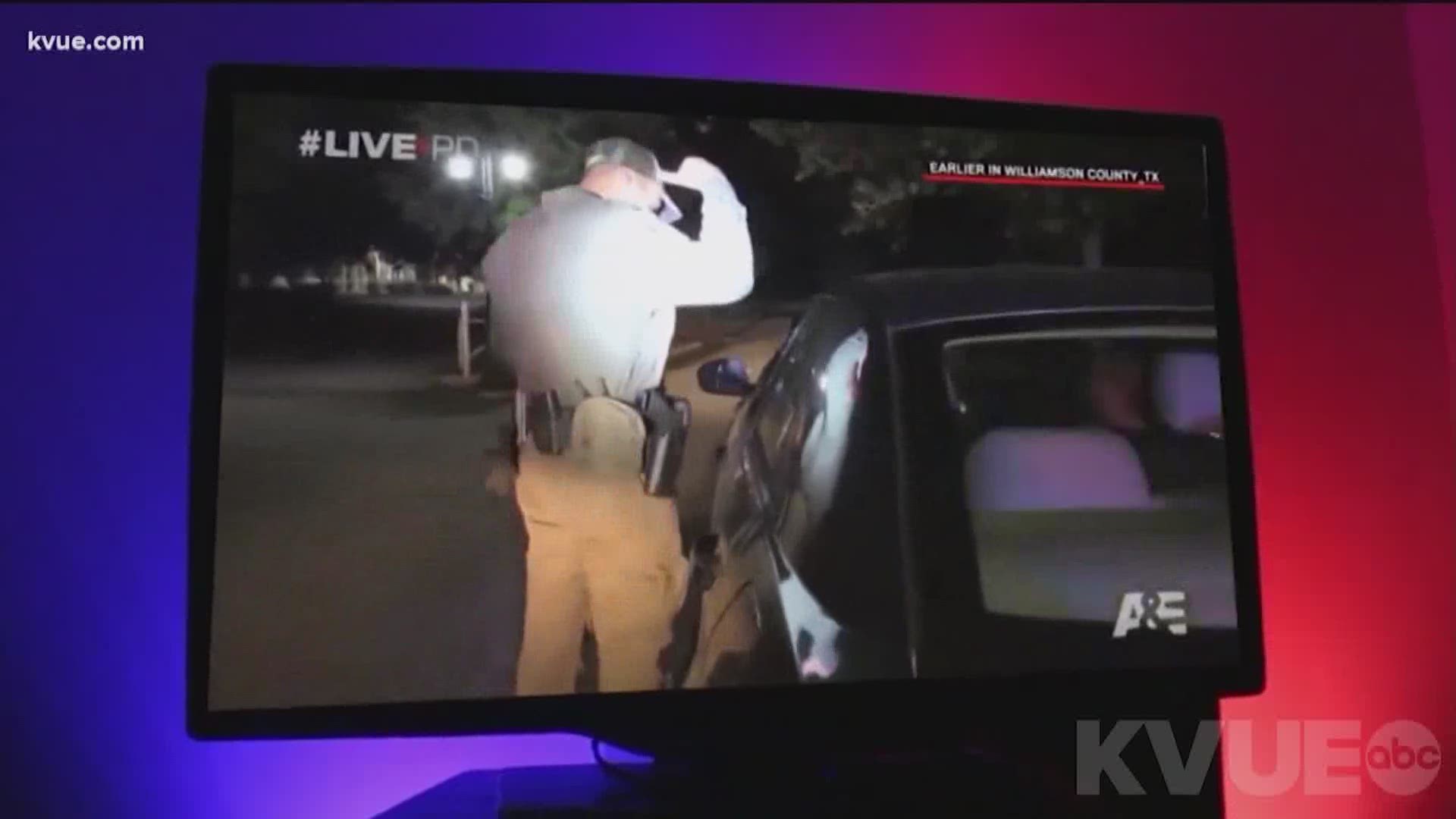 AUSTIN, Texas — The back-and-forth between Austin-area authorities and the producers of "Live PD" involving footage from the show came to a halt Tuesday when the TV network A&E released a statement saying, simply, it doesn't have the footage.

The footage in question regards an ongoing case from March 2019 in which Javier Ambler led police on a chase, crashed his car and was later tased by a Williamson County deputy after exiting the vehicle. During the incident, Ambler could be heard saying he has a heart condition and "I can't breathe."

Bodycam footage from an Austin police officer is the only video that has been released so far, which KVUE obtained and aired on Monday. In that video, Ambler loses consciousness and law enforcement can be heard stating that he does not have a pulse. Ambler did not survive.

There has been an ongoing investigation surrounding the case, and at the center of it has been whether "Live PD" obtained footage of the incident that night, since it was filming with the Williamson County Sheriff's Office, and whether the show should be required to hand over that footage to investigators.

Timeline: A history of 'Live PD' in Williamson County

“Video of the tragic death of Javier Ambler was captured by bodycams worn on the officers involved as well by the producers of 'Live PD' who were riding with certain officers involved. The incident did not occur while 'Live PD' was on the air but rather during the show’s hiatus, when producers are regularly out in the field gathering footage. The footage never aired on 'Live PD' per A&E’s standards and practices because it involved a fatality. Immediately after the incident, the Austin Police Department conducted an investigation using the bodycam footage they had from the officers. Contrary to many incorrect reports, neither A&E nor the producers of 'Live PD' were asked for the footage or an interview by investigators from law enforcement or the District Attorney’s office. As is the case with all footage taken by 'Live PD' producers, we no longer retained the unaired footage after learning that the investigation had concluded. As with all calls we follow, we are not there to be an arm of the police or law enforcement but rather to chronicle what they do and air some of that footage and our policies were in place to avoid having footage used by law enforcement against private citizens.”

Since Monday, there have been conflicting statements between local authorities regarding the investigation. The Travis County District Attorney's Office has said the sheriff's office has been less than cooperative.

"For the last year, Wilco has stonewalled our investigation. We planned to take this case before a grand jury in April, but because of COVID-19 we’ll be empaneling this summer. We’re taking this case seriously and working to seek justice for Javier and his family," Travis County DA Margaret Moore said on Twitter. "To be clear, the DA’s office has been working with APD’s Special Investigations Unit (SIU) all along, as is the process in all cases per our [memorandum of understanding] with APD. I stand on my representations regarding the lack of cooperation with SIU by the Wilco Sheriff’s Office."

However, the sheriff's office said they were never contacted by the district attorney.

Can a sheriff be removed from office? Can anyone fire a police chief?

"Communication is always a key, and there’s a distinct lack of communication coming from the sheriff’s department and albeit there’s plenty of social media tweets and posts," Dick added. "But the kind of communication I’m talking about is very real, deep communication investigation working together and that’s just not currently happening."

"The specific facts regarding the Live PD video and the attempts by the Austin Police Department and this Office to obtain the video are material to the ongoing investigation. We will have no further comment at this time."

On Wednesday, A&E announced "Live PD" has been canceled.