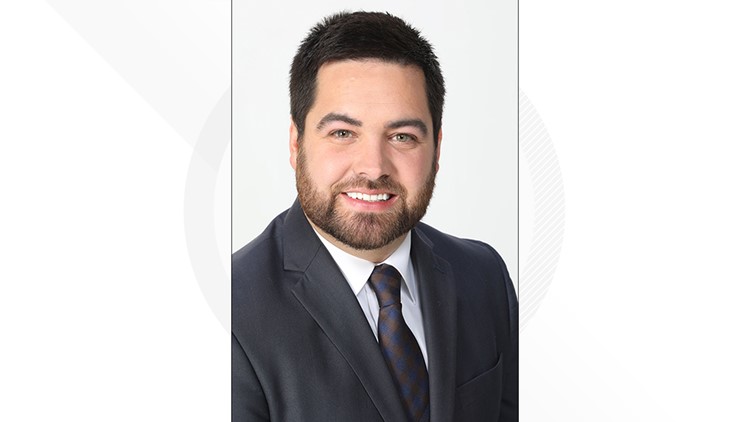 TOLEDO, Ohio — Jordan Strack is the Sports Director at WTOL 11 and has been with the station since 2008. He is a northwest Ohio native. He went to Maumee High School and is a graduate of Bowling Green State University.

Growing up in northwest Ohio, Jordan fell in love with sports from an early age. Some of his earliest memories include attending Toledo Storm games with his dad. That’s where he developed his love for hockey. He was on skates starting at 5 years old and still enjoys playing today. He’s been able to travel the world and has covered the Toledo Men’s and Women’s Basketball trips to Italy, Spain and London. He’s traveled with the Rockets football team to the Bahamas.

On top of traveling with the Rockets, some of the highlights of his time with WTOL include covering the Walleye in the Kelly Cup Finals in Newfoundland, and following the Walleye during playoff runs to Colorado and South Carolina.

He currently lives in Waterville with his daughter and their two dogs, Cabrera and Eve.