'Where was the mayor?' Cleveland businesses question city's response to looting, destruction 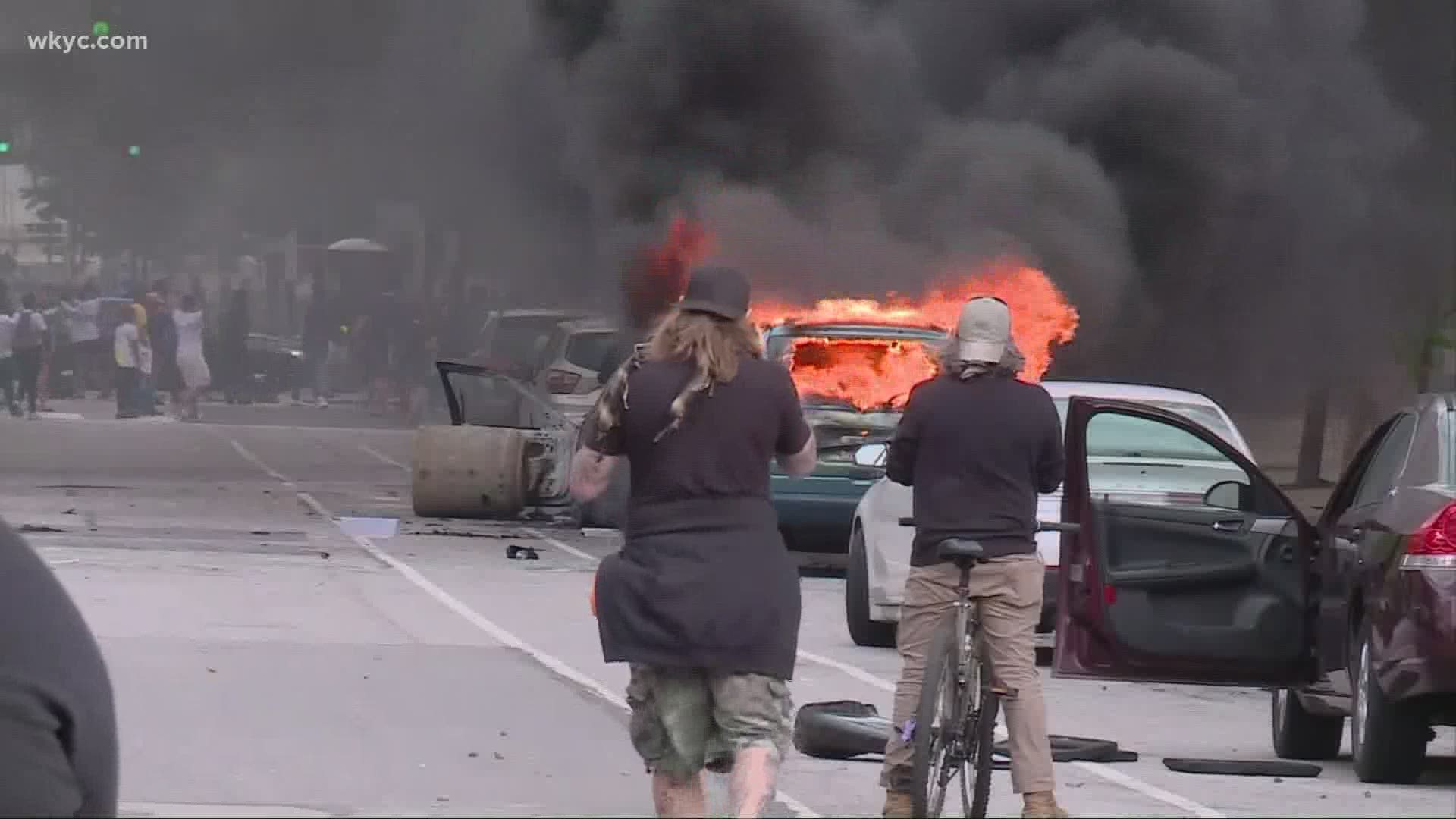 CLEVELAND — Tough questions are being raised over the city’s response to Saturday night's looting and destruction.

Cleveland Mayor Frank Jackson said the city handled Saturday's events well, even as store fronts were shattered, buildings were vandalized, and multiple businesses were looted and tagged with graffiti.

“We do what we do and we do what we do well,” said Cleveland Mayor Frank Jackson. “Did we desire a better outcome? Yes. But what happened, happened. And our police officers stepped up.”

Cleveland Police Chief Calvin Williams also defended his department’s response, saying that based on past demonstations, they didn't anticipate the violence that would unfold.

So, should the city have been better prepared?

“I don't believe there were enough police on scene. I think that was very clear to all,” said Cleveland City Councilman Mike Polensek.

He's right. 3News was there too. There was a large police presence at the Justice Center.

But when we got to Euclid Avenue, there were no police in sight.

And, let's not forget, there were warnings ahead of time. Days of violent riots had been erupting across the nation, even just down the road in Columbus.

And by the time more officers responded, it was too late.

The damage was already done.

The Chocolate Bar's general manager said they closed early because they could sense what was coming.

“We definitely knew hey let’s get out ahead of this. It's sad because if we knew, where was the mayor? And, that's the big thing. We we were let down,” said Shawn Freeman, general manager at the Chocolate Bar.

So where was the mayor and the police chief? 3News reached out all day Saturday and we were told a statement was forthcoming.

That statement didn't come until after 7 pm.

The mayor didn't appear on camera until 1230 am via a Facebook press conference.

“We absolutely need answers from the mayor,” said Freeman. “We’d love to have a town hall with the mayor. City hall, they failed us.”

We reached out to both the mayor's office and to the police department again on Monday requesting interviews. Our requests were ignored.

RELATED: 'Each of us is part of the problem, or part of the solution': Cleveland schools CEO Eric Gordon addresses killing of George Floyd

RELATED: As Cleveland's curfew is extended, community leaders weigh in on violence