What would you pay for a COVID vaccine? Scammers are betting it's a lot

Some only lose money, but you could potentially lose much more. 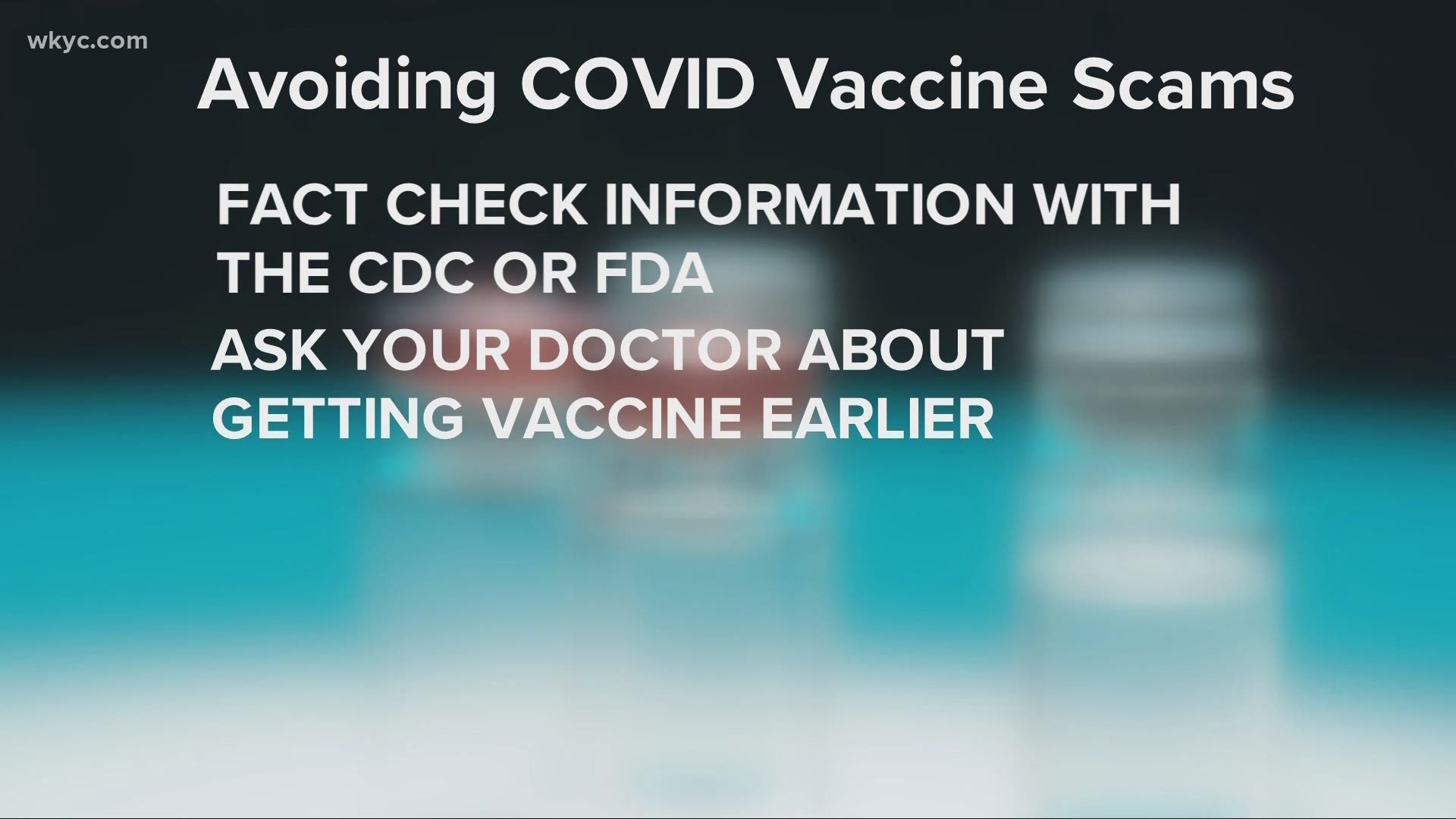 CLEVELAND — The next group for vaccinations will open up next week, but since supplies are limited, some folks might be tempted to look for other ways to get the shot.

Just remember, scammers know this too, and with so many desperate to get vaccinated, thieves have begun texting, emailing, and even calling pretending to help.

"These are the bad guys posing as someone, usually a government agency, although sometimes they have posed as the vaccine makers themselves, trying to trick consumers to give either money or to give sensitive information," Jon Steiger from the Federal Trade Commission told 3News.

RELATED: Here's where to find information on COVID-19 vaccine providers in Northeast Ohio

They'll claim to get you on the short list for the shot, offer the vaccine if you take part in a clinical trial, or just sell a fake one outright. European law enforcers found an online ad selling a fake Pfizer vaccine for 06882 Bitcoin, or about $1,300.

The best case scenario is you'll lose some money, but Archer News Network cyber security and tech journalist Kerry Tomlinson says it could be much worse.

"[Let's say] the liquid they give you doesn't work," she explained. "You think you're protected, [then] you get exposed to the virus. You end up with nothing, or they give you a liquid that is harmful, can make you sick or even kill you."

But even mistakes by government officials are setting people up to get scammed. People like Pat Dimitroff, who tried to get through on the vaccine reservation line set up by her county in Florida.

"I kept hitting redial," she explained. "Redial on one. I get a busy, redial on the other."

After 40 attempts, she finally got through, but instead of getting a spot in line, she says, "The call is answered by someone that tells me I could get a $100 gift certificate from Walmart if I give them my credit card, and they charge $5 for delivery."

Turns out, the County outsourced the calls, and it seems a rogue employee was running the scam.

Then there's what happened last month, when a link from Cuyahoga County was shared on social media, letting people who weren't eligible sign up for the vaccine. It wasn't a scam, and the appointments just had to be cancelled.

And seniors: You certainly don't have to pay for the vaccine. Medicare and Medicaid are covering the costs. If someone contacts you claiming to be with them, don't give out any information.

More from the BBB and AARP