Here's what to do if you’re a victim. 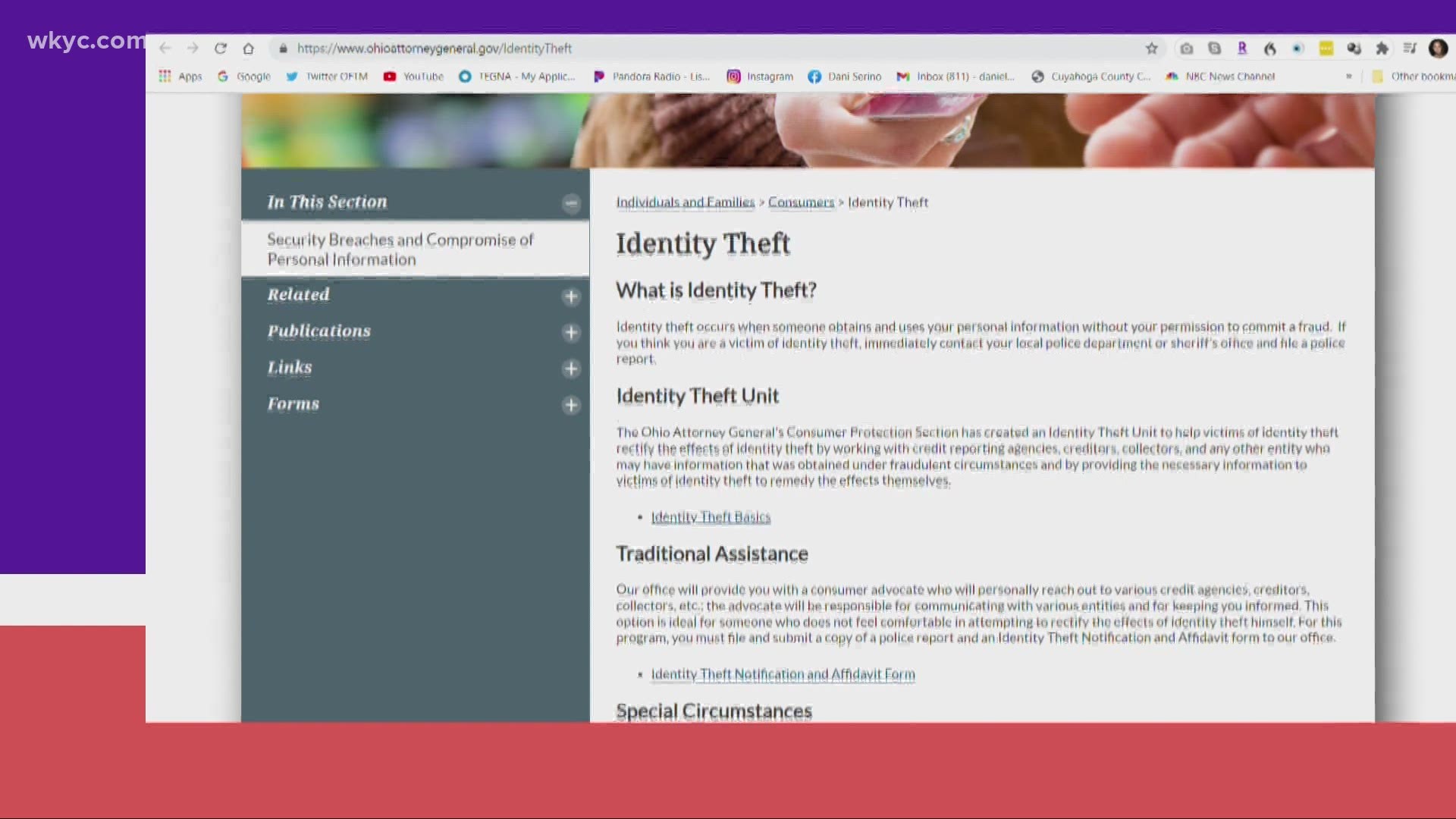 COLUMBUS, Ohio — Despite an increase in the country's jobless claims last week, Ohio's unemployment rate remains lower than the national average. So when the state saw a 194% increase in claims, it knew something was up.

Turns out, much of it was fraud, and it's on the backs of honest taxpayers like Joanna Scanziello.

"I’ve been very lucky," she said. "I've never had to file for unemployment."

In fact, when 22 million people nationwide lost their jobs last year because of the COVID-19 pandemic, she kept working remotely as an insurance underwriter.

"Which was really great," she said, "because I just had bought a new car a few years ago, and I'm thinking, 'I want to be able to pay for it myself.'"

So imagine her surprise when she got a letter in the mail giving her a Personal Identification Number to access her unemployment benefits. The next day, she received a letter giving her a temporary password.

"At that point, I'm really panicking, because they are using my name to collect unemployment," she said. "Who knows whatever else they got; my social security number, address, whatever."

This isn't a one off: Last week alone, the Ohio Department of Job and Family Services reported that of 144,000 claims, at least 44,000 were flagged as potential fraud. They expect more to come, which is slowing down payments of legitimate claims.

"The criminal actions of those hoping to benefit from this worldwide emergency have caused hardship and anxiety for honest people in the state of Ohio," ODJFS Director Kimberly Henderson said.

And no one is immune, including Gov. Mike DeWine, his wife Fran, and Lt. Gov. John Husted, all of whom had fraudulent claims filed in their names. It's why the state's working with tech consultants to the tune of $1 million to stop the fraud and speed up claims.

"We're looking under every rock and we're looking at every technology partner to help us find the right ways to mitigate and minimize that risk," Jeff Ficke, managing director of the consulting firm Russell Allen Partners, told 3News.

If you haven't applied for unemployment, here are the red flags that your ID may have been stolen to file claims:

If you think you're a victim, go to unemployment.ohio.gov, click on the red button that says "Report Identity Theft," and then click "ID Theft: What To Do-Individuals" and follow three simple steps:

Complete this secure online form. ODJFS will issue confirmation emails to everyone who files a report with information about identity theft and protection. The agency will process the reports, conduct investigations and, if necessary, issue corrections to the Internal Revenue Service (IRS) on 1099s issued to victims.

Please follow the IRS guidance to taxpayers on identity theft involving unemployment benefits. You can find it here. You don't want to owe, for money you never received.

Go to the Ohio Attorney General’s website, where there are resources for victims of identity theft. You should do it as soon as possible, because the more time you wait, the bigger the mess you'll have to clean up.

Scanziello has taken all the steps to protect herself but says, "I'm still feeling vulnerable because now I’ve got to give my personal information to these companies, but I don't see any other way out of this."

Place a free one-year fraud alert on your credit reports by contacting any one of the three nationwide credit reporting companies online or through their toll-free numbers. The bureau you contact must tell the other two: