These reports were designed to hold information about known side effects for medical devices. But some of those reports were hiding issues like cancer. 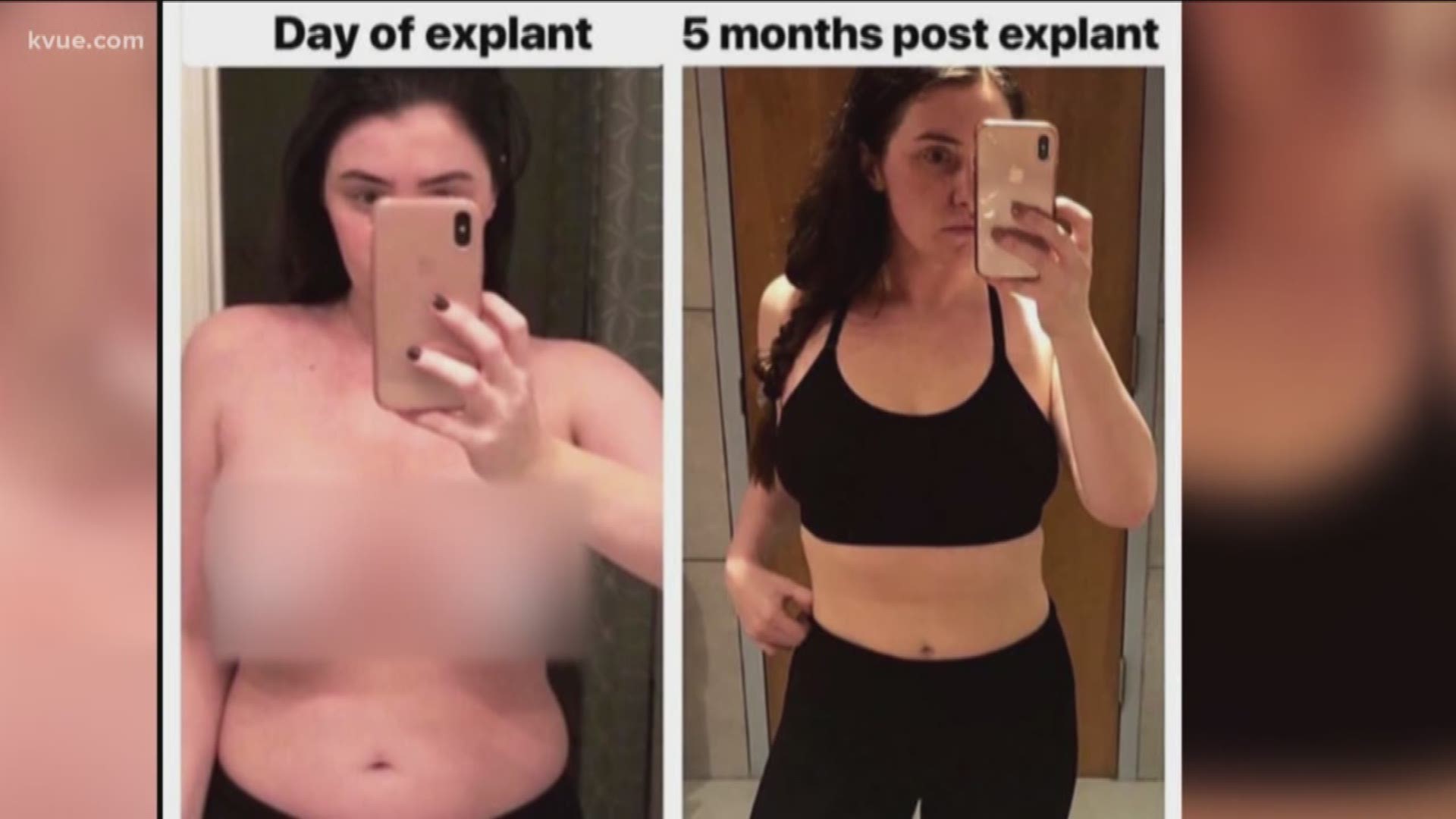 AUSTIN, Texas — For decades, the FDA has allowed certain medical device manufacturers to report problems with devices in papers that only government workers could see.

Problems that remained hidden from patients, doctors and you.

These hidden reports were designed to hold information about known side effects for medical devices – things that were not thought to be dangerous.

But the KVUE Defenders uncovered some of those reports were hiding issues like cancer.

Lacey Heatherly is one of many who experienced symptoms connected to a medical device.

Since a surgeon removed her breast implants five months ago, her life has never been clearer.

Heatherly’s symptoms were similar to thousands of other women, but she had no way of knowing.

“The FDA has millions and millions of reports that are not publicly available,” said Madris Tomes, a former IT manager for the FDA who started Device Events, LLC.

She said for decades the FDA has allowed certain manufacturers to file known side effects in what are known as Alternative Summary Reports (ASRs), a name that was later changed to the Voluntary Malfunction Summary Reporting (VMSR) program.

“The FDA gives them [device manufacturers] an exemption and says, 'You can submit these in summation.' So what that is is a spreadsheet, and it's not publicly available. It is sent to the FDA and they file it in storage, and if you are trying to find the true number of problems with a device, you can't see those reports. You don't even know they exist. So you don't even know what to ask for,” Tomes said.

This program requires manufacturers to report deaths or serious injury events. The system was set up in the 1970s as a way to make reporting problems easier for medical device manufacturers.

But Tomes discovered one report could contain thousands of problems.

The reports had become a way to hide the true scope of what may be happening with certain devices. Case in point: breast implants.

"About two years ago, I had discovered summary reports were being used for breast implants. I did not know the extent of it, but what I'd found was that device companies thought a rupture wasn't a serious injury, and so they were saying, 'We can put this in a summary report,'” Tomes said.

When she also found cases of lymphoma being hidden in these summary reports, she brought her findings to the FDA.

“It took my finding this pattern for the FDA to say, 'Wait, maybe these shouldn't be coming in as summaries,'” Tomes said.

Defenders: How medical devices are approved by the FDA and why some say it no longer works

"So, 90% of the reports that existed the public didn't know about until that day,” Tomes said.

The FDA then ordered hearings. Dozens of women and doctors testified.

“How many lives have to be lost before action takes place? Isn't one life enough?” Jennifer Rob questioned the FDA panel at a hearing in February.

“After doing my research and finding out that the FDA and plastic surgeons knew prior to 2015 surgery that textured implants could cause this lymphoma, I feel sad and angry,” Roxanne Vermiland said at a hearing.

Surgical mesh: Defenders shine a light on yet another dangerous medical device

FDA does not test most devices implanted in humans, and one woman is paying for it

And it's not just breast implants. Several manufacturers – including those that make implantable cardiac defibrillators, pacemakers, mesh and tooth implants – have been allowed to file these summary reports for decades.

Now the FDA has recently announced that practice is ending. The FDA said: "This is part of a larger effort to end the alternative summary reporting program for all medical devices, which we intend to complete in the coming weeks."

But not before countless people like Heatherly suffered silently.

“I'm so glad I got these things out of my body,” Heatherly said.

Her experience has changed the way she views her own health.

“It makes me weary of the FDA period,” she said. “Are you completely trusting the doctor says and what the FDA says. If you think this just affects breast implants, you are so wrong because this concerns everything we are doing for our bodies.”

KVUE started a Facebook group called "Medical Device Dangers" for those dealing with medical devices to share their experiences and to provide resources and support to one another. Be sure to join the conversation with reporter Terri Gruca on Facebook, Twitter and Instagram.

If you have had experiences with medical device dangers, we encourage you to join the Medical Device Dangers Facebook group.