While the city of Adrian searches for permanent solutions to its water issues, a Wayne State University researcher is beginning to study the water independently. 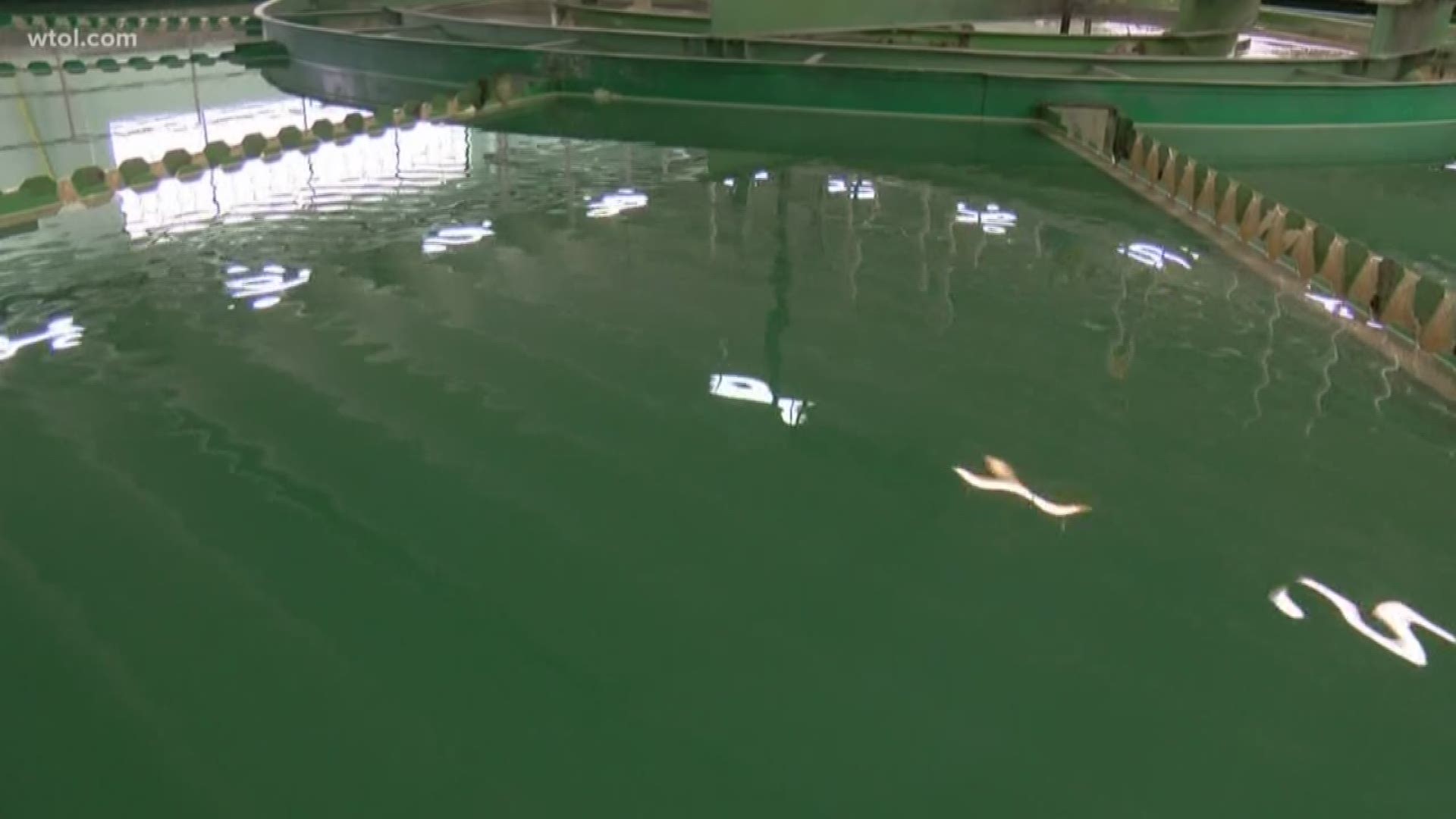 Residents have been complaining about their strange-smelling and tasting water since last July. That was when city officials notified residents that their water was safe to drink and use, despite a strange odor and “earthy” taste

City officials did not disagree with that assessment, but they are still defending the treatment process.

"We've tried to stress that, of course, we know that we've had some taste and odor issues. It's always been a seasonal thing," Adrian utilities director William Sadler told WTOL Tuesday during an exclusive tour of the city's water treatment plant.

Sadler wasn't shying away from the city's apparent problem with its drinking water, which is normally blended with 80 percent groundwater and 20 percent from Lake Adrian, he said.

Several residents have told WTOL over the last year that the water had a funky taste and smell for months or even years. Now, they said the issue isn't getting any better.

"The taste and odor issues that people used to complain about for just a couple weeks during the year are now all year round and still continuing," Lenawee County resident Pam Taylor said.

That's why a group of residents contacted Wayne State University in Detroit for help. Andrew James, a masters candidate there, will focus his thesis on the city's water.

"If weather permits, I want to get the first collection going within the next two weeks to a month, and then I want to also collect at the end of August where temperatures may be warmer and there will be more proliferation of the cyanobacteria toxin due to the warm weather," James, who is aiming to collect 45-60 samples from different residents, said.

It's a costly project but won't come at any expense for residents or the city since it is completely independent. It also is not slated to be completed until 2021.

James also said it's not designed as an "in your face" type investigation.

"I'm not disputing anybody or anything," he said. "I'm solely doing this to see if there is cyanobacteria toxins in the water in Adrian, Michigan."

But Sadler said he has already seen results from the city's inspections.

"Every test that we've ever done, every sample we've ever taken and other individuals have taken have always shown that the water has been safe to drink," Sadler said.

Sadler added that's not to say there isn't a need for potential upgrades to the city's treatment equipment or process.

"Am I gonna sit here and say that we have the most recent, the latest and greatest? Probably not," Sadler said. "But the industry changes all the time."

When asked if the water treatment facility on Bent Oak Avenue needed upgrades, Sadler said, "It's possible. And that's why we've hired a firm to come through and provide us with options: long-term, mid-term, short-term options of what we can do to help not only with the taste and odor issues, but with the potential cyanobacteria issue."

The firm's report is expected in mid-June, according to Sadler.

But now, as warmer temperatures and the inevitable algal blooms approach, neighbors await their fate.

"Again, I can't sit here and promise you that something doesn't develop out in the lake. Nobody can," Sadler said.