When she needed repairs on her 14-year-old deck, Anne Garmatter hired a local contractor. Two months later, her deck is in shambles and she's out $2,000. 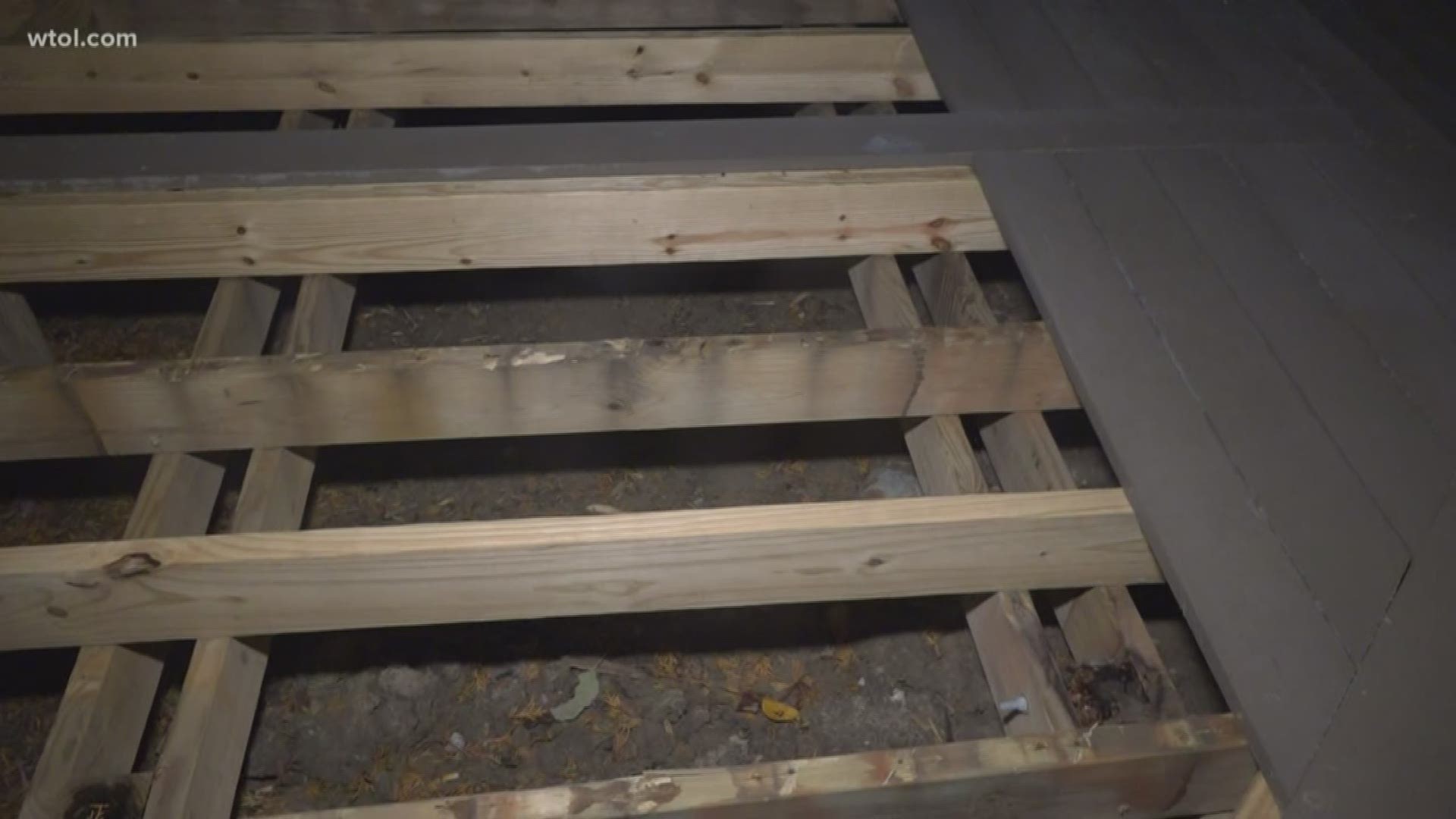 PERRYSBURG, Ohio — As our nights steadily become cooler, you may be thinking about sitting outside and enjoying a bonfire with the family.

It's something one Perrysburg woman would love to do but there's one problem: her deck is in shambles and she's blaming it on a local contractor.

Anne Garmatter said her family loves their deck and uses it year-round. Not only is it a great place to hang out, but there's some nostalgia built into the boards.

"The deck is 14 years old," she said. "My husband built it. My husband is now deceased."

Garmatter said her husband built the deck with his bare hands. But now it's in need of some repairs, so she reached out to local contractor John Silva for help.

"I called him, he came out and gave me an estimate," Garmatter said. "We talked about everything I wanted."

The quote came at just under $5,000 which was a bit steeper than she expected, but she still agreed to the work. She initially put down $2,000.

But Garmatter said after weeks of Silva giving her the runaround, what she got in return was a disheveled mess.

"So here I am with this half-finished, shoddily-done," she said. "He would lie to me about everything. He had used a teal Sharpie marker on the board and then he ended up using that board."

The cherry on top?

Silva answered a call from WTOL Tuesday night, though. He told us he would refund Garmatter's $2,000 if she returned the supplies, which she agreed to.

But since then, after promising to give WTOL a written statement, Silva has ignored our calls and messages.

"I'm already looking at other contractors to come in here and rip out his mess which is going to cost me even more," Garmatter said. "But right now I'm to the point that I just don't care. I just want to get it done correctly."

Garmatter said she just wants her money back and has no interest in Silva returning to complete the work at this point.

WTOL will continue to reach out to Silva in hopes of solving this dispute.