With abundant construction on Sylvania Avenue between King and McCord Roads, the Lucas County Engineering Department hasn't been able to maintain the nearby verges. 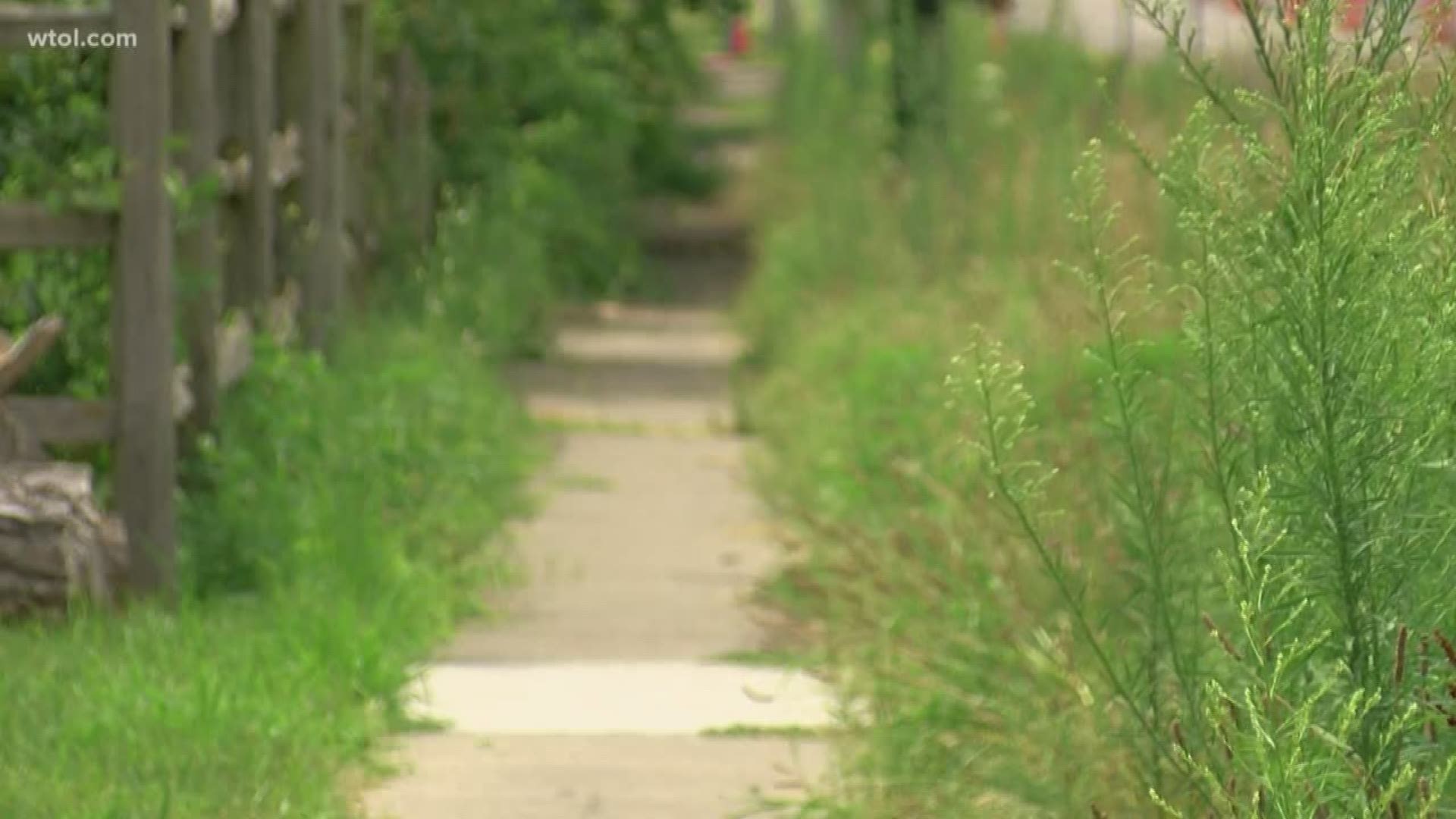 SYLVANIA, Ohio — You've likely run into the construction on Sylvania Ave. between King and McCord that's causing road closures and detours around town.

But there's also a potential danger for pedestrians in that area.

Brandi Shepard teaches at Southview High School and often uses the sidewalk for her commute to work, on foot or on a bike.

But lately, neither of those options have been possible.

"Other years it's gotten overgrown but never this bad," Shepard said. "I don't think anybody has been out at all this year."

"Somebody posted on Facebook about how everything has been so overgrown along Sylvania Avenue here between McCord and King," she continued. "I commented as a non-driver, whenever I try to go into work or come this way, I can't use the sidewalk because on one side it's all the overgrown grass, and on the other side it's the foliage from the back of yards coming through. So there is no sidewalk."

So WTOL reached out to the Lucas County Engineer's Office, who promised to dispatch crews this week to cut the grass. They say it would have been done earlier, but construction delayed the maintenance.

It was good news for Shepard, who wasn't alone in her fight against the ragged verges.

"I've seen kids that can't ride their bikes so they're trying to criss-cross across the street and the construction," she said. "I've seen moms trying to bike ride with the little carry-on on the back with their little ones in it and they can't be on the sidewalk."

Lucas County road maintenance superintendent Greg Wimberly told WTOL Sylvania Avenue is mowed four times a year. It should be back in the normal rotation once all the construction is complete.