Some Springfield Twp. neighbors are asking for AT&T to trim some tree branches so they don't cause danger to motorists. 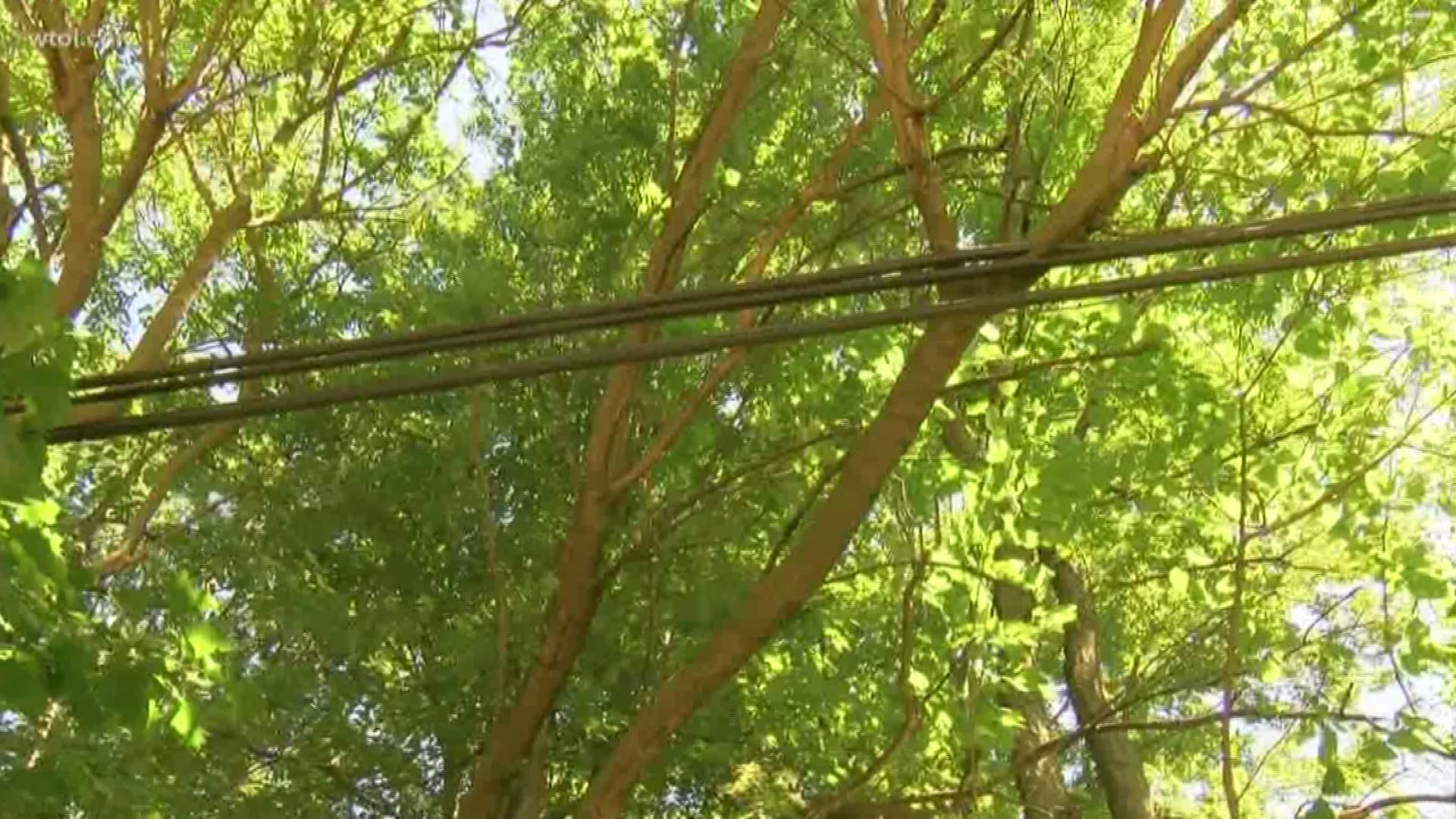 HOLLAND, Springfield — Residents in Springfield Township are raising concerns about a tangled mess of overhead cable lines they think pose a safety risk to the public.

Joe Adams has lived just off Nebraska Road in Springfield Township for six years, and for most of that, he's been trying to alert people to dangerous cable lines hovering above the road.

"Right now we've got tree limbs and whatever else that chronically lay on those lines," he said.

"It's a 50 mile an hour speed limit out there. Somebody hits a tree limb or whatever else when it falls in the road, and it will, or if it's dark and somebody swerves and hits somebody head-on. I mean, who knows?"

The poles are owned by AT&T and have nothing to do with Springfield Township or Lucas County.

But Adams said it shouldn't matter who owns them, simply that they take care of a dangerous situation before it becomes a more serious matter.

"All I care is they take away the danger to the general public," Adams said. "It's their right-of-way, it's their equipment. You would think they would not want to have their system destroyed or have to repair it. So it's being proactive. It's called general maintenance, it's called taking care of business."

But if nothing else, Adams said he hopes the proper authorities take action before tragedy strikes.

"Let's wait until they fall on a school bus or something. Now it becomes a newsworthy event. But they'll just blame the supplier," he said.

AT&T provided WTOL with a statement that read, "We have inspected our equipment in this area and confirmed it is not at risk from surrounding trees."

The statement went on to say that AT&T does believe the trees in the area could pose a safety risk. WTOL reached out to the Lucas County Engineering Office, who said that is AT&T's responsibility.