The battle is far from over. 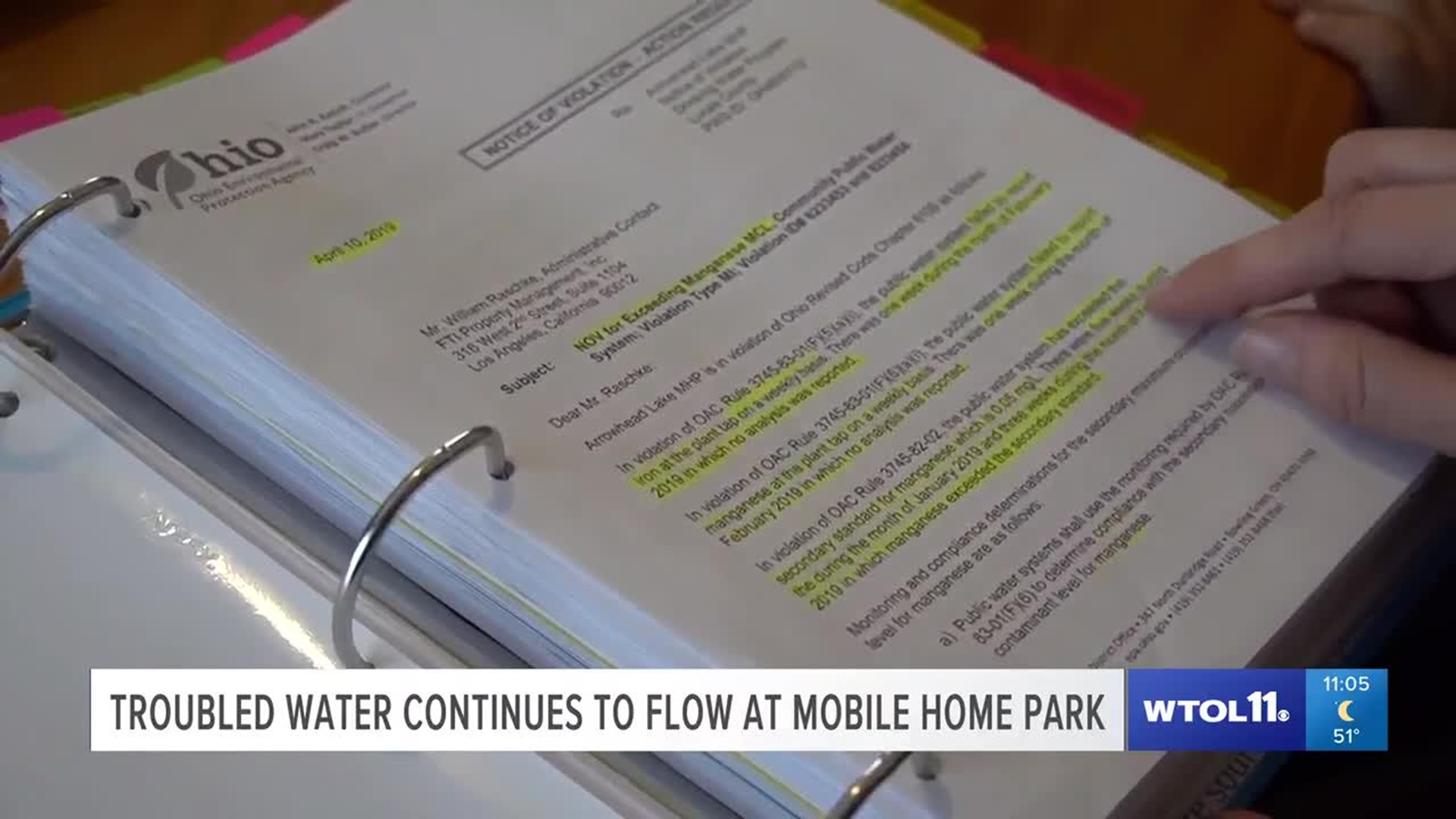 TOLEDO (WTOL) - Dirty water continues to flow at a Swanton mobile home park but residents are now raising money and awareness, taking their battle to court.

Some residents recently put their rent payments into escrow, hoping to force Arrowhead Lake Mobile Home Park to take action on their water supply, which they say is no longer just an inconvenience, but a health hazard.

WTOL previously reported about the water issues at the park, which included a bad taste and odor.

"I'm looking forward to having them be forced to correct our water," resident Elizabeth Hummel said.

On Wednesday, the water at Hummel's home was clear, but neighbors said that's not indicative of how it could look or smell tomorrow. Odor and taste aside, some residents were worried for their own safety and had the stats to back it up.

Pogan is researching the park's water as part of a college research project. She said she's no medical expert and can't make definitive conclusions, but believed the facts spoke for themselves. Facts, that she has presented to those fighting on behalf of neighbors.

"We were able to raise $2,500 in 24 hours to retain an attorney for every escrowed resident and there are 49 altogether," resident Cynthia Carr said.

But the battle is far from over.

"From what we've been told, Arrowhead would like to disqualify our specialist and get it thrown out of court,” Carr said. “Our lawyer will do his very best to take it to a hearing."

Now, Carr said, their lawyer will work with a water specialist who is s working pro bono on this case to present their findings to a judge, who could then make a ruling or schedule a trial.

Regardless of the outcome, Carr and others had one goal in mind.

"We want the water clean,” she said. “After the water's clean, we're gonna move forward from there."

WTOL reached out to the water specialist, but we were told he is out of town this week. WTOL also reached out to a spokesman with Arrowhead Lake’s ownership group, but he didn’t immediately return our call. The spokesman, Steve Anderson, also did not respond to our request for comment on our story back in March.