Call 11 for Action: Missed street gets potholes filled after WTOL steps in

After Deigle Drive in west Toledo was marked as "completed" in pothole repairs despite plenty of craters remaining, WTOL stepped in and got action from the city. 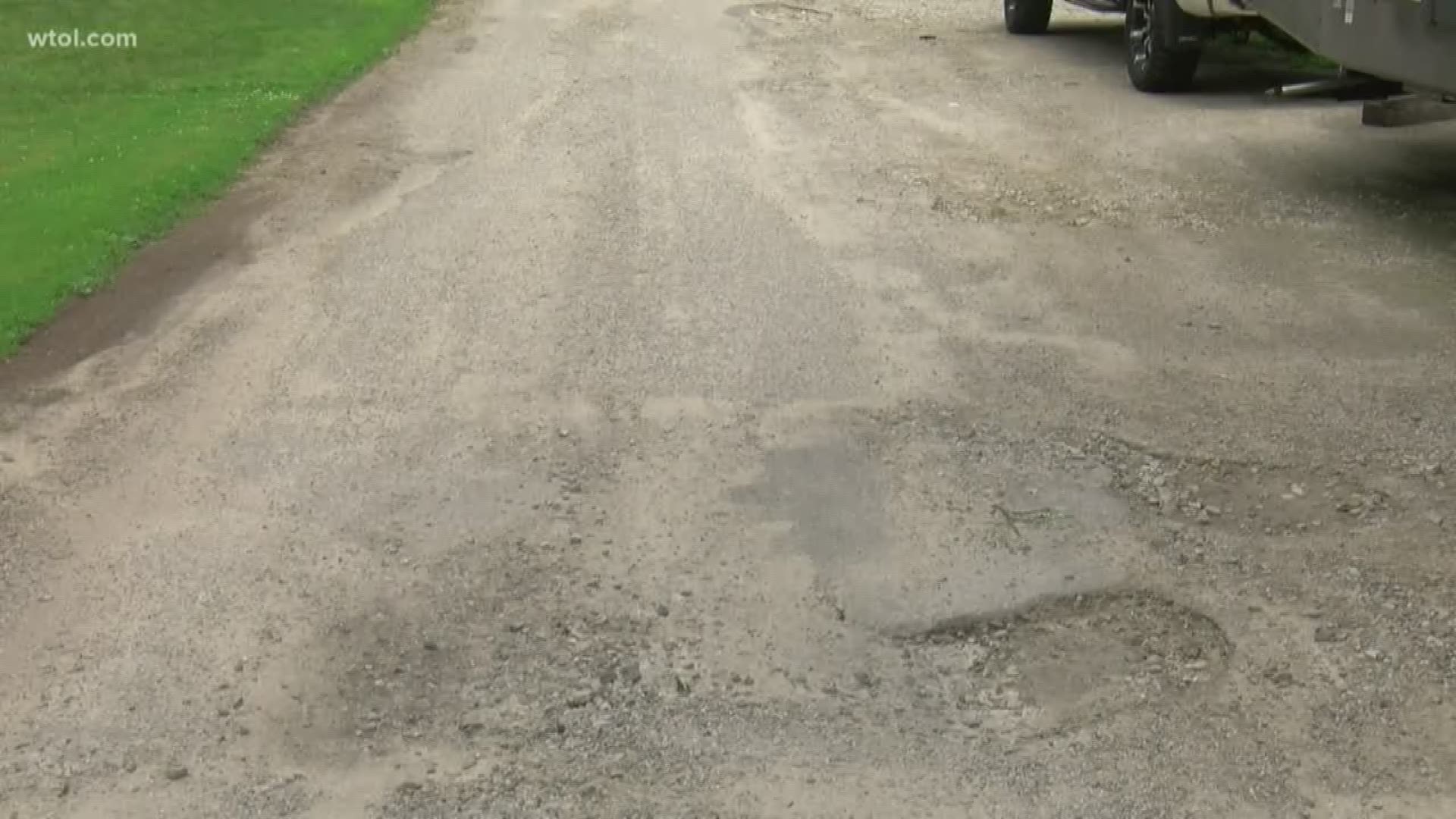 TOLEDO, Ohio — It has been a summer of pothole patching for Toledo crews but it appears they may have missed a spot or two.

More than a dozen craters lined Deigle Drive in west Toledo as of Wednesday morning.

Here's the confusing part: the city said it was completed during its emergency pothole program, in which they supposedly filled nearly every pothole in Toledo.

"I would say that 100% of the streets in the neighborhood have been filled except for Deigle Drive," neighbor Dan Whitman said.

The administration reported they exceeded their goal of 50,000 potholes in six weeks by 23,000 and according to a map showing the progress, that included Deigle Drive.

But Whitman said that's not the case. In fact, he said he was skipped right over.

"The city has been filling potholes in this area since spring and the 1st of June they were out here doing some side streets, but they didn't do our street," he said.

Now, in the heat of the summer, Whitman said he wants the city of Toledo to make up for its mistake.

A city spokesperson promised action as soon as possible.

"I'm frustrated because these potholes have been here since spring just like all the other streets around here, but they haven't been filled in and they're getting worse," Whitman said. "We have some of them that's going on 5 feet long and 2 feet wide and they're starting to get deeper and deeper."

On Wednesday afternoon, Whitman told WTOL that city crews had repaired every pothole on his street.