49-year-old Allen Henry tells WTOL 11 there was no problem with his mailbox placement for more than two years. But recently, that changed. 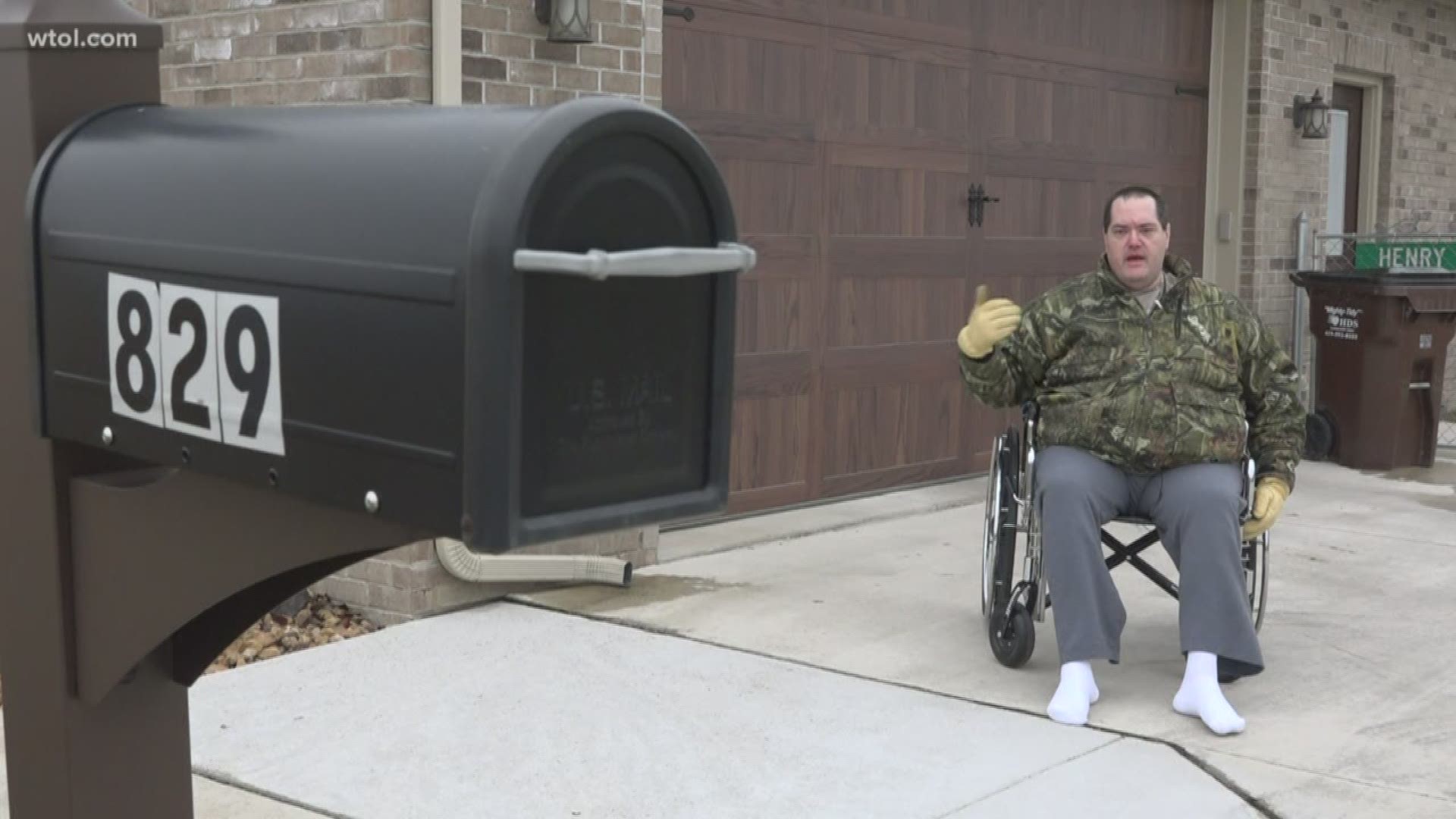 DESHLER, Ohio — Even in today's digital world, most of us still rely on our mail delivery for important documents, like bills and notices.

For one Deshler man, he's especially reliant -- not only on what mail is delivered but where.

Allen Henry, 49, doesn't have to go far each day to get his mail. In fact, Henry had his home specifically built with that in mind because he's paralyzed from the waist down.

"I looked at it. It was perfect. So we bought it," Henry said, speaking about his property.

Every home on his street has its mailbox on the opposite side of the road, which is easier for postal workers to access. In 2017, Henry asked the local postmaster for an exemption to that rule.

"Rather than me or my elderly parents try to get down the driveway and across the street, I asked if I could put the mailbox either here or at the front with a circle driveway," he explained.

A postal inspector went out and gave Henry permission to build his mailbox much closer to his front door.

"'Do we need to do anything different?' She said, 'No, it's perfect just the way it is.' Two years, we had no issues," Henry recalled.

But on Jan. 27, it wasn't a bill that Henry got in the mail. It was a letter from the USPS saying his mailbox could no longer be in his driveway.

The letter went on to say if Henry wanted to continue to receive his mail, he'd have to move his mailbox to the other side of the road.

The news also came at a terrible time, just mere days after Henry's mother passed away following a battle with brain cancer.

"We had nurses and aides and other people in the driveway," Henry said. "Then all of a sudden, we get this letter: 'We're not going to deliver mail. We can't get to your mailbox.'"

The Postal Service told WTOL 11 the situation has been resolved.

Henry said after we stepped in, he struck a deal with the postmaster to move the mailbox closer to the road, but not to the other side.

The timeline on when he must move it by is still unclear.