After residents on Bennett Road in west Toledo contacted WTOL about a neighboring yard that hadn't been maintained, we got action from the city of Toledo. 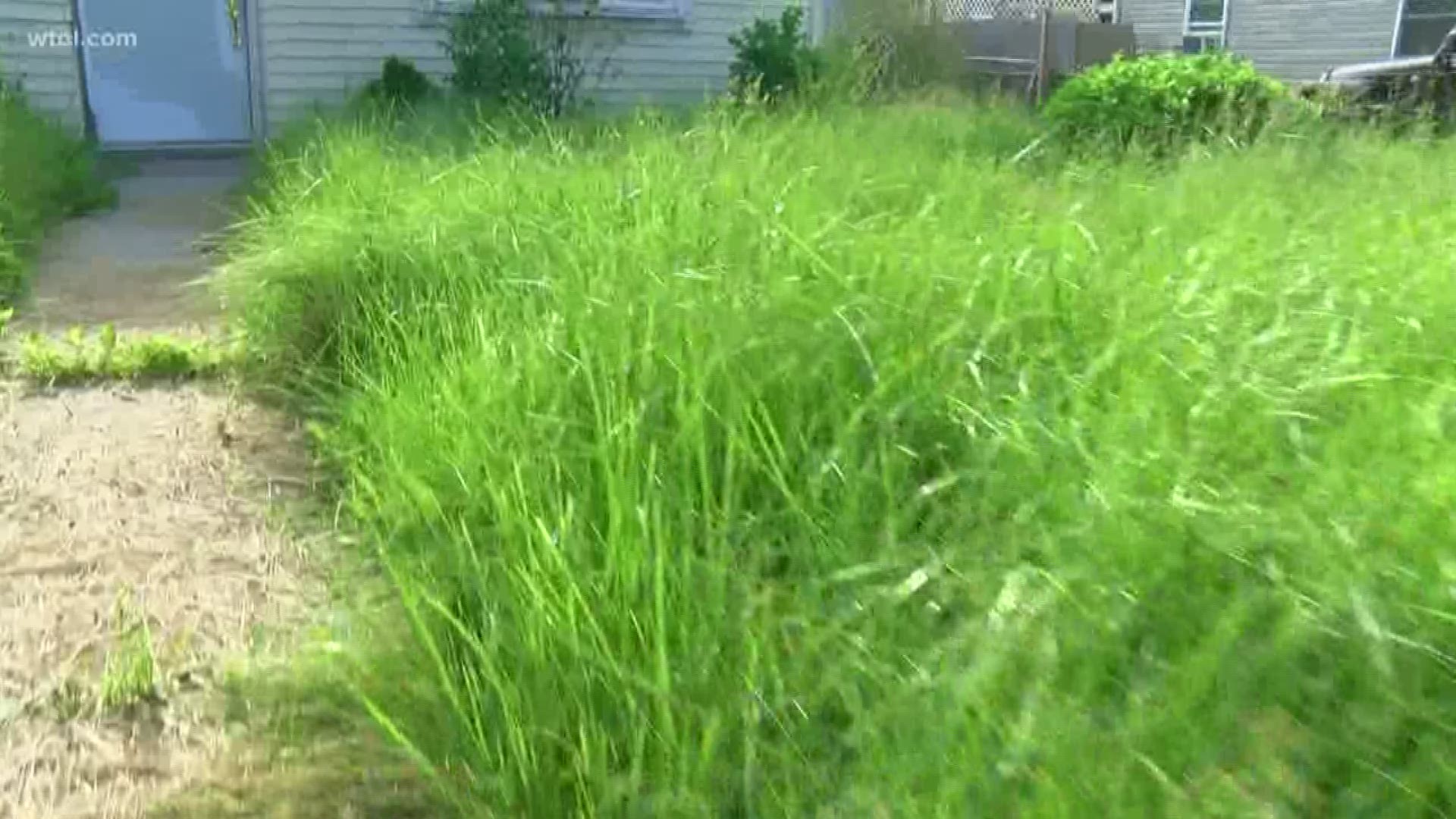 TOLEDO, Ohio — If you've ever wanted to visit the jungle, you may not have to travel that far.

However, this proverbial jungle has some west Toledo neighbors in the weeds.

County and city records showed the property at 5346 Bennett in west Toledo is under foreclosure. WTOL checked and nobody currently lives in the home.

The mailbox was overflowing while the grass continued growing.

Walker has lived in her home next door for the better part of two decades, but she said this problem sprouted about two years ago.

"Two of the neighbors here (have) cut it several times," she said. "We just got tired of cutting it."

"I'm more afraid of the rodents and the rats that we may end up getting and I don't want them in my home, and none of my neighbors do either," Walker added.

Both women said they have tried reaching out to the property owner, attorneys and the city, but to no avail.

So WTOL took a crack at it.

"We don't want to be a landscaping company," Toledo code enforcement commissioner Dennis Kennedy said. "We want to be one of the most expensive games in town because then that will be an incentive for the property owner to maintain their property."

Kennedy said since WTOL approached him with the problem, the city of Toledo will dispatch a partnering crew in less than a week to do some clean-up work.

But this home's owner can expect a bill stuffed into his mailbox.

"The services that we provide are not free and they're not for charity," Kennedy said. "We actually invoice for these services."

This property will be added to the list of about 2,100 other lots in Toledo that the city has to maintain twice a month, according to Kennedy. Each mow costs the property owner $150 on average, he said.