LMPD officer involved in Breonna Taylor's death to be fired 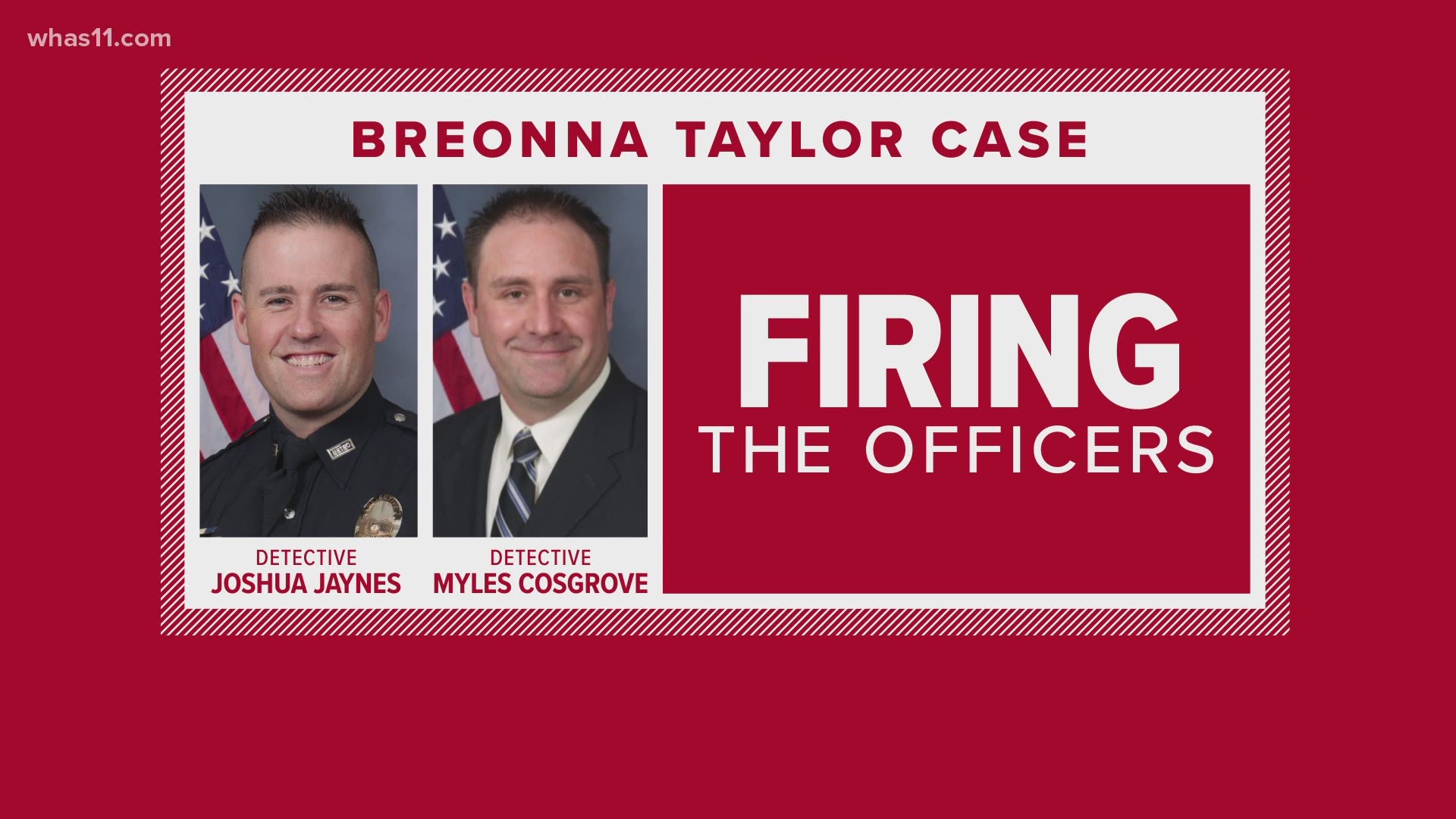 An investigation done by Cameron's office found that Cosgrove, Mattingly and Hankison all fired into Taylor's apartment after Mattingly was shot by Taylor's boyfriend, Kenneth Walker. Cameron said a report from the FBI lab found Cosgrove fatally hit Taylor.

In his announcement, Cameron said Mattingly and Cosgrove were "justified" in their use of force the night Taylor died, saying they were responding to Walker's shot.

While Hankison was indicted by the Jefferson County grand jury for firing shots that went into a nearby apartment, Cosgrove did not face any charges. Cameron also said murder charges "are not applicable to the facts before us."

The officer who obtained a search warrant for Taylor's apartment, Detective Joshua Jaynes, also received a pre-termination notice Tuesday, according to his attorney.