The files released by Louisville does not contain any material/documents from Attorney General Daniel Cameron’s or the FBI’s independent investigations. 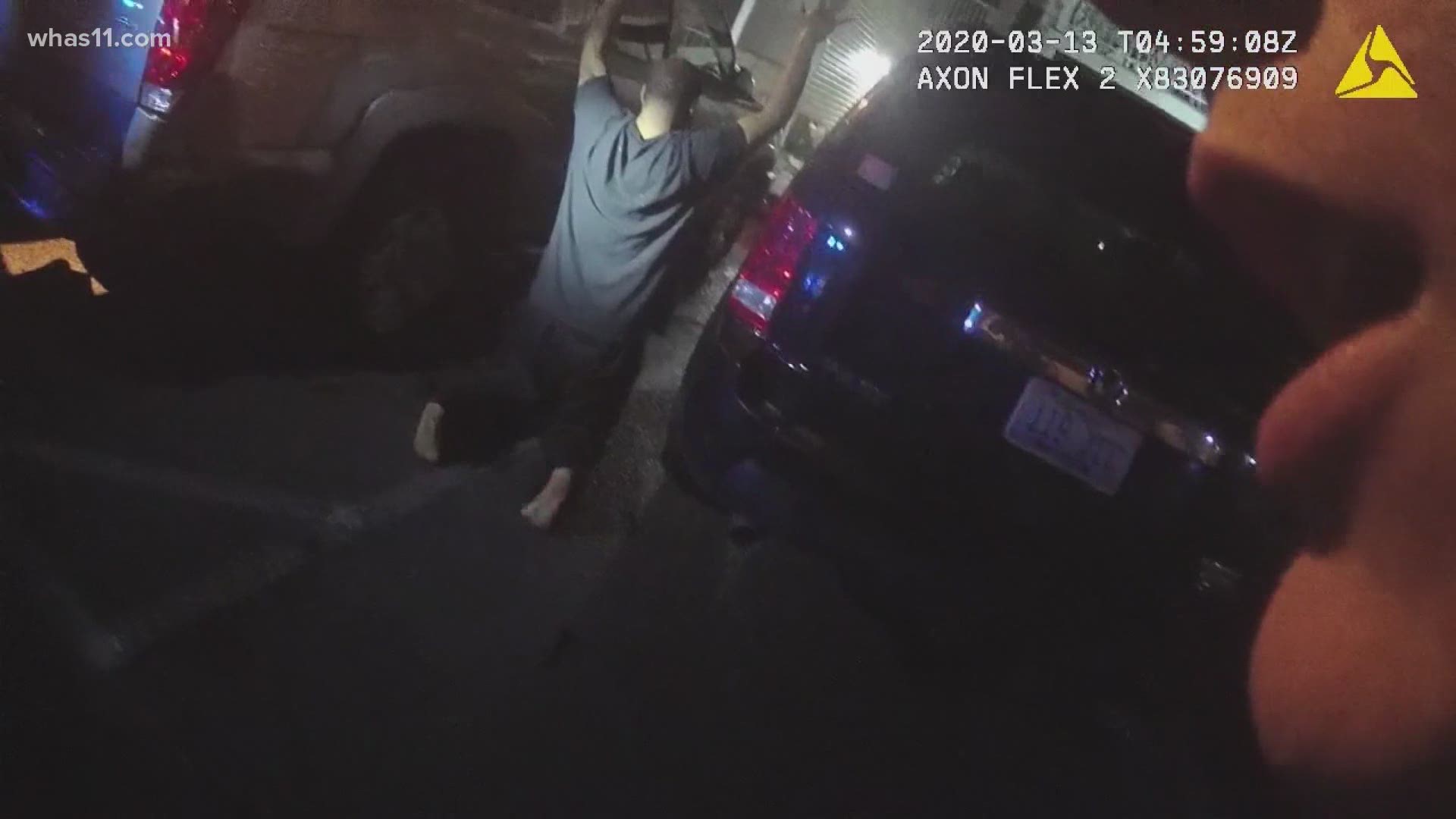 Mayor Greg Fischer confirmed the files were made public Wednesday.

The large file contains intensive information about the night Taylor was shot and killed by LMPD officers during the execution of a search warrant at her home. According to the mayor's office, the files do not contain any materials from Attorney General Daniel Cameron’s or the FBI’s independent investigations.

Unlike the grand jury recordings, the PIU files are electronic copies that include the following:

One moment that stood out from the evidence was video of the moment Taylor's boyfriend Kenneth Walker left the apartment. In a previously released interview, Walker said he did not know what happened and did not understand what he had done wrong when he was put in handcuffs and thrown onto a police cruiser.

Video in the PIU files show an officer yelling at Walker to "Walk straight back or I will send this dog on you."

When placed in handcuffs, Walker asks what he did.

Officer: "Who else is in the apartment?"

Walker: "Nobody, my girlfriend is dead...and there was banging at the door, she said who is it and then they started shooting"

In a March 13 narcotics file, Jamarcus Glover tells someone on the phone that he spoke with Walker when he arrived at the jail. Glover told the person Walker said he had no clue it was police at the door.

"I don't understand how they served a warrant for Bre's house when nothing ties me to Bre's house at all except these bonds," Glover said to a redacted person.

Redacted person: "Bonds and cars and 2016. It's just ties, though. Look at the ties since 2016, ever since Rambo and the camera right there, they see a mother f***er pull up."

Glover: "Yeah, she was out there the top of the week before I went to court. She gone turn her back on me cause she love that *****. That ***** Kenneth did this sh*t. At the end of the day, if I would have been at that house, Bre would be alive bruh. I don't shoot at no police."

Detective Joshua Jaynes, who sought the no-knock search warrant, said in his interview that he reached out to Sgt. Jonathan Mattingly to confirm through the Postal Inspection Service whether Glover had been receiving mail at Taylor's apartment.

Jaynes said Mattingly told him Glover was receiving Amazon and mail packages, but nothing "suspicious." Jaynes told investigators he did not speak directly with the Postal Inspection Service, saying Mattingly worked with them on a regular basis.

During his interview with PIU, Jaynes called the situation "unnerving," saying he would have done some of the investigation "a little bit differently."

"When I heard that, you know, an officer got shot, I mean, my heart was in my throat at that time," Jaynes said. "You know, I...and these are...these are our war— I mean, my warrants."

The WHAS11 team is continuing to go through the files and will update this story with information on findings.

Other findings so far:

RELATED: Breonna Taylor case: Here's what we know and don't know from the 15 hours of grand jury recordings