As price of insulin skyrockets, Ohioans drive to Canada for lifesaving medication 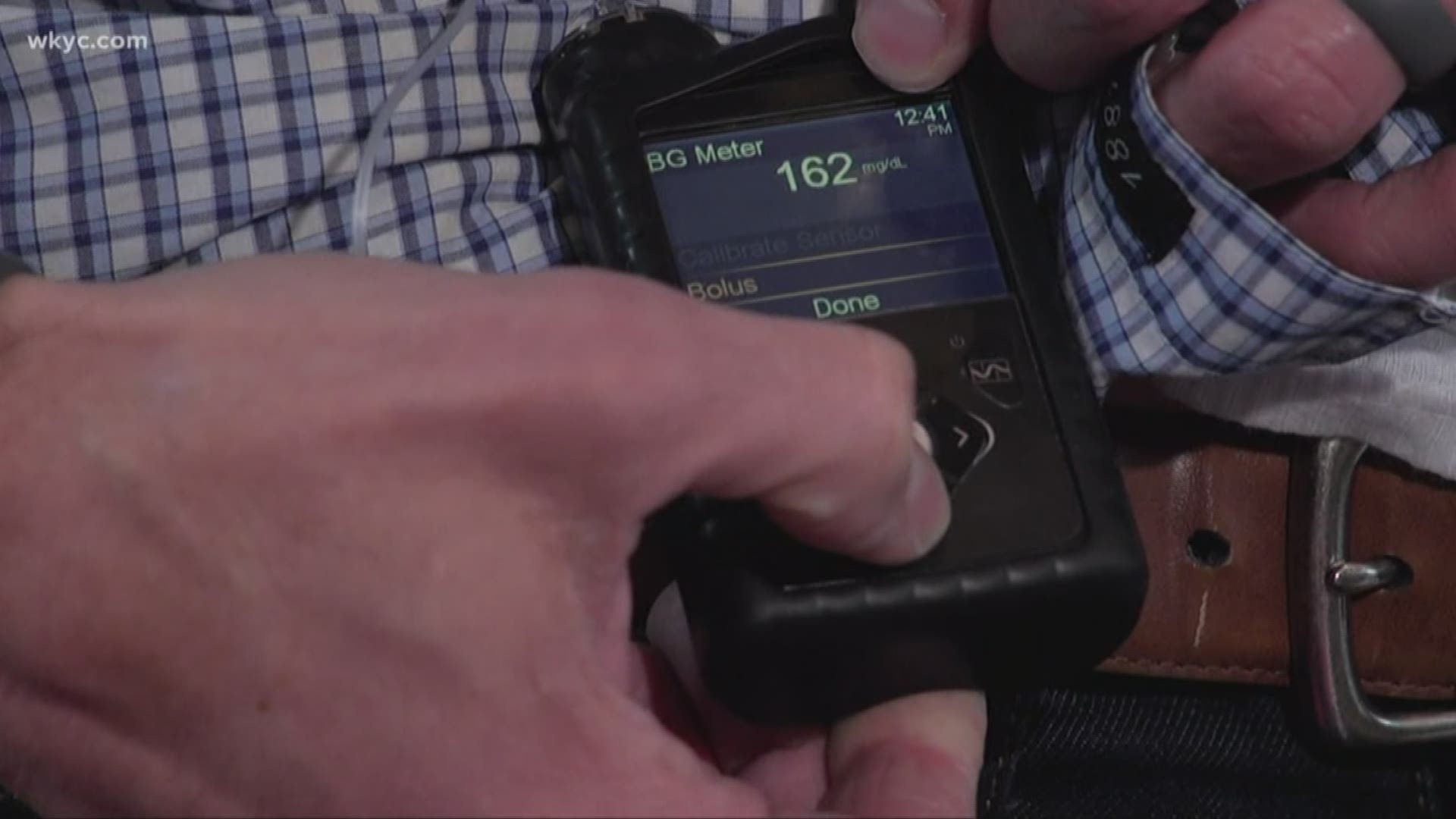 CLEVELAND — Rising health care costs affect us all in some way.

But for some, it's truly become a matter of life and death.

It was a call no mother wants.

An empty insulin pen was just of reach.

Outside, Antroinette could only wait.

"We sat on that curb. I didn't know my baby was gone until they brought her out in that black bag," Antroinette said.

That April morning is still seared into her heart. Antavia was just 22 years old when she passed away. She was taking less insulin than she needed -- rationing her supplies. But because her body wasn't getting enough insulin, her sugar levels spiked, her blood became acidic and her body stopped functioning.

"I can't believe my baby's gone, all due to the high cost of insulin," Antroinette said.

Antavia called her mother not long before her death, talking about insulin cost.

What would you do?

It's a question millions of Americans with Type 1 diabetes must answer every day.

Insulin is their life-line but in recent years, the cost has skyrocketed, increasing as much as 1,000%, and out of reach for many like Antavia.

Watch Antavia's story from What Matters Most in the player below:

"I've had countless patients tell me they have issues affording their insulin and how do we work around it?" said Michelle Nemer, MD, MetroHealth.

Dr. Nemer said insulin is not optional. It's mandatory, especially for patients with Type 1 diabetes.

"The risks of not having enough insulin are huge because people with Type 1 diabetes can go into a condition called Diabetic Ketoacidosis, or DKA, which can be fatal," Dr. Nemer said. "The affects can also be really catastrophic for people with Type 2 diabetes. People can lose limbs, they can end up on dialysis, they can even end up blind from diabetic damage to their eyes."

Antavia was first diagnosed with Type 1 diabetes at age 16.

By 21, she aged out of her mother's insurance plan.

Unable to afford $500 for insulin each month, she did what she could, borrowed from her kid sister, Antanique.

"I'm pretty sure the last message she sent me was about, if she could borrow my insulin," said Antanique Lee-Worsham, a University of Toledo student.

Prescription drug prices, and health care overall, have been debated in Washington for decades.

"How can these drug companies get away with this?" 3News investigator Rachel Polansky asked U.S. Sen. Sherrod Brown.

"Because we have a congress and a president that don't stand up to them," Brown replied. "The White House looks like a retreat for drug company executives. They get their way day after day."

Sen. Brown helped re-introduce his Affordable Medications Act, comprehensive legislation to hold large pharmaceutical companies accountable for high prices and bring down the costs of prescription drugs, in June 2019.  That legislation is still moving its way through the Senate.

"It's insanity to think a country this rich, that we would drive to Canada to buy the same drug, in the same packaging, maybe it has French on the packaging, in the same dosage and pay a third or a fourth or a fifth as much, it’s just insanity," said Brown said.

Turning to Canada for relief:

Many Americans have stopped waiting on Washington for relief, opting instead for a helping hand from our neighbors in Canada.

Polansky joined a group of diabetics driving to Canada to buy a common medication that's become dangerously expensive in the United States.

Our first stop was a home in Aurora.

That's where we found John Kennedy checking his blood sugar.

"To us, to me, to other Type 1 diabetics, this is our oxygen. Without it, we die," Kennedy said.

John led our caravan to Canada, where he bought his life-saving medication for a tenth of the price.

Our second stop was the University of Toledo.

That's where we found Antanique Lee-Worsham, who told us the price of insulin is personal.

Not only is she a Type 1 diabetic. Her sister, Antavia, was too.

"I'm pretty sure the last message she sent me was about if she could borrow my insulin," Antanique said.

She tells Antanique she'll never be in that situation because of our friends to the north.

"I want to make sure Antanique knows there are other options than rationing her insulin," Antroinette said.

Instead, we drove through Detroit, over the Ambassador Bridge, and into Windsor, Ontario.

Canada caps the price of insulin, unlike the U.S.

"That's ridiculous," said Antroinette. "That blows my mind. The richest country and they're doing this to the American people."

John also picked up two vials of the NovoLog insulin. In America, that would cost him $600 without insurance. In Canada, just $76.

"Are there a lot of Americans crossing the board to get insulin?" Polansky asked the pharmacist.

Albalkhi said custom agents won't typically bother Americans as long as they're only bringing back a 90-day supply.

We also asked her about the quality of the drugs.

"The name is different but regarding the active ingredients, it's the same," Albalkhi said.

And so, our caravan returned to the United States.

Border Control did not search any of our cars.

Most would say our trip was a success but our caravaners say it's only a short-term fix -- not the answer.

"Why is it that in 2020, people are having to get into a caravan to go across the border to acquire lifesaving medication?" Kennedy asked.

The FDA recommends only buying medication from inside the U.S because it cannot ensure the safety and effectiveness of medicine purchased outside the U.S.

In most circumstances, it is illegal for individuals to import drugs into the U.S. for personal use.

However, the FDA has a personal importation policy regarding certain limited importations for personal use, like insulin.