Trial could determine the fate of embattled Sandusky County prosecutor 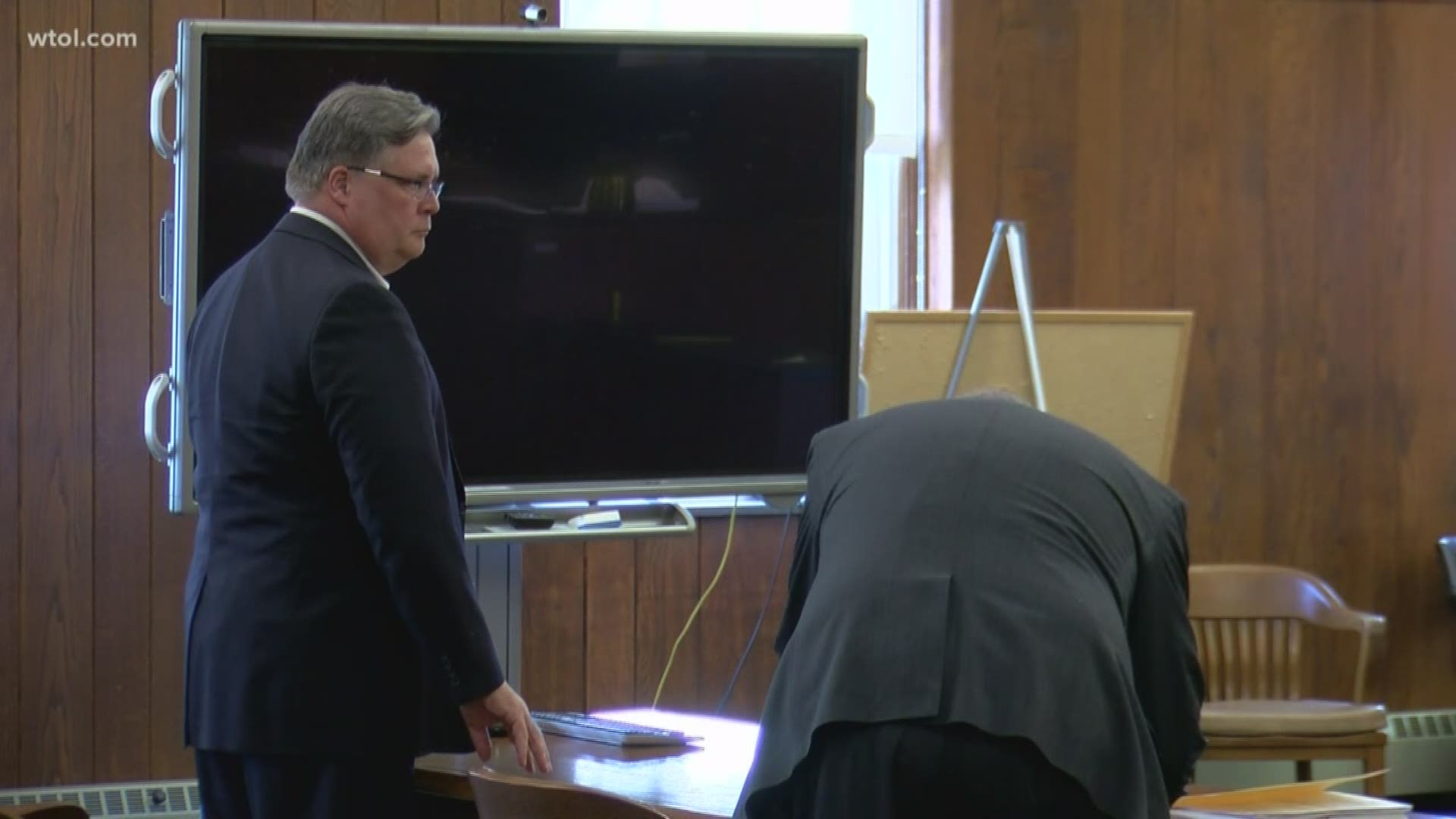 FREMONT, Ohio — Governor Mike DeWine has called for Ohio Attorney General Dave Yost to draft a petition that would, ultimately, lead to a trial to determine the future of Sandusky County prosecutor Timothy Braun.

Multiple people have painted Braun as a deeply disturbed man who terrorized women in his office.

“Governor DeWine is taking this step because he wants the citizens of Sandusky county and all the citizens of the state of Ohio to have the utmost confidence in their criminal justice system,” Daniel Tierney, spokesperson for DeWine’s office said.

WTOL 11 has reached out to the Ohio Attorney General's office and the Ohio Bureau of Criminal Investigation to determine the timeline of this petition and what's next in the process that could lead to trial.

"Upon review of our investigation, the governor has requested that a complaint be prepared to remove Braun from office. We had already started working on these pleadings in anticipation of this request and plan to file soon. Braun still has time to do the right thing — resign."

Tierney says Gov. DeWine intends to sign the petition. That would trigger a trial that would decide whether Braun would be removed from office.

The move comes after Fremont City Council unanimously approved a resolution supporting the removal of Braun from office Thursday night.

Multiple people are painting Sandusky County Prosecutor Timothy Braun as a deeply disturbed man who terrorized women in his office.

Braun was an assistant prosecutor in Lucas County from 1997 to 2013. Last week, Braun pleaded guilty to negligent assault, a misdemeanor that will force him from office by June 30.

At least five women told disturbing stories to Bureau of Criminal Investigation agents. The agency began investigating Braun in May. 11 Investigates was able to obtain written, audio, and video records from the investigation.

Several women told investigators that Braun asked for details about their sex lives and would give unwanted back and shoulder rubs.

Another woman said she was in an office with an assistant prosecutor when Braun overheard her complaining about feeling a little tense.

“He started rubbing my shoulders. I was waiting for someone to do something,” she told investigators. “He was rubbing my back and made his way down to my hips.”

One victim gave a statement at Braun’s court appearance last week, saying that Braun traumatized the women in the office. In her BCI interview, she said that at one point Braun believed she had a rib out of place and that he tried to fix it by pushing up on her bra and pressing on her breast on two separate occasions.

A witness to the incident said the victim was stunned.

A former office manager who eventually quit said that Braun always made her uncomfortable and that he would lock eyes with staff members, saying it helped him to have visions and see into their souls.

Shortly after Braun took office on Jan. 1, 2017, the woman said Braun asked her to his office. When another staff member left, she said Braun joined her on the couch.

“I turned and he started to ask me personal questions. He would stare intently into my eyes and tell me he could read my mind and that I had no secrets from him.”

“I was disgusted,” she told investigators.

Five women have filed civil complaints against Braun but as far as the BCI and Sandusky County Sheriff Chris Hilton are concerned, the criminal investigation is over – unless additional information is presented.

As part of the plea deal, Braun was sentenced to a suspended 60-day jail sentence, a $500 fine, and was told he is to resign by June 30.

To maintain his full-time status, he is required to report to work once every 90 days and the victims must be alerted to his schedule. Otherwise, he is free to work from home and collect on his $140,000 salary.

Attorney General Dave Yost praised his team, which has been investigating the prosecutor since May.

“When local law enforcement requests the Bureau of Criminal Investigation’s assistance with a case, they know the investigation will be independent, consistent, and comprehensive – and conducted by agents who embody integrity, professionalism and excellence. BCI’s role is to discover and document the facts of a case and then provide that information to a prosecutor, who, in turn, prosecutes the case. I am proud of our BCI agents and the work they do day after day.”

When asked by 11 Investigates if he was comfortable with Braun collecting a salary until July, Yost said:

“My call for his resignation stands. No victim of sexual assault, no victim of workplace harassment, could believe she would be treated fairly in an office he oversees.”