The move comes following an 11 Investigates report and additional funding from the state. 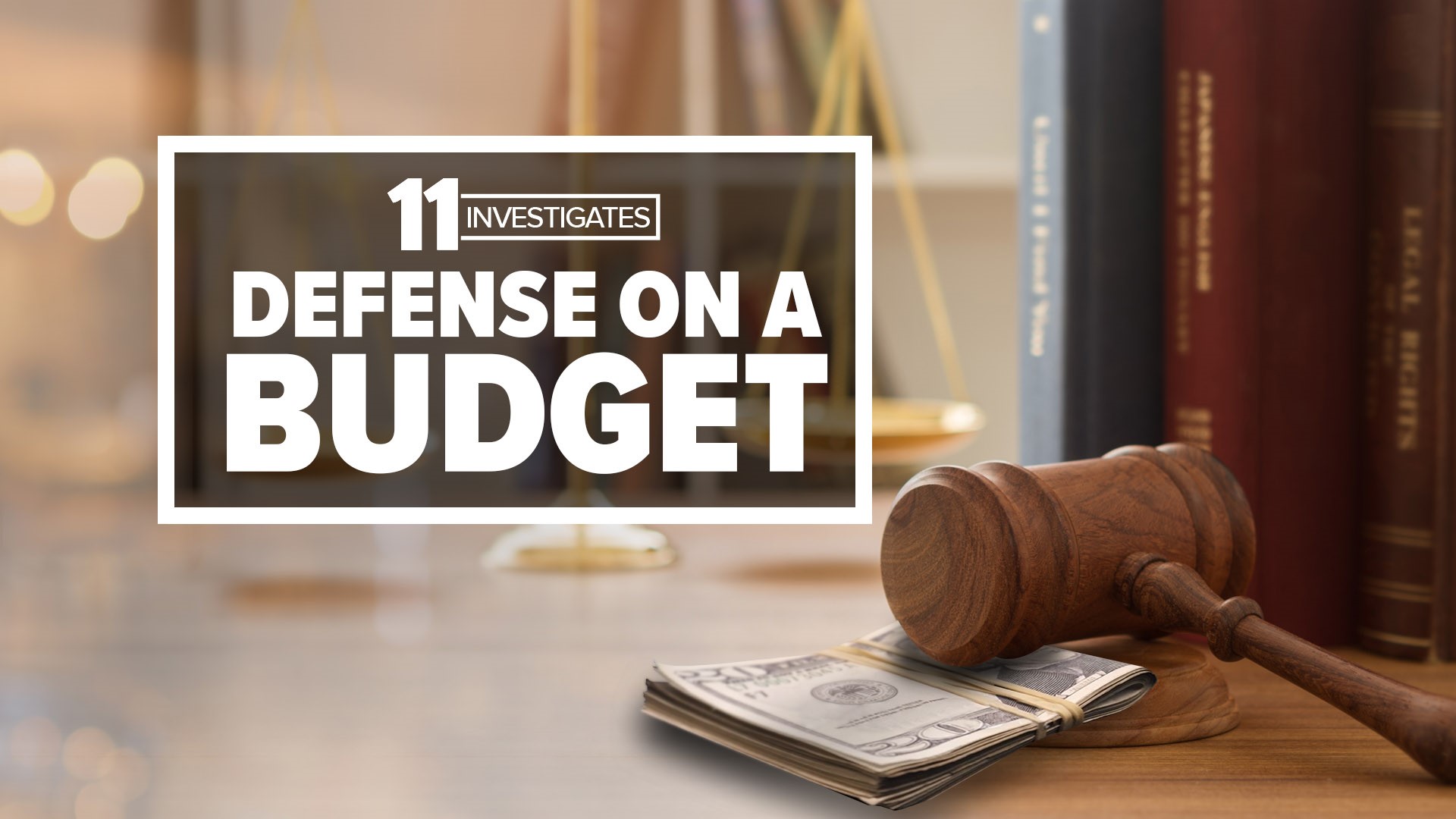 TIFFIN, Ohio — Responding to an infusion of money from the state and to an 11 Investigates report, Seneca County commissioners adjusted its appointed counsel fee schedules on Thursday afternoon.

All 88 counties in the state are required to produce the schedules, which lay out how much appointed counsel are paid per hour and also how much the attorneys can bill for representing indigent defendants.

Last year, 11 Investigates highlighted the huge disparity in payment between counties. When examining an aggravated murder charge, at least 10 counties now pay up to $15,000 for a lawyer’s defense costs. But in Seneca County, the “cap” is set at $3,500.

During our investigation, some attorneys said the caps could affect not only the amount of time an attorney will spend on a case but also the number of attorneys willing to take appointed cases. A study by the American Bar Association said that the overheard cost of operating a private practice is about $67 an hour, meaning young lawyers would have a difficult time making a go of their own firm if they are being paid $40 to $50 an hour defending indigent clients.

In Seneca County, the rates were $45 for out-of-court work and $55 for in-court work.

James Fruth, the president of the Seneca County Bar Association, told 11 Investigates last year that he no longer takes appointed cases, mostly because of the caps, and that many appointed lawyers drive more than an hour to take those cases.

“This is an issue. We don’t have attorneys here,” Fruth said. “They are retiring and dying. Lawyers are not moving to Seneca County.”

Commissioner Shayne Thomas previously said that he did not know the county was at the low-end of county reimbursement schedules until notified by 11 Investigates.

But Thursday afternoon, the commissioners took a step in addressing that issue by approving a uniform $60-per-hour rate for appointed counsel.

"Our obligation is to continue to support a citizen's right to a fair trial. This move will allow us to have a healthy legal community into the future," Thomas said after the vote.

While some people may wonder how raising the pay for attorneys can benefit poor defendants, it is expected to encourage more attorneys, including more experienced attorneys, to accept cases for indigent clients.

The county is also expected to adjust caps for individual cases over the next couple of weeks.

Prior to last October, counties were being reimbursed roughly 42 percent for appointed counsel charges. But that has changed dramatically. In the summer, Gov. Mike DeWine, a former prosecutor, led the charge to beef up the Indigent Defense Fund. The General Assembly agreed and allocated nearly $60 million in the fund for fiscal year 2020 (July 1, 2019 – June 30, 2020) and $95 million more next year.

On Wednesday, Governor DeWine was interviewed at WTOL by a member of the 11 Investigates team, Andrew Kinsey, and was asked about his commitment to indigent defense.

“I listened to what county commissioners told us. They told us it was eating a whole lot of their budgets defending people accused of felonies. The truth is that the state should be picking up the vast majority of that money,” DeWine said. “The goal should be to give a good competent lawyer for everyone who is accused of a crime.”

The influx of funding could push reimbursement rates to 70 percent. Next year, the percentage should be about 90.

Because of the increased reimbursement, the Office of the Ohio Public Defender now recommends that counties pay appointed counsel $75 an hour and adjust caps on various charges. For example, the state recommends a cap of $15,000 for aggravated murder.

Based on the recommended changes, a defendant in an aggravated murder case would receive 200 hours of representation.

Last month, Lucas County also began adjusting its schedules, voting to increase the hourly rate for attorneys to $75. A group consisting of judges, attorneys, and members of the Toledo public defender’s office has been meeting to form a consensus on changes to the individual caps. Commissioner Gary Byers told 11 Investigates that he expecting to vote on the recommendations by March or April.