The hotly contested tapes, referenced during the WTOL special 'Guilty Without Proof,' recently were turned over by prosecutors. The jury never saw the videos. 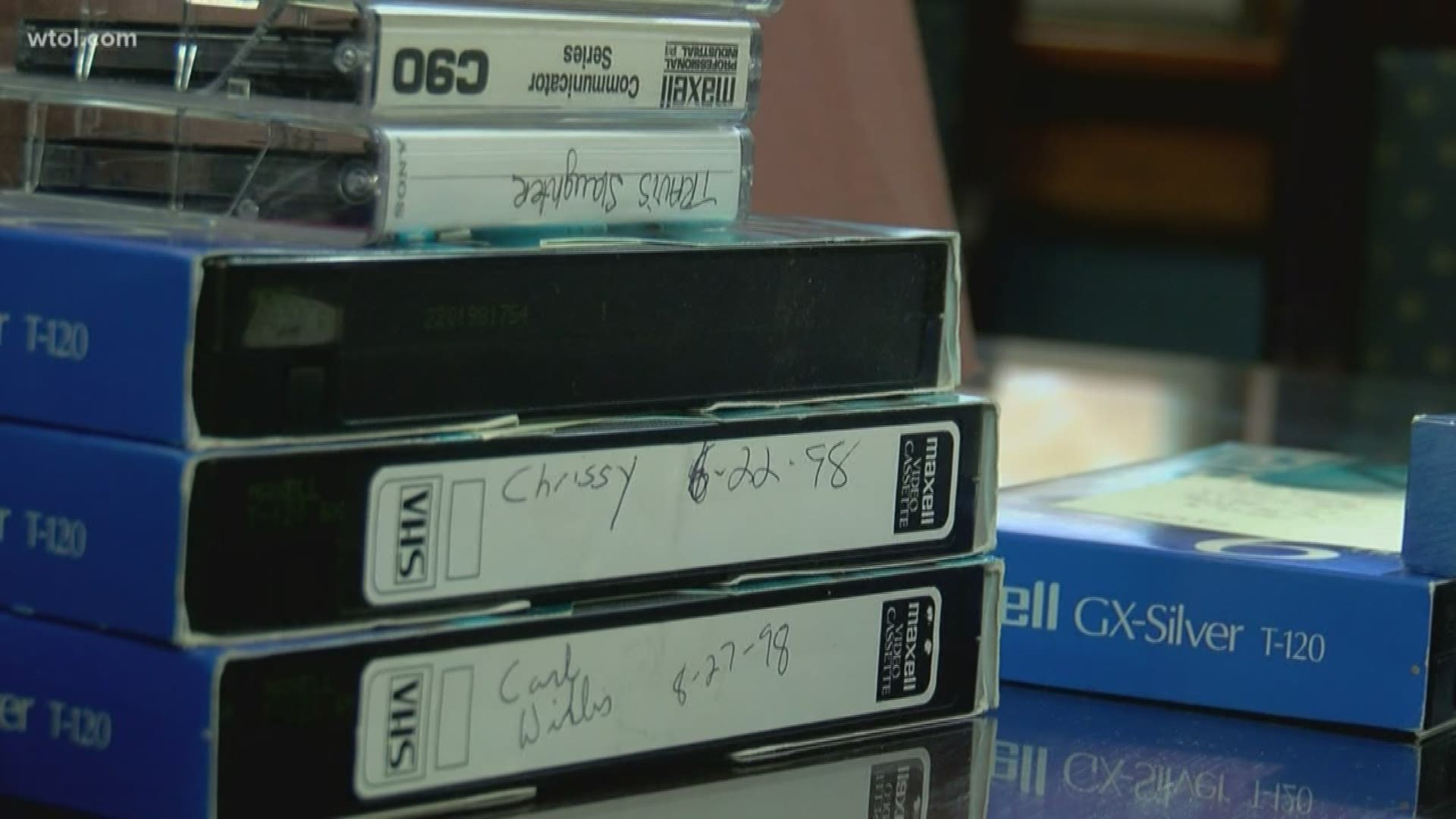 TOLEDO, Ohio — For more than six hours on Aug. 27, 1998, a string of detectives took turns at interviewing Travis Slaughter, trying to wring details out of the 18-year-old about who had brutally murdered 13-year-old Maurice Purifie in central Toledo on June 15.

Detectives Tom Ross, James Scott, and Harold Mosley spent hours with Slaughter, eventually offering him cigarettes and soda. After listening to multiple stories throughout the day, the detectives laid out a scenario for Slaughter.

“It's 4 o'clock in the morning. You and Bub and Wayne are together. Were you given instructions by somebody to go find Maurice or did you just find Maurice walking?” Mosley asks.

Credit: WTOL
Karl Willis, left, and Wayne Braddy, along with Travis Slaughter, were charged with Maurice Purifie's murder and robbery. Willis and Braddy have maintained their claims of innocence for more than 20 years. ​

Bub is the nickname for Karl Willis. His good friend is Wayne Braddy. About 18 months later, the men would be convicted of aggravated murder and aggravated robbery in the death of Maurice. Slaughter’s interview with police and his testimony in court were the only evidence linking Braddy and Willis to the case. To this day, the men have said that they had nothing to do with the killing.

The 12-minute period when Mosley and Scott interviewed Slaughter together was the heart of the investigation. At the beginning of the interview, Slaughter identified Willis and Braddy as former friends, though he said they had a falling out because he disrespected them. At another point in the interview, he said that he thought Braddy killed Maurice, but at no point did he put himself with the two men.

“Is there an argument between him and Bub?” Mosley continued.

“What made them angry enough that they beat him up and shot him?”

Slaughter initially repeated that he was by himself, before the men reminded Slaughter that God was watching. Slaughter then named Braddy and Willis as co-killers of the young boy. Previously sluggish, he and the detectives then appear to be invigorated by Slaughter’s story of what happened.

“Karl said bring him over here. Wayne had him by the wrist. He was on the ground. Maurice is like, ‘get off me.’ Karl said, ‘look out to make sure no one is coming.’ … Karl put the gun to the back of his head and pulled the trigger.”

Hours later, detectives would arrest Braddy and Willis for the killing. But almost all of what Slaughter said has been discredited by testimony and in interviews.

A medical examiner’s testimony said there was no evidence that Maurice was dragged across the road to a tree, as Slaughter said. Slaughter later admitted to shooting the boy in the chest, which the coroner determined was the first shot, not the shot to the head. The testimony at trial was that Maurice owed money to Slaughter, not to Willis as Slaughter told the detectives.

At trial, Slaughter told the jury that Maurice sold drugs for him, and the killing was because Maurice owed him money and that the men took $85 from the boy.

However, that story was apparently discredited early on in the investigation by Maurice’s best friend, Larry Carter. His interview with police was also viewed by 11 Investigates. When a police officer asked if Maurice carried around a lot of money, Carter dismissed that, saying his friend never had any money. When he was asked if the boys did drugs, he said, “Nah, Maurice wasn’t into that.”

No police files or interviews by 11 Investigates have ever been able to find evidence that Maurice was a drug dealer.

The videotapes were hotly contested prior to the Jan. 3, 2000, trial date. The defense team tried multiple times to get the tapes. At one point, according to court records, the prosecutor turned over tapes, though the defense said 65 minutes were missing.

It was later determined that the tapes given to the defense were copies, not originals. In an October 1999, hearing, lead prosecutor Andy Lastra said the originals had been located and would be turned over. At trial, lead detective Bart Beavers was asked about that 12-minute period when Slaughter flipped on Braddy and Willis. Beavers said that Mosley was supposed to provide a written report, though he never did, because the interview was on video.

The videos were never shown to the jury.

11 Investigates asked for the tapes in early June but was told they were lost. Those VHS tapes were finally discovered earlier this week, in addition to Slaughter’s original case file. The file included video of when Willis was arrested. Willis struggled to read his rights off a piece of paper, leaning over and getting inches from the paper to see the type. Today, Willis wears thick-lensed glasses and says he has always had trouble seeing. He said he did not wear glasses until prison because “they didn’t look cool.”

One of the questions about the case was Slaughter’s statement to police that Willis was the one who spotted the boy down the street at 4 a.m. Willis said he never would have been able to do that.

The original case file for Braddy and Willis continues to be missing. The only files remaining pertain to their post-conviction appeals. If the original files were destroyed, it would be a violation of the prosecutor's office’s record retention schedule, which mandates that criminal files be kept permanently.

Willis reached out to 11 Investigates earlier this week to say that he was willing to sit down with prosecutors to answer their questions, even giving his permission for a polygraph exam. On Wednesday, Lastra emailed to discredit the statements of Shondrea Rayford in a report to 11 Investigates. She was a key figure in obtaining the indictment of Braddy and Willis, telling police that Slaughter admitted to the murder and that he said Braddy and Willis were involved. She now says that none of that is true and that police and prosecutors told her what to say, something that Lastra denies. He says the evidence clearly contradicts her statements to 11 Investigates.

In a response to the email, 11 Investigates told Lastra that Willis is willing to take a polygraph. There has been no response yet to that information.