Did Ottawa County downplay the coronavirus outbreak? 11 Investigates as a nursing home appears to be the local outbreak epicenter. 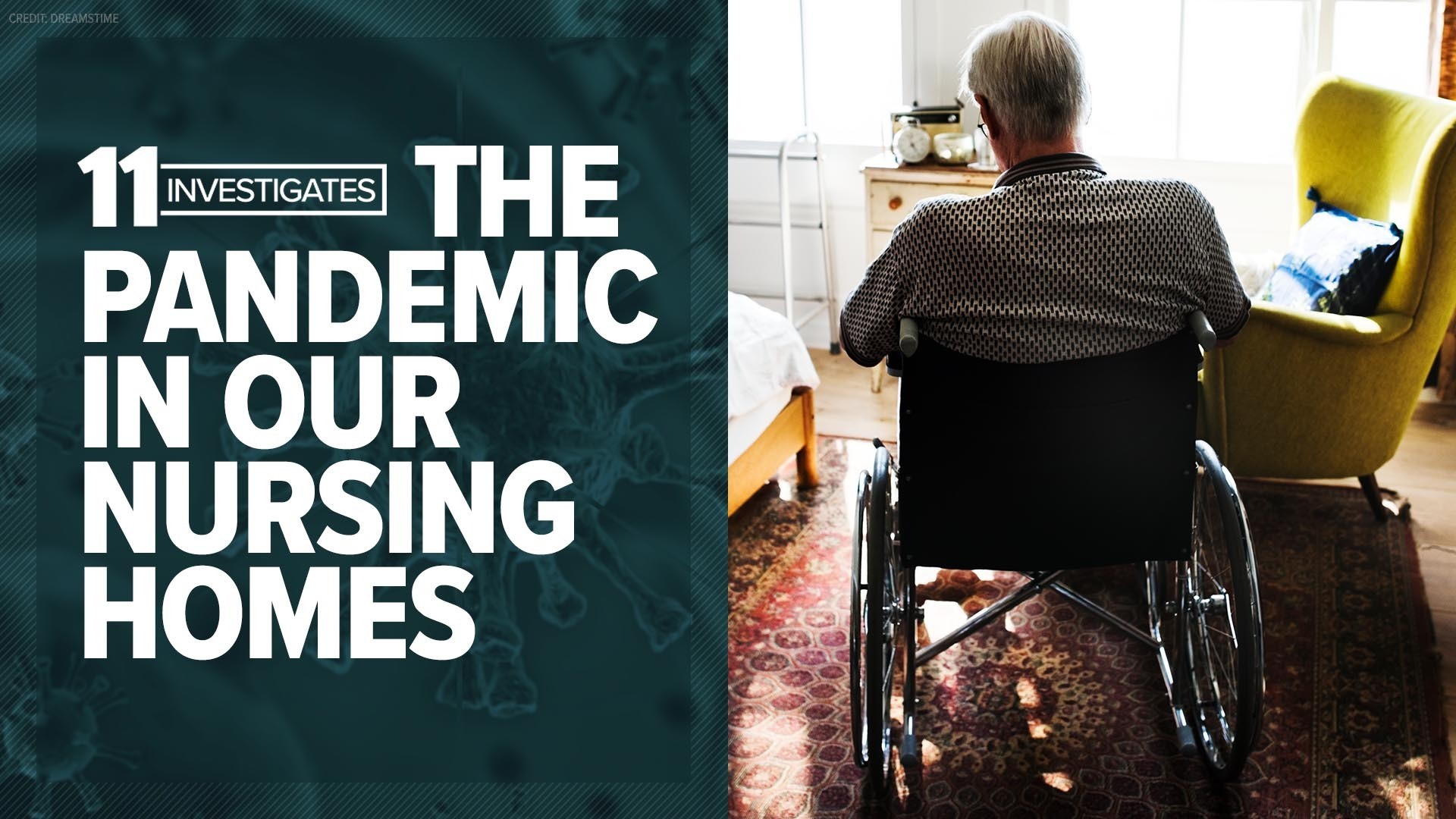 GENOA, Ohio — The streets of Genoa have been quieter than usual this spring. This should have been homecoming week, but it won't happen. The fear of the coronavirus has gripped this small Ottawa County village, which, like others in the state, has taken seriously the stay-at-home orders and directives of Gov. Mike DeWine. But now this suburban village of about 2,000 residents has taken note of a deadly COVID-19 outbreak.

The eruption of the coronavirus was first reported back in March in the long-term care facility on the south edge of town known as the Genoa Retirement Village. It's essentially a nursing home that cares for about 80 elderly patients, many of whom are long time and well-known Genoa area residents. Many of the workers and staff, which number over 100, are also from the Genoa area. Hence, the facility plays a prominent role in the life of the overall community.

And when word first surfaced that a COVID-19 issue was being reported at the center, Mayor Thomas Bergman says of the reaction, "I would say startled and saddened," and with over 50 cumulative cases, Bergman realized this epidemic was no longer confined to just the larger urban cities. "It's here in little Genoa in rural America in a big way. It's been troublesome to watch the numbers grow dramatically."

RELATED: The Ohio National Guard is stepping up efforts to test every nursing home staff member for coronavirus

And they have been growing regularly for the past couple of weeks. On May 20, Trilogy Health Service, the owner of the GRV, reported seven deaths at the facility. By June 1 the number of deaths had grown to 17.  At least 22 of the 64 patients at the center are currently positive, or presumptive as positive, according to Trilogy Health Service's website. That is over 33%, the highest rate of infection in Trilogy's entire group of facilities in the United States. They also have four current employees who are also now infected. Since March, they have had 53 people come down with the virus, at least 10 employees.

One of the concerns that troubles Mayor Bergman is that he feels that the Ottawa County Health Department did not keep him or other community leaders in Genoa alerted to the outbreak and when questions were raised, the county downplayed the situation and said at one point that Trilogy's reports of infections and deaths were not true. Bergman says when he inquired he got an answer left by voice from Health Department Director Nancy Osborn who called the Trilogy numbers "erroneous and misinformation."

11 Investigates also called Director Osborn on May 20 to find out why, when Trilogy was reporting 7 deaths for the Genoa Retirement Village and over 30 cases, the county health department was reporting only 3 deaths for the entire county. We were told by Osborn that the Trilogy numbers just couldn't be accurate, "there is no way these could be right" and they were overinflated. She said she wasn't aware they were publishing these numbers on their website and would have her staff look into it.

Within days, however, after 11 Investigates reached out to Trilogy and to the Ohio Department of Health, the numbers being reported by the Ottawa County Health Department began to change.

Mayor Bergman noticed the change as well. "in about a week's time, the numbers began reflecting what Trilogy was saying."

Ottawa County is now reporting more than 103 cases across the county, with 16 deaths. About a third of the overall cases they report are from the Genoa facility.

Bergman is pleased that the county appears to be catching up in its reporting, but still questions why no one from the Ottawa County Health Department alerted him or any area first responders to the growing outbreak when it first began. It's an outbreak that also included not just patients, but workers, many of whom live in the Genoa area or township and needed to be quarantined. In addition to the workers, other members of their households and other others in the community may have been exposed. He says such information is needed as "it impacts my decision making."

Bergman has had to recently close the village's Veteran Memorial Park swimming quarry and the town has had to cancel many planned summer events, including its annual homecoming usually held the first weekend in June.

Bergman is now hopeful that in the future the number of infections and deaths at the Genoa Retirement Village can be reduced and be contained so that the community at large is not impacted. He is hopeful, but understands the realities of contagion.

"This illness didn't spontaneously generate. It came from somewhere, and it's here. There's no doubt about it," he said.