Murder in the Suburbs: Behind the scenes on reporting the Johnny Clarke and Lisa Straub murders

The murder of Johnny Clarke and Lisa Straub in Holland in 2011 was vicious - and unprecedented. And more answers are needed in the case. Someone knows something. 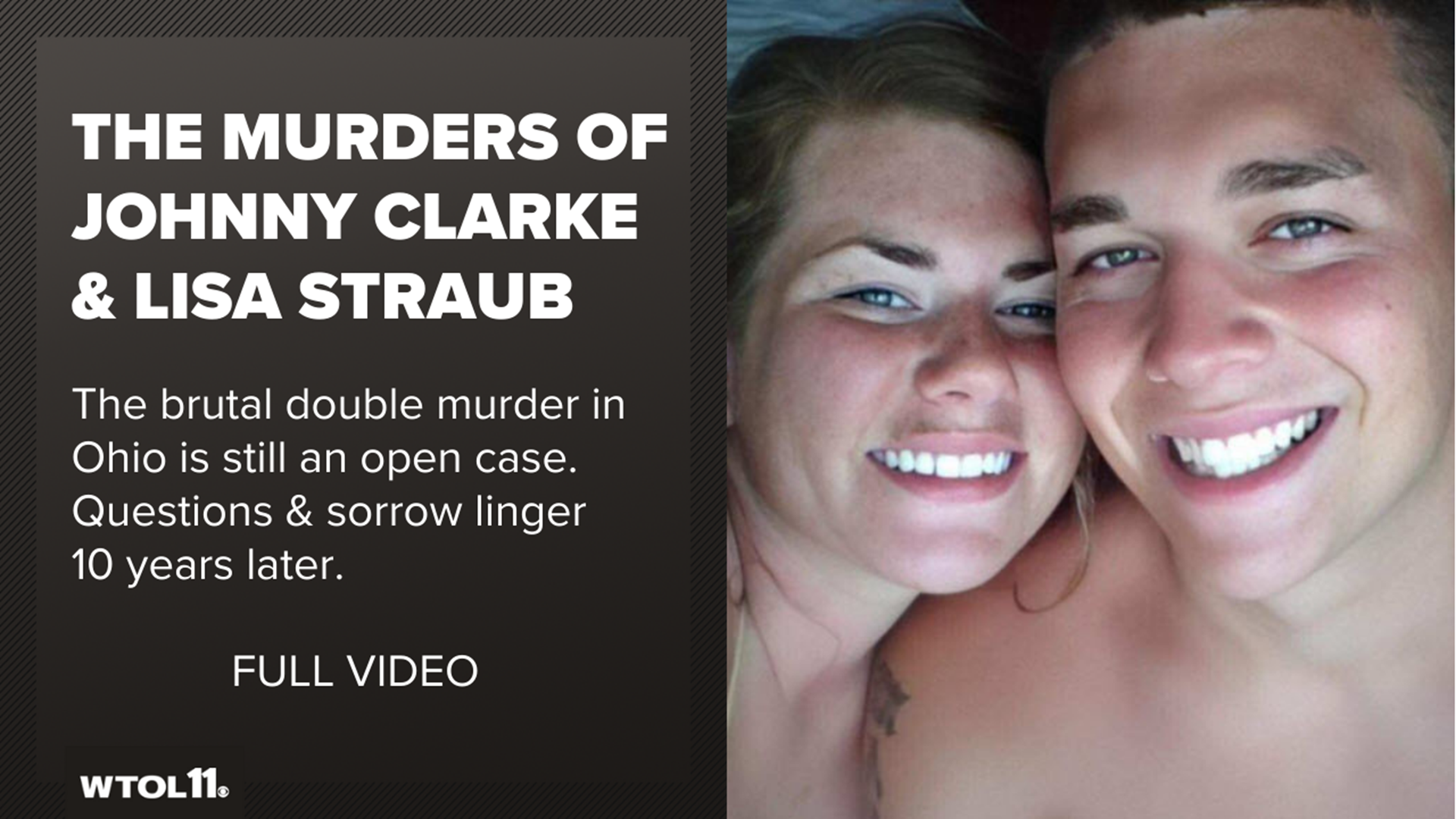 TOLEDO, Ohio — If you live anywhere long enough, your institutional memory of the region will eventually include a number of grisly crimes.

I moved to Toledo in 1998 to work at The Blade. The murder of Johnny Clarke and Lisa Straub in Holland, Ohio on Jan. 30, 2011, is one of those crimes for me. It was vicious - and unprecedented. People don't get murdered in Holland, a middle-class Toledo suburb with a median home price of $230,000. They certainly don't get murdered in the manner that Straub and Clarke did - plastic bags duct-taped over their heads.

The method of murder makes the case memorable, but there are so many more elements. It was a young couple. There was a mysterious final phone call. Clarke's father kicked in the front door to find the couple after the sheriff refused to force entry on two occasions.

One man was convicted, but another man's case was thrown out for lack of evidence. And for years, rumors percolated of involvement by any number of suspects, including cartel and MS-13 members. Rumored motives ranged from payback, a feud, jealousy, drugs to $100,000 in a home safe. In 2011, the case received worldwide attention. If you search for the couple, you will still find message boards that continue to contain discussion of the safe.

The conviction of Samuel Todd Williams in July, 2012, provided volumes of court testimony to build the foundation of the case. In December, I plopped down inside the records room at the courthouse and combed through five to six large binders of testimony.

Credit: WTOL 11
Sam Williams learned his sentence for the homicides of Johnny Clarke and Lisa Straub - life in prison, with no chance of parole.

It also provided me with enough knowledge of the case to feel comfortable in pursuing an interview with Williams. I knew he had not previously talked with the media, but I really believed that he might be willing to open up around the 10-year anniversary of the killings. If I was not able to get him to talk, I knew that the story contained enough other characters to build a compelling story.

Surprisingly, after I messaged the prison, I heard back pretty quickly from Williams' aunt. She said that Sam was interested in telling his side of the story - a side that I wasn't expecting. More than a decade later, Williams maintains that he is innocent. He had several records to support his claims.

The interview wasn't immediate. I think he needed to trust that I wasn't interested in getting the first interview with the "monster Sam Williams." He wanted to know that I would be fair and let him tell his story. It's not my job as a journalist to paint anyone as anything or tell people what to think. I did not promise to help him prove his innocence. But I did promise to let him tell me his story.

The beauty of working at WTOL 11 is that I can produce short-form stories for broadcast, but we have a commitment to our digital product. The Internet allows for unlimited space, and with this story, I was able to deliver troves of documents, interrogation videos, interviews, and archival footage to viewers so that they could immerse themselves in the story - play detective even. I also had the space to fulfill my promise to Williams about allowing him to tell his story.

My entire late-January interview with him - except for the first minute where I forgot to turn on the camera and had to awkwardly explain what was happening as we "redid" question one - is available to watch. Viewers can decide if they believe what he has to say.

But with all my in-depth stories, I take the time to build relationships and trust. That's what I did here, spending hours on the phone, messaging, and even in-person with family of the victims, Williams, and people with knowledge of the case who were afraid to talk "on the record."

I have many methods I've developed over the years on how to find people, and I found just about everyone I was looking for. As I talked to people, they suggested others.

Records are crucial for any investigative story, and the prosecutor's office fulfilled our request for the Williams case file in mid-April. It gave us access to thousands of pictures, documents, and videos.

Again, we have been able to upload many of them to our site so that viewers/readers can get a full look into the case.

As the interviews piled up - at all hours of day and night - the final piece to the story fell into place in early May when the Ohio Attorney General's office provided the Bureau of Criminal Investigation reports from the scene and from the DNA testing. You can read them here. Many details that were not previously known are in those records.

LISTEN | 911 CALLS FROM THE NIGHT OF THE MURDERS

The goal of this story was to renew focus on the case - from the public and the police. The families deserve justice. There are likely multiple killers walking free. It is my hope that the sheriff's department will pursue new DNA testing techniques in an attempt to identify several sets of unknown DNA found in the home.

But my biggest hope with the series of stories was to reach the people who have information that will finally bring this case to conclusion.