Local woman speaks out against Cosby

A book has identified a local Sylvania Township woman as one of the women who say they were assaulted by comedian Bill Cosby. 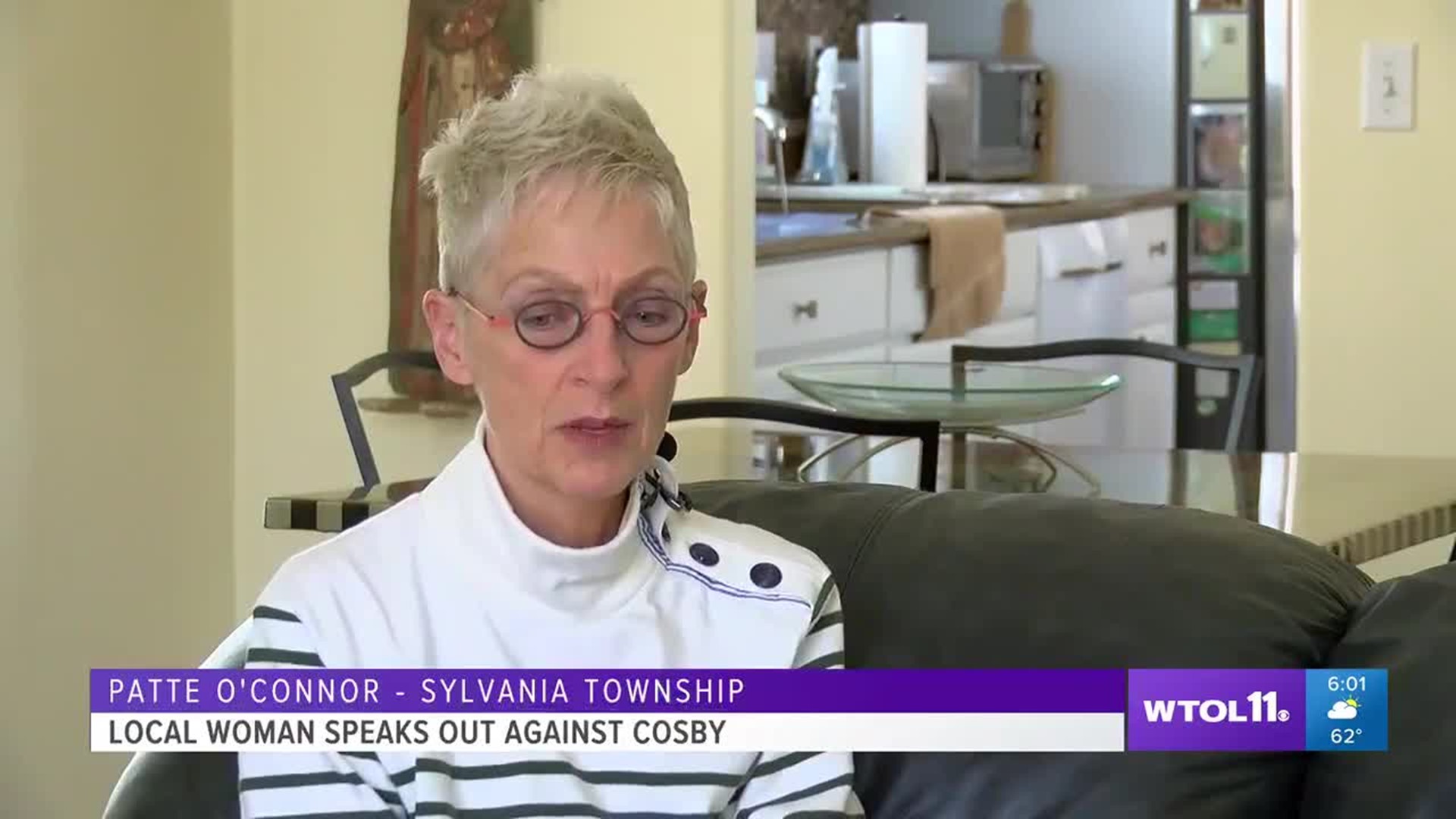 TOLEDO (WTOL) - A book has identified a local Sylvania Township woman as one of the women who say they were assaulted by comedian Bill Cosby.

Philadelphia Daily News reporter Nicole Weisensee Egan identified Patte O’Connor as the Jane Doe No. 6 in Andrea Constand’s civil lawsuit that she filed against Cosby in 2005. The sides reached a settlement in 2006.

Weisensee’s book, “Chasing Cosby: The Downfall of America’s Dad,” was released on Tuesday.

O’Connor was fresh out of grad school at Bowling Green State University in 1984 when she said she was asked to host Cosby prior to a show at Clemson University in South Carolina.

She says the pair stopped for burgers and a couple of Cokes after picking him up at the airport, before returning to Cosby’s hotel room to relax before the show. She said he was initially funny, intelligent, and warm as he continued to give her glass after glass of wine – until she finished the bottle.

But shortly after that, O’Connor passed out and woke up hours later, with Cosby in the shower. She believes she was drugged and sexually assaulted.

“The phone woke me up. It was my boss. The room was dark, there were no lights on. It wasn’t dark when I passed out,” O’Connor says.

On the road to the venue, O’Connor sat next to Cosby and her boss.

“I remember in the car. I was petrified,” she says. “The only thing I could think to do to communicate something was wrong, really wrong, was I reached down and had a death grip on my boss’ hand. I was trying to communicate that ‘I’m scared.’”

O’Connor said she was so out of it at the school that her boss recognized it and screamed at Cosby. As he passed her, O’Connor says he mouthed, “I’m sorry.”

O’Connor said it’s a relief to no longer be the anonymous Jane Doe No. 6.

“I’m not Jane Doe. I don’t even look like a Jane. I look like Patte. I’m coming full circle. I feel good. I feel empowered, like my life is almost starting over.”