Karl Willis and Wayne Braddy continue to profess their innocence in a 1998 murder that was profiled in an 11 Investigates investigation. 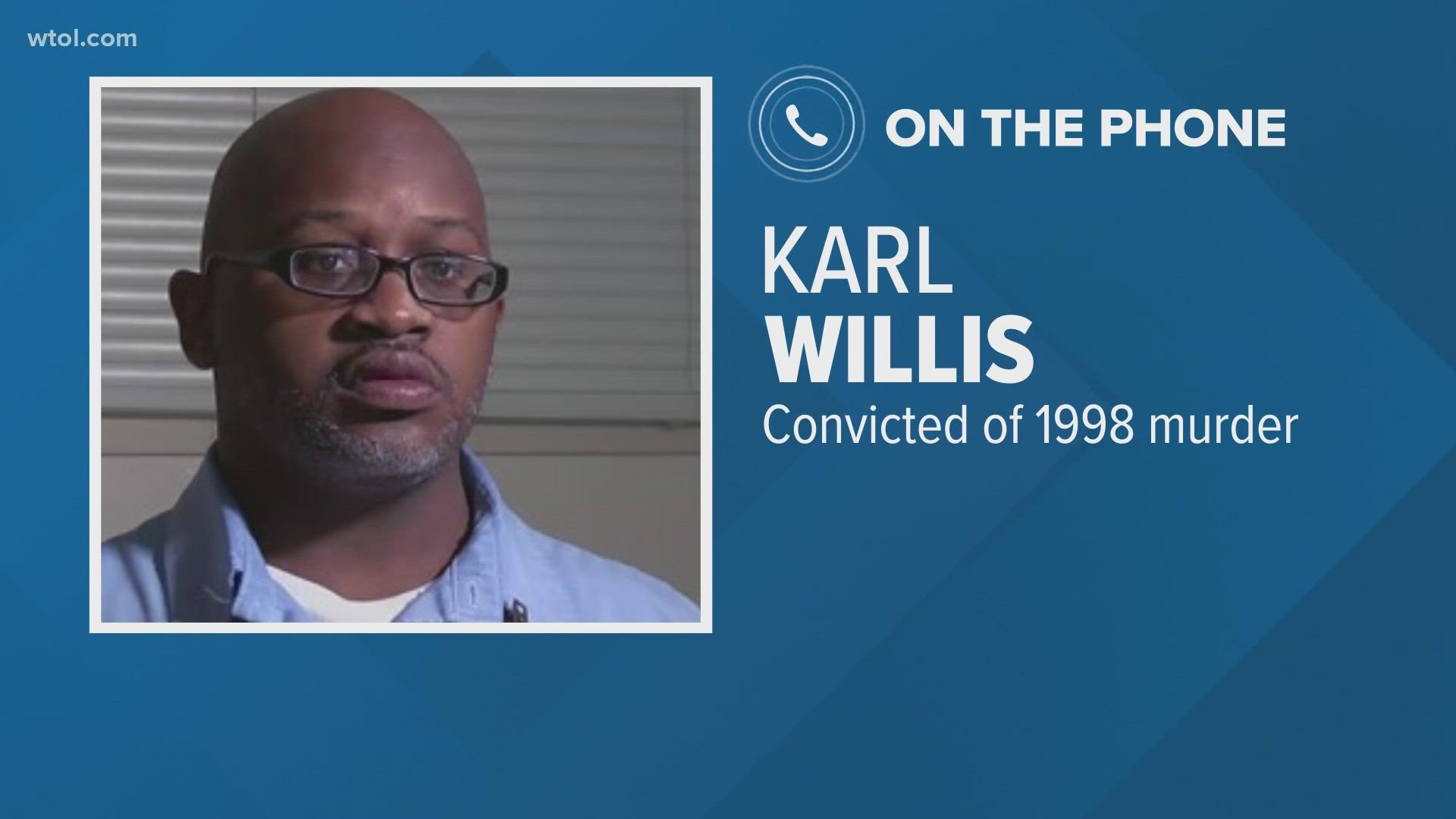 TOLEDO, Ohio — Wayne Braddy and Karl Willis finally got the news Thursday morning that they've been seeking for nearly a year. Lucas County Common Pleas Court Judge Gary Cook granted a motion to seek a new trial in their convictions for a 1998 murder.

The men were convicted in January 2000 for the murder of 13-year-old Maurice Purifie. They lost numerous appeals and had just been denied by the Ohio Supreme Court when 11 Investigates examined the case, beginning in May 2019.

The investigation revealed that there was no evidence linking the men to the killing in the early morning hours of June 15 as Maurice was walking home in central Toledo.

Credit: Purifie Family
Maurice Purifie, his life tragically cut short at age 13, was described by his family as the heart of the family. Maurice was a basketball player, already taller than his brothers. He was a straight-A student. He was in church revival the week of the killing. He had a kind heart, easy smile, and was always there for his friends.

But many aspects of that story made little sense. Slaughter was interviewed for nearly six hours after a woman claiming to be Shondrea Rayford called Crime Stoppers to say that Slaughter had admitted to the crime.

During the interview, Slaughter repeatedly denied any knowledge of the crime, until finally he broke after more than five hours and told the detectives a story that implicated him, Braddy, and Willis.

The prosecutors then cut a deal with Slaughter, agreeing to link a separate rape case in with the murder and allowing him to be released from prison in 2016 in exchange for his testimony.

After his deal, Slaughter's attorney obtained an opinion from an interrogation expert, who claimed that Slaughter's confession was coerced. A separate expert who listened to the interview for WTOL 11 came to the same conclusion.

After "Guilty Without Proof" aired in August 2019, 11 Investigates was able to get Rayford to appear on camera. She claimed that she told prosecutors what they wanted her to say and she believed Braddy and Willis were innocent. She was held in contempt of court during the trial because she stopped answering the prosecutor's questions. She told 11 Investigates on camera that she didn't want to lie.

Slaughter then reached out to me and told me a completely unexpected story. Not only did he say that Braddy and Willis had nothing to do with it, but that he also was not involved and only told Rayford that he was involved because he wanted to "scare her" into staying in a relationship.

Slaughter said he implicated his longtime friends because they had been involved in a fight over clothes. He even admitted to going to Willis' home with the intent to kill him.

Braddy and Willis told the same story about the fight during separate jailhouse interviews. The timeline from all three men indicated that they were not even communicating at the time of Maurice's death.

He said members of the jury ignored multiple instructions from the judge and said that he was willing to do what he could to help get the men a new trial.

As a result of the "Guilty Without Proof" investigation, the Ohio Innocence Project filed motions, seeking a new trial. The first motion was a motion for leave, which was filed on Aug. 18, 2020.

11 Investigates was preparing to air a story on that anniversary next week. As part of the story, Judge Cook's office was asked for comment about why it had taken nearly a year to render a decision. But Judge Cook issued his ruling on Thursday morning. The prosecution now has 21 days to submit a response. At that point, the Innocence Project will be allowed to respond and a hearing will be scheduled on whether Judge Cook will allow a new trial.

Prosecutor Julia Bates' office has not spoken to any WTOL reporters since the airing of "Guilty Without Proof" two years ago.

Rayford and Slaughter were the only witnesses - other than police and medical personnel - that the prosecution presented at trial. And now both of those witnesses have appeared on camera to say that Braddy and Willis are innocent. Slaughter provided an affidavit to the Ohio Innocence Project, repeating what he told 11 Investigates.

When told of Judge Cook's decision, Willis' fiancee, Charmaine, screamed into the phone and said: "Finally. Victory. That's my reaction."

"After dealing with this case for so long and having so many setbacks, I thank Jesus Christ for keeping me healthy. I have tears in my eyes," he said."

Both Willis and Braddy continue to say that they pray for Maurice's family and hope that justice will come to his killer.

RELATED: 11 Investigates: Family of 13-year-old murder victim speaks out about the verdict that sent 2 men to prison for life

Braddy could not be reached on Thursday, but last week he lamented all of the losses the men have experienced since being imprisoned: