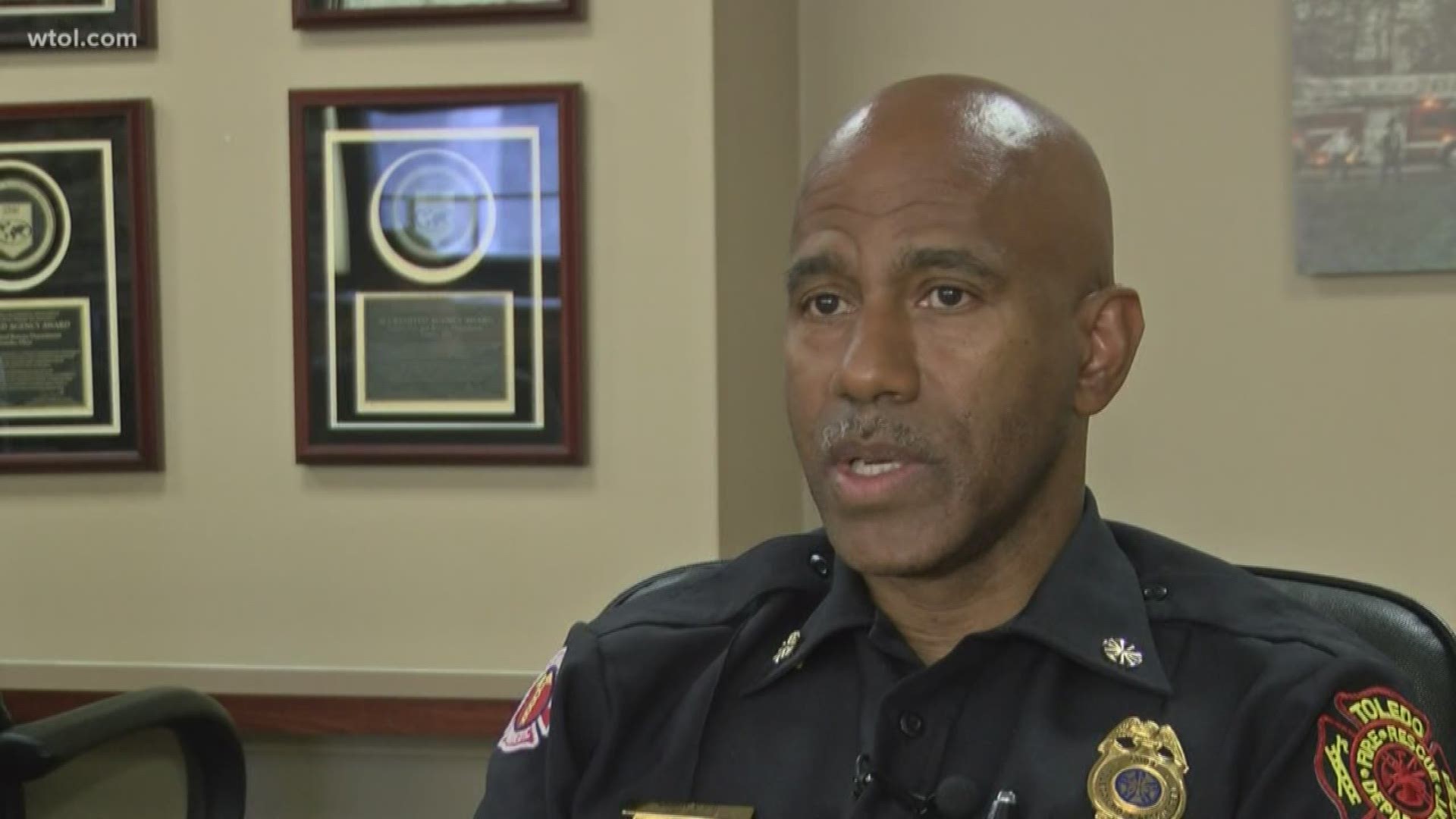 TOLEDO, Ohio — A federal lawsuit  in the U.S. District Court for the Northern District of Ohio alleges Toledo Fire Chief Brian Byrd may have been targeted by racial discrimination in the force earlier in his career.

Court documents from the same lawsuit also imply Toledo Mayor Wade Kapszukiewicz only promoted Byrd as chief because he felt he would keep quiet about alleged racial discrimination within the department.

It's an allegation a city spokesman vehemently denied, but documents raise a lot of other questions.

Major Smith III is the plaintiff of the lawsuit against the city. His attorney argues that Smith, who was a recruit, was racially discriminated against when he was fired from the Toledo Fire and Rescue Department in 2017, according to court documents.

Fire department records show the then-recruit was fired for failing the state-mandated practical testing, but Smith contends that didn't disqualify him, and that his firing was racially motivated.

Smith's accusation is one of the latest in a streak of discrimination accusations at Toledo fire.

Sierra Adebisi claimed she was discriminated against and fired this year. But fire officials say she was let go because of "unacceptable performance."

Former assistant chief Karen Marquardt is also involved in a claim that she was passed over for the fire chief opening that eventually went to Brian Byrd.

The lawsuit claims  Byrd demoted himself in 2016 to get out of a "racially charged hostile work environment." Another claim made by former Toledo firefighter Tim Ross says he discussed racism within the department with Byrd on several instances, including, most recently, when Byrd was promoted to fire chief by Kapszukiewicz.

Ross says he felt Byrd's promotion wouldn't automatically solve the racism within the department, but he was disappointed by what he felt was Byrd's inaction and "covering it up."

Mayor Kapszukiewicz enters the picture again because the lawsuit claims he hired Byrd as chief "only after learning he was the only African-American candidate who had demonstrated he would not stand up against race discrimination."

"This case proves that, in America, anyone can bring a lawsuit against anyone else — no matter how ridiculous or preposterous the claims are. This allegation, like everything else in this frivolous lawsuit, is absurd and ludicrous. Chief Byrd was hired because he was the best possible person to serve as Fire Chief. Period. Facts matter, and these are the facts. While the paranoid fantasies of someone with an axe to grind may make for interesting reading, it certainly doesn't make them true."

Requests for interviews with Mayor Kapszukiewicz and Chief Byrd were declined. Calls to speak with Toledo's law director went unanswered.

If you have any claims of racial discrimination within the department, we want to hear from you. You can call our newsroom at 419-248-1111 or email Tyler Paley at tpaley@wtol.com.