Family waits for word in 'Guilty without Proof' case

Lucas County Prosecutor Julia Bates has a Thursday deadline to respond to the motion for a new trial for Wayne Braddy and Karl Willis. 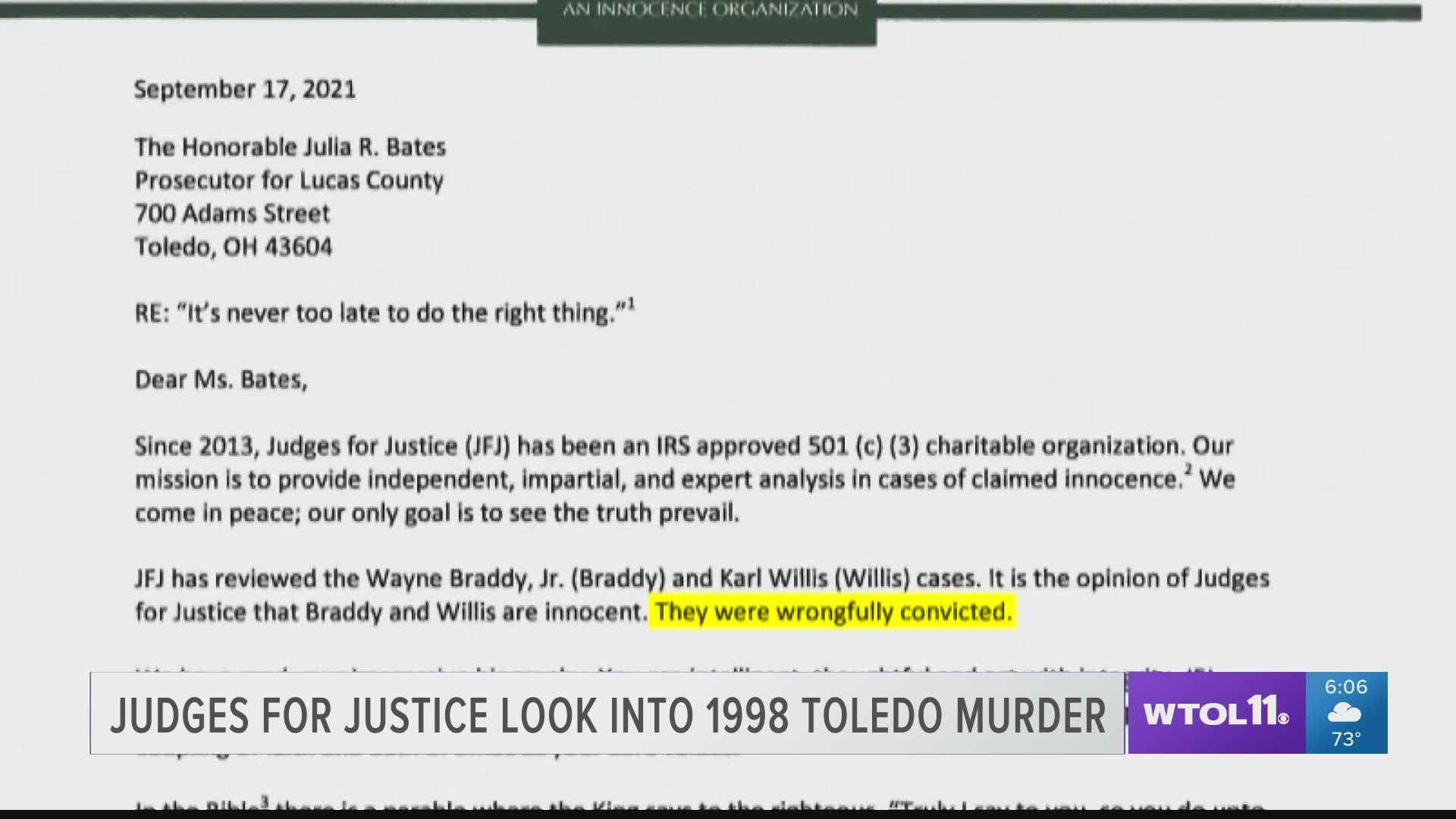 TOLEDO, Ohio — A day after returning from a family vacation, Wayne Braddy was scooped up by the Toledo Police Department.

"We went several places to visit family, with the main place Denver. Like he's said, he wasn't an angel, but to kill somebody? To kill a kid? I just can't see it," Braddy's aunt, Anita Sanders, said. "He just did not have it in him to do such a heinous crime."

On or before Thursday, Lucas County Prosecutor Julia Bates must respond to a motion for a new trial from Braddy and his friend, Karl Willis. She could agree to the motion, do nothing and allow Common Pleas Court Judge Gary Cook to schedule a hearing without state opposition, or she could oppose the motion.

Credit: WTOL
Karl Willis and Wayne Braddy were convicted in early 2000 of killing Maurice Purifie on June 15, 1998. The state's key witness says he lied to police.

The men were convicted of killing Maurice in January 2000. Their motion is based on the results of an 11 Investigates series of stories, "Guilty without Proof." The key element of the series was an interview with Travis Slaughter, who told 11 Investigates that he lied when he told a jury that Braddy and Willis helped him kill Maurice. In fact, he said, he wasn't even there and made up the story.

RELATED: 'When I'm free, my mother is not going to be there to hug me' | Family, friends hope for return to court for men convicted of '98 murder

Sanders is not alone in her thinking that the men are innocent. Braddy and Willis have consistently professed their innocence. The jury foreman, Jon Crye, also believes, based on "Guilty without Proof," that the men deserve a new trial. Even Maurice's brother, Troy, said in 2019, after being presented with our evidence, that he believed the men were innocent.

Credit: WTOL
Jon Crye was the jury foreman in the case that saw Karl Willis and Wayne Braddy sent to prison for the murder of 13-year-old Maurice Purifie.

A national wrongful conviction organization started by two retired judges, Judges for Justice, has gotten involved in the case. They have written Bates and are blanketing the area with advertisements, pointing people to WTOL's investigation and to a website, freewayneandKarl.com.

Four weeks ago, the state asked for an extension to respond to the motion for a new trial. It was granted. The families of Willis and Braddy have expressed frustration that the state needs additional time to respond.

In the 2019 investigation, lead prosecutor Andy Lastra admitted in an interview that the state would have a hard time retrying the men - because there is currently no evidence against them. Slaughter is working with the Ohio Innocence Project and the state's other witness, Shondrea Rayford, also went on camera to say she knew nothing about the crime.

"Why do you need a few more weeks to say, 'Hey, I think they need to stay in here longer?'" Armelia Braddy, an aunt said. "It's absurd to me that they don't want to let them go. They don't want to say, 'You know what? We were wrong. We made a mistake.'"

Credit: Braddy Family
Wayne Braddy, top left, is seen in a family photo. Braddy was just back from vacation with his family when Toledo police picked him up.

Braddy and Willis have now been in prison since they were 19 years old.

"They've been incarcerated for more than 22 years and here you are, you can almost taste freedom, and once again they get extended," Anita Sanders said. "It's got to be frustrating for them especially, but it's frustrating for us as a family too."

Whether the current motion works or not, Braddy's family promises to continue the fight.

"The goal is, regardless of how long it takes, they need to get out," Maurice Braddy, an uncle, said. "They need a new opportunity. Justice needs to be served properly." 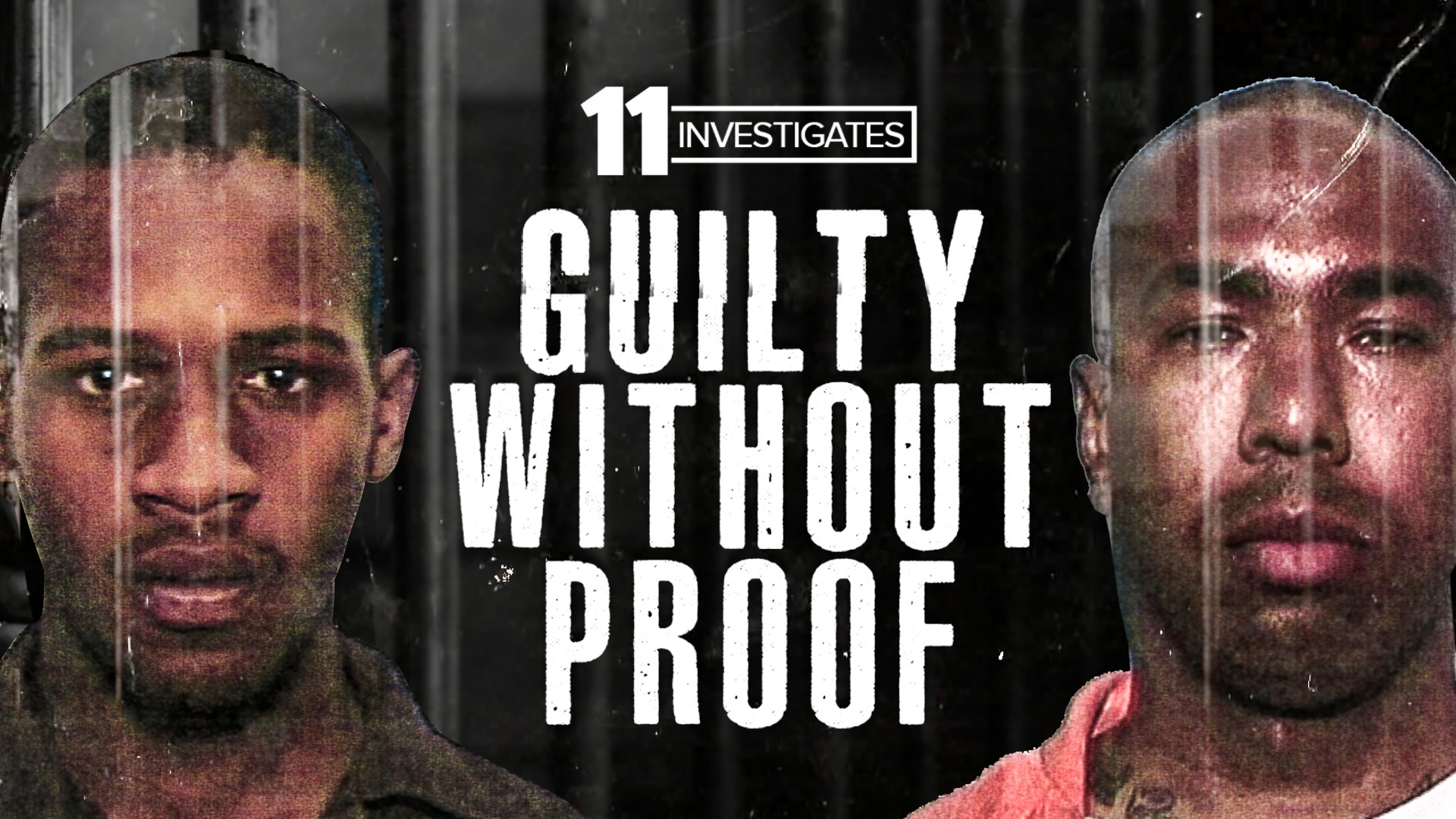