Lucas County awaits guidance from the state on whether it can expand those being vaccinated in the Phase 1 group. 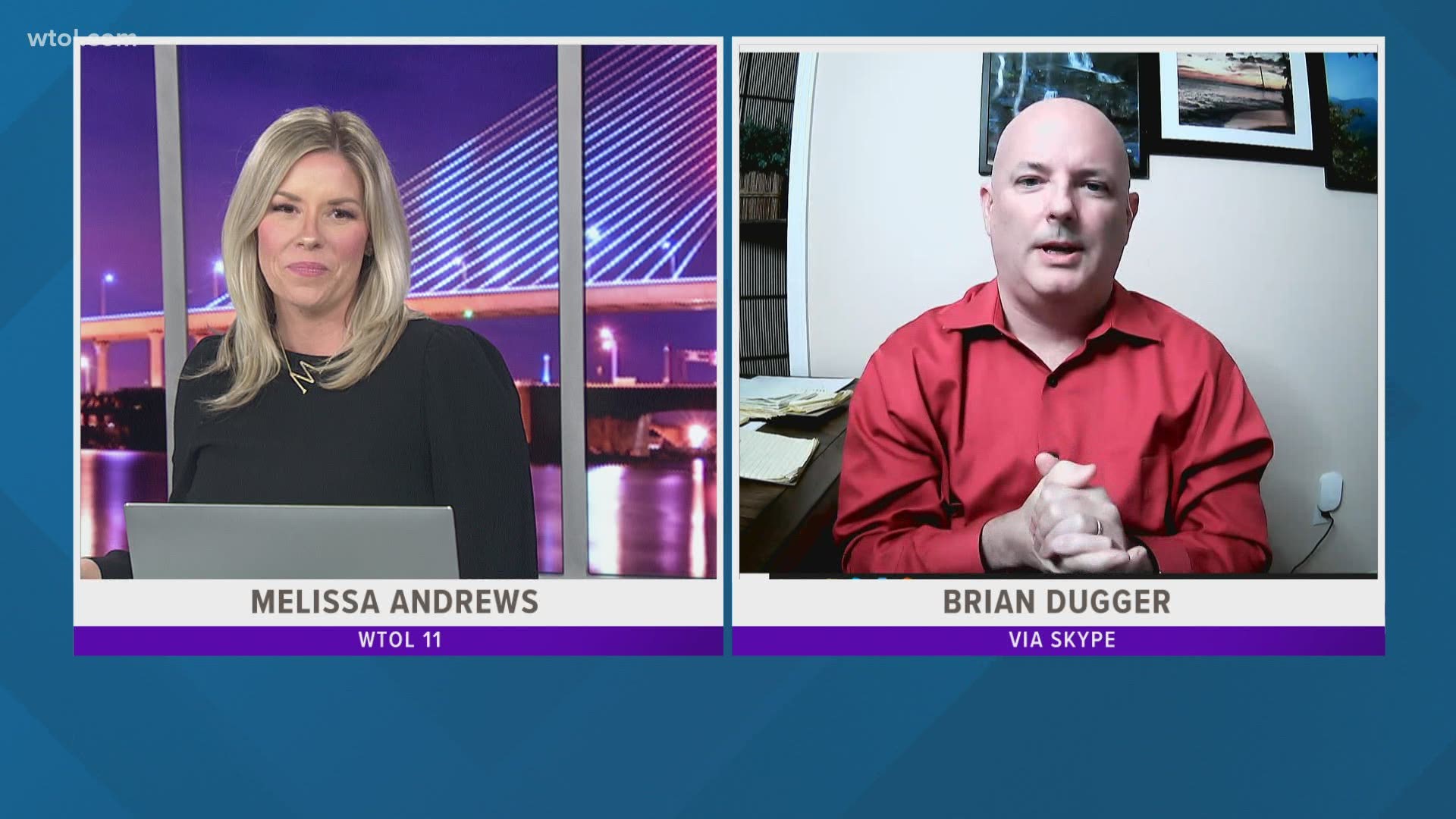 SANDUSKY, Ohio — Erie County has vaccinated about 200 police officers and deputies, despite law enforcement not being on the state's COVID-19 vaccination schedule.

Health Commissioner Peter Schade told 11 Investigates that many health care workers are not filling out the registration required to get the vaccine, and officers want the vaccine.

"What am I going to do, just sit on it?" Schade said when asked about the vaccination of law enforcement.

Many states, including Ohio, have been criticized for the slow vaccine rollout. By Sunday afternoon, 4.33 million vaccinations had been administered in the United States, despite the Trump administration's goal of 20 million vaccines by the end of 2020. In Ohio, 159,706 people have been vaccinated. But Erie County is second in the state, with 2.53 percent of its population vaccinated.

Toledo Police Chief George Kral has been very vocal about officers needing to be vaccinated.

"We get to every crash, every overdose first. My officers have brought back to life 201 people so far this year with Narcan. How are we not first responders?" Kral asked when reached by 11 Investigates last week. "This is a big deal. I'm not trying to bump others off the list. But law enforcement officers need to be in the first round of vaccinations."

When asked about Erie County's decision to vaccinate officers, Toledo-Lucas County Health Department spokesman Shannon Lands said the county has had numerous conversations with the state.

"Of course we would like to vaccinate our police officers. But the governor is very adamant that older adults are vaccinated first," she said.

When asked about Erie County's decision to vaccinate officers, Toledo-Lucas County Health Department spokesman Shannon Lands said the county is working with the Ohio Health Department to see if it can vaccinate others not currently listed in the current distribution phase.

But at this point, the state has not included law enforcement on any schedule. In Phase 1A, health care workers, EMS, and long-term care residents are being vaccinated. Gov. Mike DeWine said that about 60 percent of nursing home employees have refused the vaccine.

Ohio’s goals are to save lives and #SlowTheSpread of the virus. In the early #vaccination phase, the focus is on those most at risk & essential healthcare workers caring for #COVID19 patients. Learn more ➡️ https://t.co/7HkDyN3sEM #InThisTogetherOhio pic.twitter.com/vYVamCPJhv

The Ohio Department of Health said it's hard to confirm that number because nursing home vaccinations are being done by CVS and Walgreens pharmacies, but that anecdotal reports show that the number is around that figure.

"While we’re not releasing specific numbers in deference to the privacy of our employees, our vaccination rates in Toledo are in line with the percentages that Gov. Mike DeWine has discussed for this first round. That’s also consistent with long-term care facilities across the nation," Morley said.

Phase 1B is supposed to begin over the next couple of weeks and that group will include those 65 and older and school employees.

DeWine spokesman Dan Tierney said last week that the state has made saving lives the highest priority when it comes to the vaccination schedule and that 87 percent of the state's deaths have been in people ages 65 and over. He also said a secondary goal is to return all students to the classroom by March 1.

However, with so many people in the first round refusing the vaccine, some health departments are left with extra doses, something that has happened in Erie County.

Tierney said that if a county has extra doses, they should contact the Ohio Department of Health and return them so that as many people as possible in Phase 1A can be vaccinated.

But Schade said he wasn't waiting around for the state to dictate who could receive the vaccine.

When it was pointed out to him that law enforcement is not even included in the next round, he added: "I'm running my shop the way I need to run it."

Dan Tierney, Governor DeWine's spokesman, said Monday afternoon: "These are directives from the state of Ohio. We have talked to Erie County. I can't tell you what was said, but we want them to contact the state if they have extra doses," he said. "The vaccine rollout requires a coordinated response."