For years, residents near Fostoria have complained about smells coming from the nearby Sunny Farms Landfill. 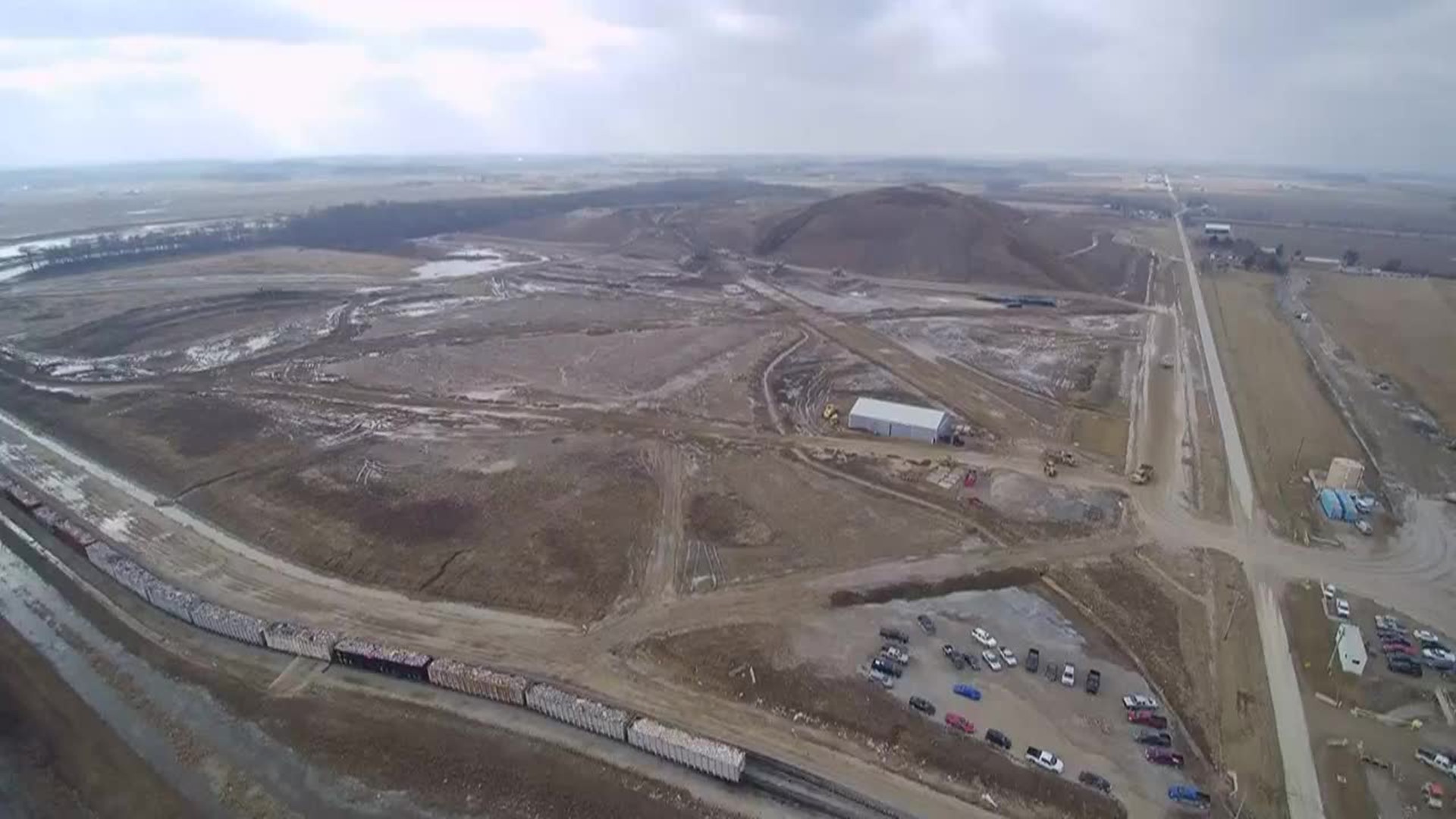 Earth movers and dump trucks pass each other on narrow roads snaked around the hills.

Inside the mounds, “cells” are filled with construction waste. Eventually, that construction waste buried at Sunny Farms Landfill four miles south of Fostoria will begin to break down, releasing hydrogen sulfide.

Surprisingly, the rotten egg smell is at its peak in the winter, when the molecules are pressed together, allowing it to travel further. Hopefully, measures in place on the site will prevent the smell from escaping Sunny Farms.

Sunny Farms has been a fixture in Seneca County since opening in 1970, but for the last five years, it has been an unwelcome fixture for many around the region.

Residents as far away as 10 miles say they are sometimes awakened in the night when a wave of hydrogen sulfide pulses through the sewer systems before erupting to the surface and filling homes.

On Jan. 31, the Ohio Environmental Protection Agency took enforcement action against the landfill, something it has done several times since 2012.

This time, the agency is requiring additional air monitors on the site and has told the operators that they must put more soil or a liner over areas that are no longer receiving waste. Monitoring by Sunny Farms, the EPA, and the Seneca County General Health District goes on around the clock on the 510-acre property.

“We have been out there a couple times since Jan. 31. They are on track to meet their deadlines,” said Ohio EPA spokesman Dina Pierce. “They are doing the work.”

Sunny Farms is a part of Tunnel Hill Partners, the largest integrated waste-by-rail operator in the United States. The company’s revenues were more than $200 million in 2018.

The deep pockets are evident in the multi-million dollar equipment now functioning on the site. Landfill gas is sucked from the large mounds of trash, the hydrogen sulfide stripped, then the purified gas is released.

It has been operating since the beginning of the year, shortly after a hydrogen sulfide reading of nearly 200 parts per million was registered in late December. The Ohio Department of Health recommends no more than 15 parts per million.

There is also a system to treat the water. The new management team at Sunny Farms is sparing no expense in attacking the odor problem.

“I live here. I am not just a transplant into this community. I am confident that the technology we are investing in is correcting the odor issue – and it is a temporary issue,” said Ben Nutter, a former Seneca County commissioner and current member of the Sunny Farms management team. “Moving down the road, there will be few times that Sunny Farms has issues with odor.”

But those promises have been heard before by residents. Three Fostorians have filed a class action lawsuit over “noxious odors.”

On a recent Wednesday night, nearly 500 people filed into an auditorium inside Tiffin Columbian High School, often trying to drown out comments from Sunny Farms executives at a forum also attended by Seneca County health leaders and members of the Ohio EPA and the Ohio Health Department.

An even more important meeting will take place on Feb. 28 when board members of the Seneca County General Health District gather to vote on whether to renew the license of Sunny Farms. Their license expired late last year.

During an interview with WTOL in her office, Seneca County Health Commissioner Beth Schweitzer insisted several times that the board’s hands were tied and that the county can’t force the landfill to shut down by denying a license, despite myriad health concerns from county residents.

“We’d lose that local control, and we really would have no local say,” Schweitzer says. “We sometimes are more available to do inspections or respond to concerns than the EPA is.”

But in an email from Ohio EPA media relations manager James Lee, the agency says Schweitzer is not correct when she says the county has no ability to shut down the landfill: “If the county denies the license, and the landfill loses on appeal, the facility CANNOT continue to operate.”

Schweitzer tries to clarify her original comments in a later phone interview, saying, “Right now we cannot deny. Right now, until we have our next meeting, we can’t deny, unless it’s voted on by the board to do so.”

Nutter refused to even entertain the possibility that the license will be denied, saying three times “there’s no reason they should not renew the license.”

But multiple enforcement actions from the state EPA and even more health concerns from county residents could be reasons for board members to consider a rejection of the license.

If the board does turn away Sunny Farms, it would be taking the first step in cutting off a major source of revenue for the county.

The $700,000 in annual revenue is nearly 20 percent of the agency’s $3.7 million budget. That money collected must be used for items related to the landfill, though the pot of unused money continues to grow each year. It now sits at more than $1 million.

When asked if any other entity contributed as much to the budget, Schweitzer said, “Off the top of my head, there is not.”

The Ohio EPA also benefits from having the landfill around, cashing $2 million in fees each year from Sunny Farms.

Some residents question how agencies collecting money from Sunny Farms Landfill can continue to regulate it, but Pierce says the state is not profiting from the landfill.

“We do not get funding from the state. We are a fee-funded organization,” she said. “Landfills, new landfills…some shut down. It’s just part of the system. If they are shut down, we budget for what we get.”

But whatever the explanation, it is clear that Sunny Farms is an important business for the state and for Seneca County. Nutter said he is committed to making sure the landfill is important and responsible.