11 Investigates' Amanda Fay looks into how much lead is in your child's juice and the dangers that experts say the heavy metal poses. 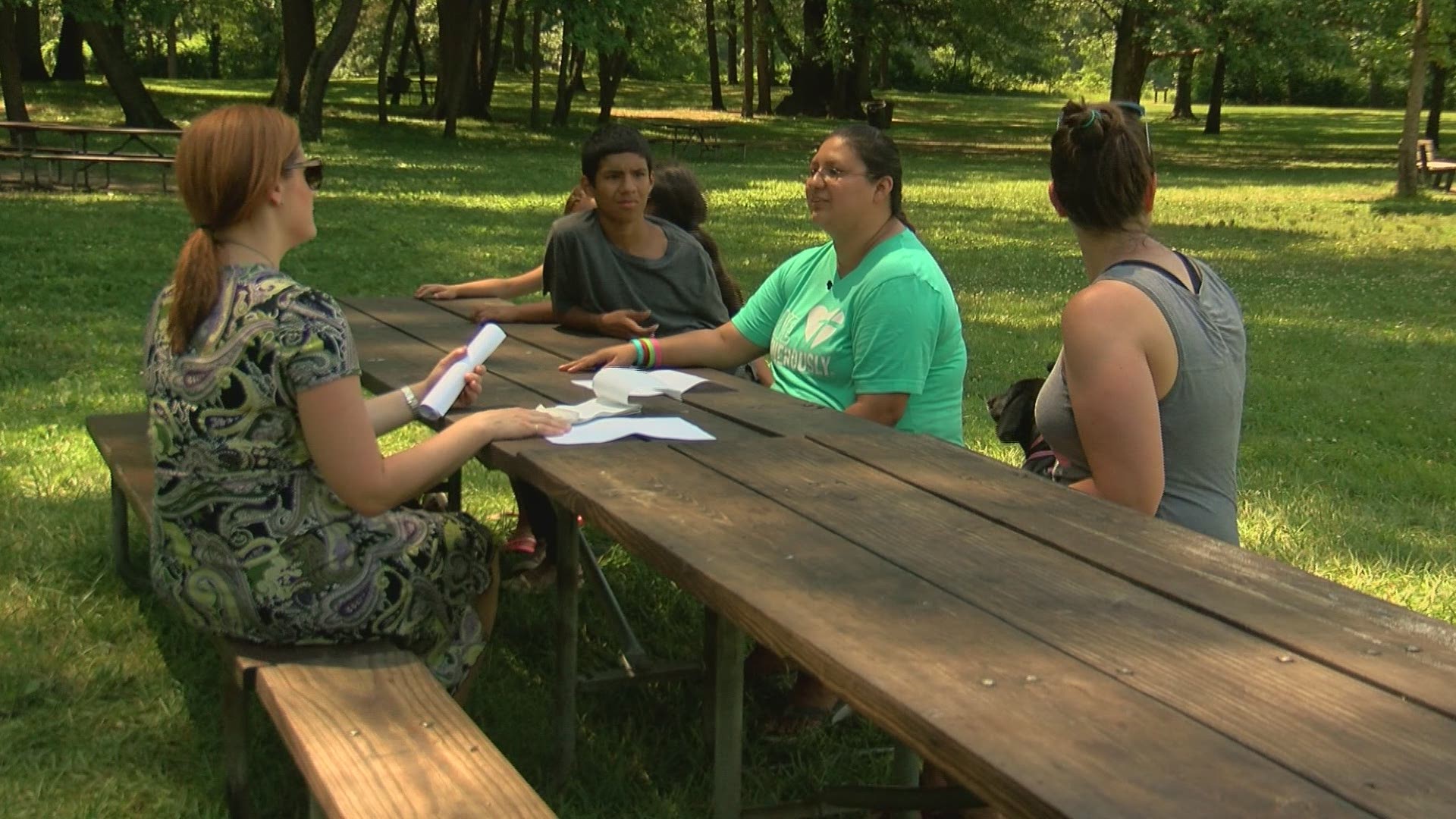 TOLEDO, Ohio — You may know lead is in our drinking water, but it's also naturally occurring in a variety of foods and beverages. One of them is something your children may be sipping on right now that parents might assume is a healthy option -- juice.

Juice is a staple in pantries of homes with children. 11 Investigates' Amanda Fay rounded up some parents, both at the park and on our Family Focus: Surviving Family Facebook Page, to find out your go-to juice and learn a little bit about its place in the household.

Carmen Rodriguez is a mother of four. She says, "I've started where they have to drink water during the day and the only time they get juice is at night during dinner."

Mother to a 4-year-old girl, Becky Lewis says about her daughter, "She doesn't really drink much juice. I think it was maybe 2 when she started. I would just give her watered-down juice. Now she gets one juice a day."

Can one juice a day still have an impact? 11 Investigates wanted to see just how much lead is in the juice many parents give their kids every day. We went shopping, choosing Welch's Concord Grape Juice, Juicy Juice Apple Juice Boxes, Great Value (Walmart) Apple Juice, Mott's Apple Juice and Minute Maid Apple Juice Boxes.

Then, we took them to the Center of Materials and Sensor Characterization at the University of Toledo to see exactly what's inside.

As former director of the RN, Bachelor of Science Program at the University of Toledo, Marilynne R. Wood has spent nearly five decades committed to reducing lead levels in children.

"These children who have lead poisoning or who have lead in their system tend to act out, tend to have trouble staying on focus, forgetfulness, impulsiveness at school," explains Woods.

The CDC's allowable limit for lead in the body is 5 micrograms of lead per deciliter. Wood says work is being done to reduce that threshold to 3.5 micrograms.

Woods says everything we eat and drink containing lead can add up. The FDA sets a limit for lead in juice at 50 parts per billion. So what about the juice we had tested?

Here are the results:

While the tested juice all came in significantly below the FDA requirement, the results were still enough to make our parents question.

"Why was there any at all?" asks Becky.

Lead occurs in foods because of its presence in the environment. Lead in the soil can settle on or be absorbed by plants grown for fruits or vegetables. The FDA adds lead that gets into or on plants cannot be completely removed by washing or other food processing steps. On its website, the FDA says it "seeks to limit consumer exposure to lead in foods to the greatest extent feasible."

As previously mentioned, the limit of lead allowable in juice is 50 parts per billion. For bottled water, it's 5 parts per billion. 11 Investigates' Amanda Fay reached out to the FDA to understand the discrepancy. She wasn't provided a formal statement, but a public information representative says water and juice have different compositions.

Woods still recommends parents focus on giving their children water. "Their bodies are so small compared to adults," she says. "The impact on their brain and their body. Their growth, their kidneys. Really makes a big difference."

The Environmental Defense Fund is urging the FDA to drop the limit of lead in juice to 5 parts per billion to match the limit for bottled water. The FDA declined an interview on the subject. We reached out to the individual parent companies of the five juices she had tested about whether they're working to reduce levels. Only one statement was returned from the Juice Products Association, which represents about 100 juice producers. It reads:

"The juice industry is committed to providing safe, high-quality and nutritious juices that meet or exceed regulations established by the FDA for food safety. These standards are set by the FDA based on a reasonable certainty of no harm.  By law, the juice industry is required to comply with these standards and juice producers as well as the FDA regularly test juices to ensure juice is within these safety limits. While there is no scientific evidence indicating that the presence of trace levels of lead in juice has caused any negative health outcomes for individuals of any age, companies continue to innovate in their sourcing and production methods to further reduce levels."

Meanwhile, the moms with whom Amanda talked say they're happy to be informed. Lewis says it's one more thing to have to check, but she's not overly concerned as she limits her daughter's juice intake.

"It makes me think. I don't give them a lot of of juice, but I do have a child who's behind on stuff. He's very smart, but very behind on everything."