From nosebleeds to respiratory ailments, residents and former workers have Sunny Farms Landfill in their sights; no doctor has said that any of the medical complaints can be directly linked to the landfill 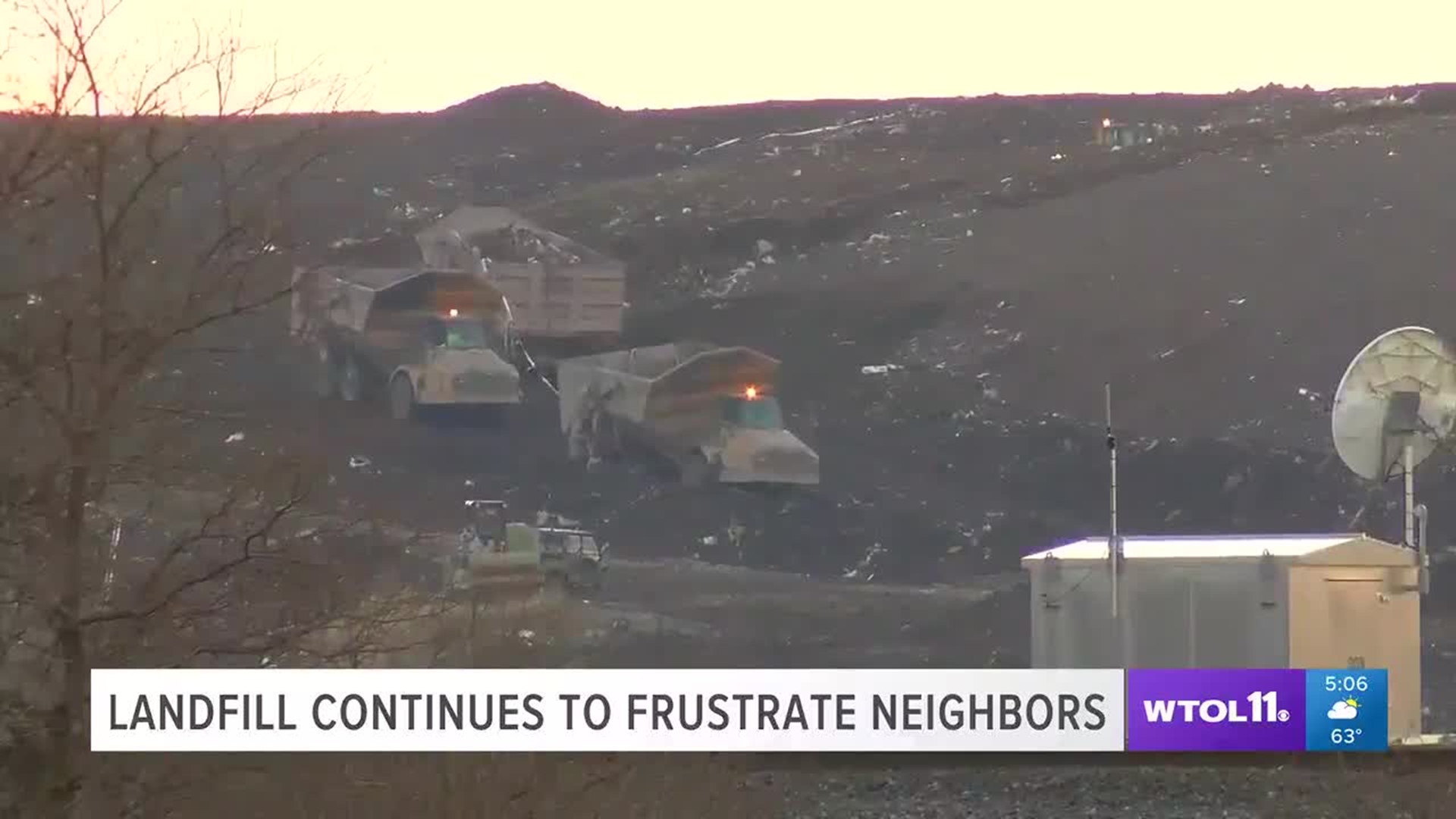 There was a putrid smell in the air, something that he had grown accustomed to while living within five miles of the Sunny Farms Landfill. But it was particularly strong on this day, when the temperatures reached into the 40s. It was a great day, though, for a bike ride with his 11-year-old granddaughter, but the smell still made him hesitate.

“But my thinking was, ‘Why teach a child to be intimidated by a landfill that’s five miles away?’ Walters says.

“So we set out anyway, and about an hour later, after a 40-minute bike ride, she had a severe nose bleed – the first one she’s ever had in her life. So afterwards, I’m like, ‘Was I a good grandparent to even expose her to that?’ But then the other question is, ‘Why should anyone be exposed to that?’”

It’s a question that more and more Fostoria-area residents have been asking about their, in many cases, unwelcome neighbor. Over the years, neighbors have complained about the obnoxious smells coming from the landfill. The hydrogen sulfide gas, some neighbors say, awakens them in the middle of the night – like a slap to the face.

Recently, the calls have become more vocal and state and local officials are listening.

In February, close to 500 people crowded a high school auditorium to express their anger to state and local health and environmental officials. On Feb. 28, the Seneca County General Health District announced its intent to deny an operating license for the landfill, which has been cited numerous times by the Ohio Environmental Protection Agency. The landfill will have its chance to plead its case in a hearing, tentatively scheduled for the end of July.

But Walters and four other residents who met with 11 Investigates recently said enough is enough.

“If I walked up and smacked your granddaughter in the face to where her nose started bleeding, I would hope you’d beat the hell out of me,” Walters says.

Though there have been more than a dozen residents who have complained about the landfill to 11 Investigates, no doctor has said that any of the medical complaints can be directly linked to the landfill.

But that hasn’t changed the beliefs of residents – and former workers – that the landfill has caused many of their illnesses.

Roberta Collins is on oxygen. Her lungs are scarred from pulmonary fibrosis. But she has become a student of the effects of hydrogen sulfide, and she has no doubt that Sunny Farms is to blame.

She says the symptoms are ever-present.

“My grandkids always ask me – I stopped wearing makeup because my eyes was always watering - and they said, ‘why are you crying grandma?’ And I say, ‘Must be allergies or something.”

Dr. Clay Wolph, who has a chiropractic practice in downtown Fostoria, was born in town in 1971. He says the landfill went from being a dumping ground to now a mountain of all that trash.

Landfill executives have heard the complaints of residents – over and over. Brian Ezyk, the vice president of environmental engineering and compliance for Tunnel Hill Partners, was brought in to ensure the landfill meets future deadlines from the Ohio EPA. He believes they are on track.

Some of the improvements include 18 new gas wells drilled to collect hydrogen sulfide gas and a massive blanket to suppress odors in dormant sections of the landfill. Ezyk says readings are now at acceptable levels almost every day.

But similar breakthroughs have been touted before. Recently, five residents sat down with 11 Investigates to tell of what they say are the landfill’s broken promises.

In July, the landfill will have a chance to tell the Seneca County General Health District why it should keep its license to operate. Many residents hope the landfill’s arguments are dismissed.