After a viral cell phone video, 11 Investigates spoke exclusively with a Toledo police detective who battles online predators every day. 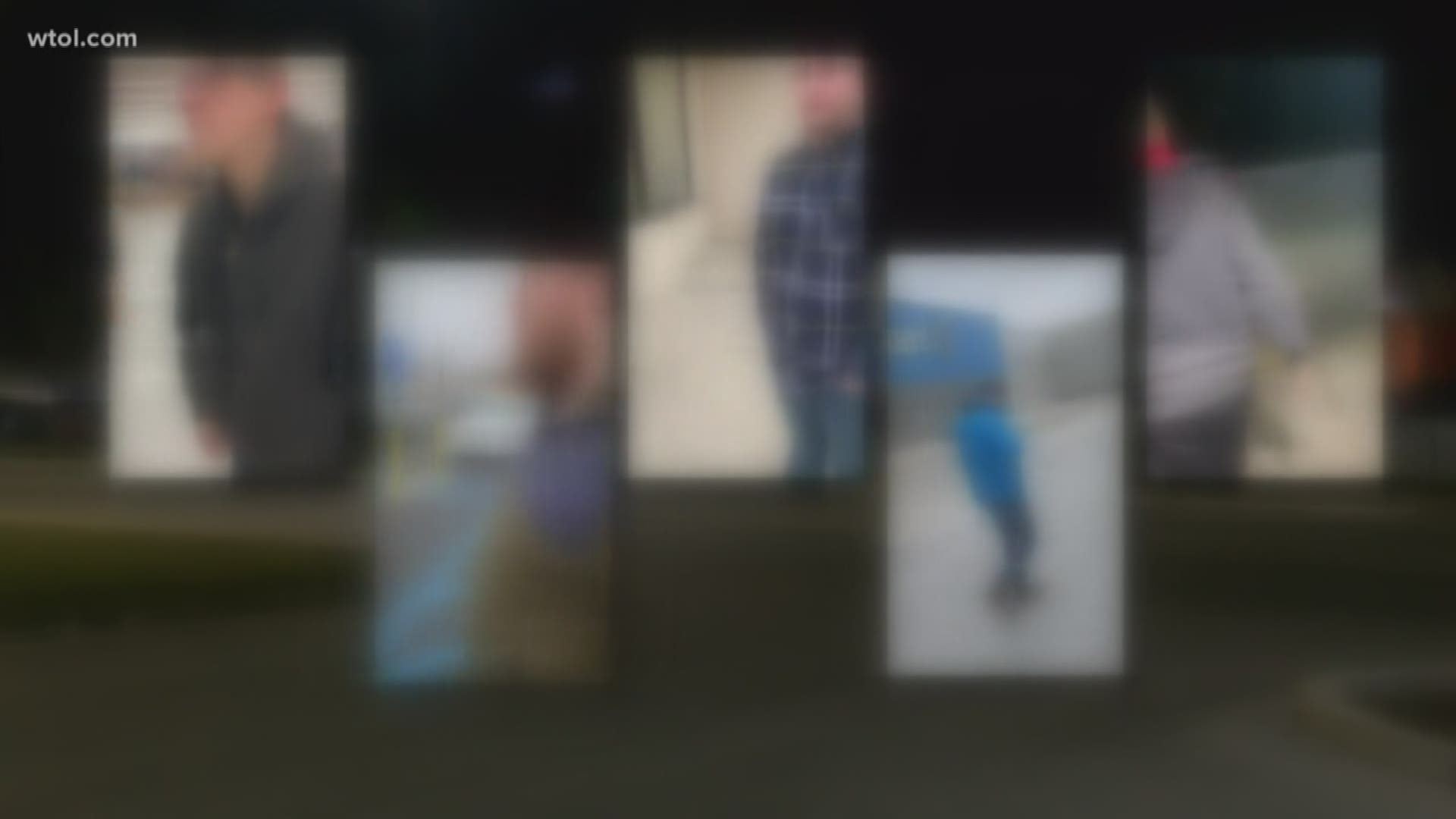 FREMONT, Ohio — You may recall a confrontation in January when three Fremont men approached Rafael Valadez-Loera at a Walmart after they say the 39-year-old was messaging who he thought to be a 13-year-old boy.

In this case, the men took matters into their own hands.

But our 11 Investigates team found that police are condemning these actions, saying it's dangerous and harmful to any potential prosecution.

Since the initial confrontation at the Fremont Walmart on January 21, the group of men, which calls itself "Dads Against Predators," has proverbially caught four others who they claim sought out sex from minors via social media messaging.

"I just made it, didn't even put a picture up or anything," Carnicon said. "I looked up at the TV and looked down and I had three images, some with penises and pictures. And then all three of those guys, I proceeded to tell them I was 14 and they were all down."

"If they want to come to us after that and say, 'Listen, we've been chatting with this guy.' It doesn't help us at all when we can't recover that evidence," said a Toledo Police detective who specializes in crimes against children with a focus on online offenders.

WTOL 11 is concealing the detective's identity because of his sensitive line of work.

"I think it's a terrible idea," the detective said. "It's reckless and it's dangerous. The type of people we're dealing with, the predators, are very dangerous. They have everything to lose. So if they suspect that they're getting in trouble, they do everything they can to get away."

It's a warning that comes just weeks after Sandusky County officials huddled together and made a strong condemnation against these men, warning of potential danger and even prosecutorial issues.

The TPD detective said this type of work goes on behind the scenes and not in the public eye.

For Conley, he said that's precisely the reason he took on this project.

"Cops really don't force this issue, do you know what I mean," Conley said. "Until something happens, somebody has to disappear and get hurt. Then they want to jump."

"I've got three kids, man," Joshua added. "I'm also going to school to be a teacher. So the youth in my community is very important to me."

"The children in this community are of the utmost importance and their safety is of the highest priority to the Fremont Police Department," Bliss said.

While both sides agree on priorities, police said the ends simply don't justify the means in the case of everyday folks trying to nab a bad guy in a public place.

"The issue is destruction of evidence when, say, a predator shows up thinking he's going to meet a 12-year-old girl to have sex with, or a boy, and all of a sudden it's just the general public," the TPD detective said. "All he's going to do is get back in his car and destroy evidence."

The detective wouldn't discuss any specific procedures police have to follow but said entrapment was the issue at hand.

11 Investigates asked Dads Against Predators if they feared their work could go down the drain in front of a judge. They say they've considered it but they're confident their process would stand up in court.

Either way, they said it's worth the risk.

"When was the last time law enforcement caught three predators?" Joshua questioned. "And these guys are getting charged because I have evidence and I keep track of everything."

So far, WTOL 11 can confirm that only Valadez-Loera has been charged with tampering with evidence. U.S. Border Patrol took him into custody on work visa violations after the video was posted in January.

While police admitted they started investigating each of the subsequent confrontations, the behind-the-scenes work hasn't ever stopped.

"With the numerous different websites that are popping up each day, we have not seen an increase but we're becoming more aware of how predators are using these websites," the Toledo police detective said.

That's good news for Joshua and his friends, all of whom want the public to understand the harsh reality of today's dangers.

"It's not old guys in vans handing out candy anymore," Joshua said. "It's guys behind a computer screen handing out compliments to immature children."

The TPD detective said it's possible the Dads Against Predators could get in legal trouble themselves. For example, the detective said they could be charged if they were using child pornography to bait these alleged predators.

The group told 11 Investigates it does everything "by the book" even though the men admit they are walking a "very thin line."

RELATED: Child predator suspect caught by dad who pretended to be teen on Facebook