11 Investigates: Family of 13-year-old murder victim speaks out about the verdict that sent 2 men to prison for life 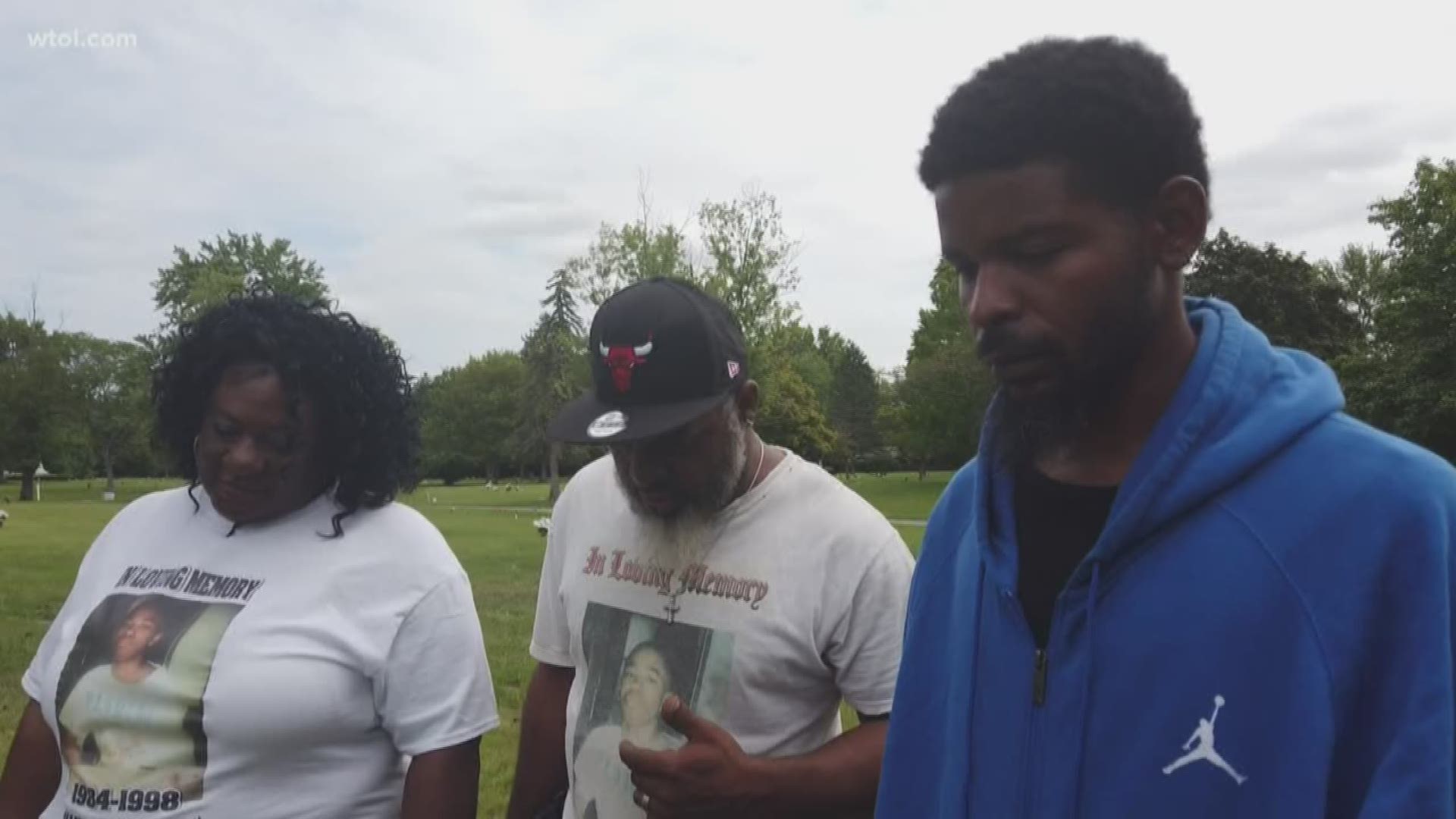 TOLEDO, Ohio — A large stone monument, inscribed with the Lord’s Prayer, stands watch over a row of graves at the Ottawa Hills Memorial Park.

At the end of the row is a simple grave decorated with flowers. But there is nothing simple about the story of the young man buried beneath the marker.

Maurice Terrell Purifie was 13 years old when he was brutally murdered in the early morning hours of June 15, 1998. More than 20 years later, his brutal death is still being discussed because two men – Wayne Braddy and Karl Willis – continue to maintain they had nothing to do with his killing. Those men claim that Travis Slaughter was the lone killer.

It is not a belief shared by Maurice’s sister, Sherrie.

“I believe Wayne Braddy and Karl Willis took turns beating him up and shooting him,” Sherrie Purifie says.

She says a memory ingrained in her memory is Braddy chuckling after the guilty verdict on Jan. 7, 2000.

During an interview with 11 Investigates, Braddy said he was in shock at the verdict and nervously chuckled and meant no disrespect.

It appears she could have some doubt about Willis’ guilt, but she says those doubts were squashed when Willis did not testify on his own behalf, something that his attorney, Peter Boyer, told him not to do, believing that the state had not proved guilt.

Credit: WTOL
Maurice Purifie was laid to rest at Ottawa Hills Memorial Park after his 1998 murder.

The failure to testify also sticks out to her brother, Cam, Maurice’s younger brother.

“I believe they did it. Everybody gets the chance to take the stand. Why don’t y’all get up there and prove your innocence? Forget what your lawyer says,” Cam says. 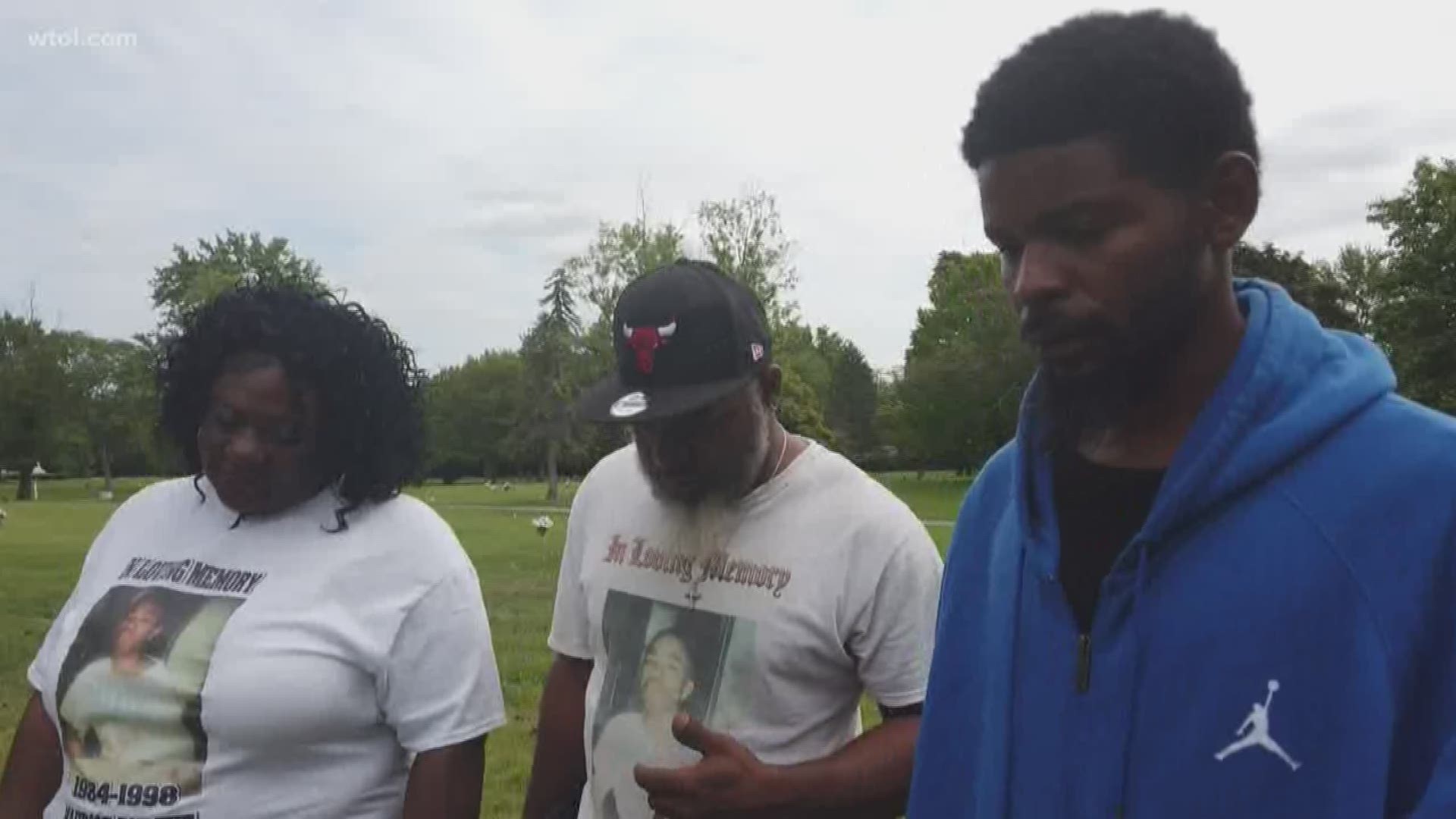 But the mind of their brother, Troy, was changed after watching 11 Investigates’ interviews with Braddy and Willis last week.

“At first, I didn’t understand why the project innocence took their case, now I do. … I think they are innocent. I really do from the bottom of my heart.”

According to Troy, he did hid his own “neighborhood” investigation and heard that the killing happened because of a fight after a basketball game earlier in the day. In that game, he heard that Maurice beat Slaughter in a game and wanted him to pay up on a bet.

“(Slaughter) changed his story six times, and then they give him a plea deal after all that. And he admitted that did it by himself. And these guys were innocent from the beginning, and there is no evidence other than what Travis said. That’s not justice.”

But there have been so many stories of the killing. Thursday morning was a time to remember the stories of the young teen’s life - and his family had so many of those stories to tell. Maurice was a basketball player, already taller than his brothers. He was a straight-A student. He was in church revival the week of the killing. He had a kind heart, easy smile, and was always there for his friends. At the age of 13, he was the heart of the family.

“Maurice was full of life. He would always make me laugh. You never knew what he’d say. He was just funny. He was just a special brother to me,” Troy says.

Younger brother Cam remembers scrapping with him - in the way that brothers would scrap. But he always wanted to be with him.

“I used to be with him every day. I’d try to hang around and he’d say I couldn’t come. He would hang around older people, but I was always there,” Cam says.

Sherrie says she still cherishes a special day she spent with Maurice at a South Toledo park shortly before his death.

“The time we went to the park one day, and we played all day. To this day, I still go to that park and sit and have those memories, because that’s all I have right now, the memories.”

With the passing years, it is easy to believe that memories could be lost or the sound of a young man’s voice could fade.

Troy is asked if his brother’s memory is beginning to fade, and he responds: “Nah, I ain’t going to ever forget him.

Then he pulls up a sleeve to show a tattoo on his forearm that reads: R.I.P. Maurice.

Sherrie pleads for the coverage of her brother’s murder to stop, saying she has lost six pounds in the last week.

“It tore us apart,” she says. “We cry all the time. We get together and discuss it, trying to figure out how this could happen to Maurice.”