The US Department of Justice is suing a Toledo landlord for allegedly sexually harassing his tenants. 11 Investigates learned landlord discrimination is widespread. 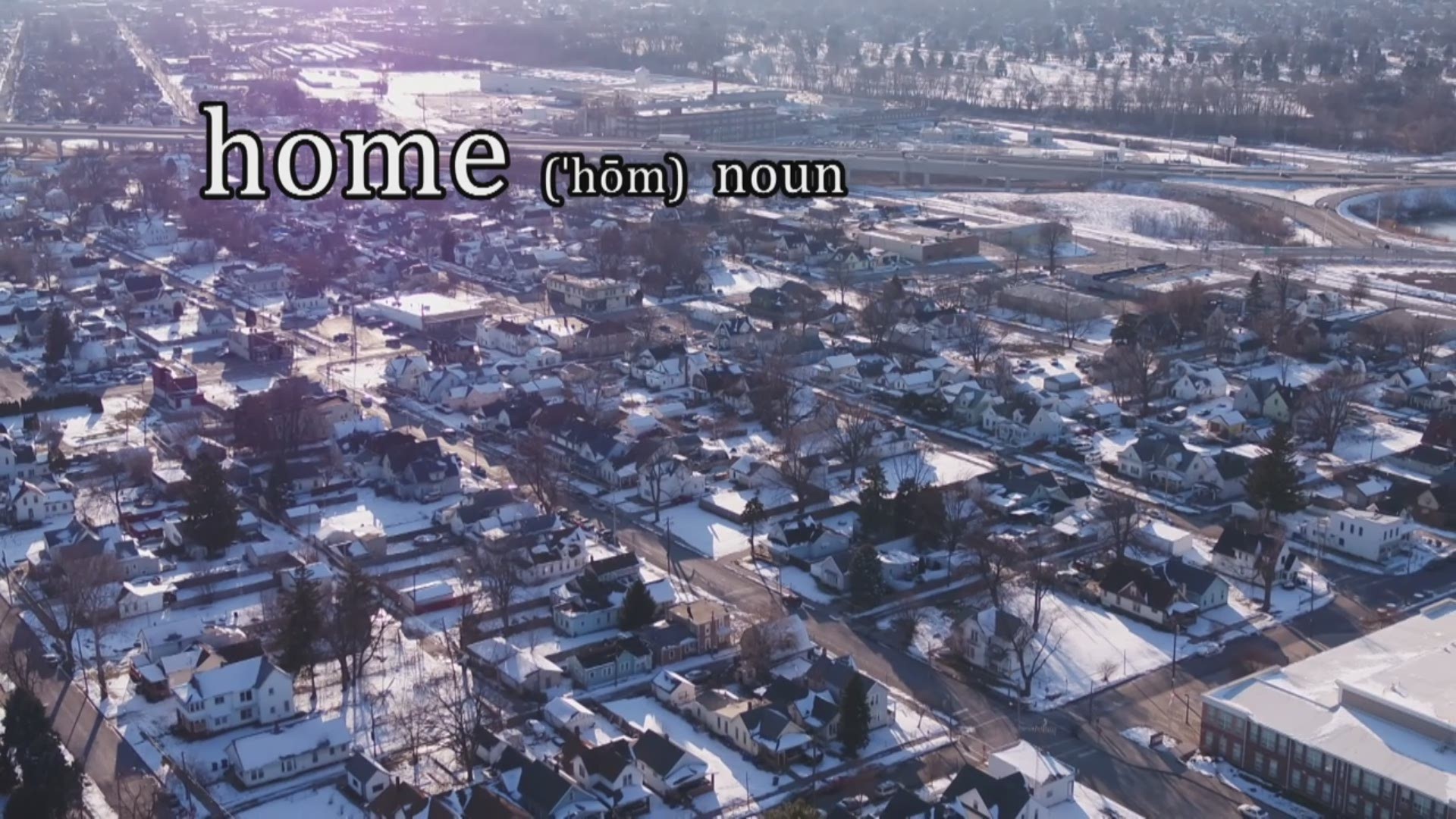 TOLEDO, Ohio — Going home after a day at work or school is a great feeling for most of us.

It's familiar. It's comfortable. And it's safe.

But not for everyone.

In fact, tens of thousands of people across the country say they've been discriminated against within the confines of their own home.

That staggering number includes at least four Toledo women, one of whom is speaking out and claiming her landlord not only exploited, but harassed her.

Merriam-Webster defines a home as "a familiar or usual setting; a congenial environment."

You may be picturing an ordinary home with typical features in a normal neighborhood.

But it's hard for anywhere to feel like home after you've been trapped inside.

"He had a heater and a tarp down and that's when everything started," said a Toledo woman who claimed she was subjected to harassment by her landlord. "He had it planned out. That he's done this before."

11 Investigates is not identifying this Toledo woman because she said she's a sexual assault survivor.

The alleged attacks came at the hands of her former landlord, Anthony Hubbard, from 2013 to 2017.

The woman said in exchange for a good deal on rent and utilities at her previous house on Macomber in central Toledo, Hubbard sent her sexually explicit text messages and even demanded sexual favors when she was late on rent or needed a repair.

"I didn't realize it was too good to be true because I've had a previous landlord who would help me out with refrigerator, stove, different items that I needed, but I didn't have sex with him or anything," the woman said.

Stephen Hartman is an attorney with Spengler Nathanson. He said Hubbard has not done anything wrong.

"He categorically denies that he's every discriminated against anyone in the housing realm," Hartman said.

Hartman is representing Hubbard in a lawsuit filed Dec. 23, 2019, by the United States Department of Justice.

"A pattern of conduct that started in 2007 and continued over a decade where Mr. Hubbard and others are alleged to have engaged in harassment, but also seeking to trade sexual favors for things like discounts on rent or waiving of maintenance fees," U.S. Attorney for the Northern District of Ohio Justin Herdman told 11 Investigates.

Herdman said the issue is prevalent enough that the Department of Justice kicked off the Sexual Harassment in Housing Initiative in 2017.

"We're focused on very vulnerable victims in these cases and they deserve dignity and respect," Herdman said. "We're trying to seek that out for them and ensure they have an opportunity to have stable housing just like anyone else and that they would not be subjected to harassment, sexual assault or any other kind of coercion in the course of pursuing their housing."

"It's not one in a million"

"The case serves as a cautionary tale to anybody that interacts with tenants that this type of behavior, that sexual harassment is a violation of the fair housing act and will not be tolerated," Flannery said.

In this woman's case, she told 11 Investigates she felt trapped. She's a low-income individual with kids to feed, so simply leaving was never a consideration.

"I didn't think about walking out because I know a lease isn't just a piece of paper," she said.

Flannery said that's a common concern, especially because most solutions to these types of problems aren't instantaneous.

"What we tell people when they're faced with any kind of harassment is to keep a journal, to keep contemporaneous notes of what's going on," she said.

Attorneys tell 11 Investigates this lawsuit is still in the discovery stage, meaning we're many months away from a conclusion. It's an excruciating wait for this woman, who said the outcome of a federal lawsuit is only a piece in the puzzle.

Herdman explained that because of what's alleged under the Fair Housing Act, this matter is civil and not criminal.

Since the Sexual Harassment in Housing Initiative kicked off in 2017, the D.O.J. has filed 12 lawsuits against landlords across the country.

11 Investigates asked Herdman why it was such a seemingly low number, but he argued it's actually high considering the difficulty of finding these victims and putting together these cases.

If you feel you're being discriminated against by your landlord, we want to hear from you. You can text us at 419-248-1100 to share your story.