Most of these agencies said they police themselves internally – relying on random and routine reviews to uncover instances where officers failed to record. 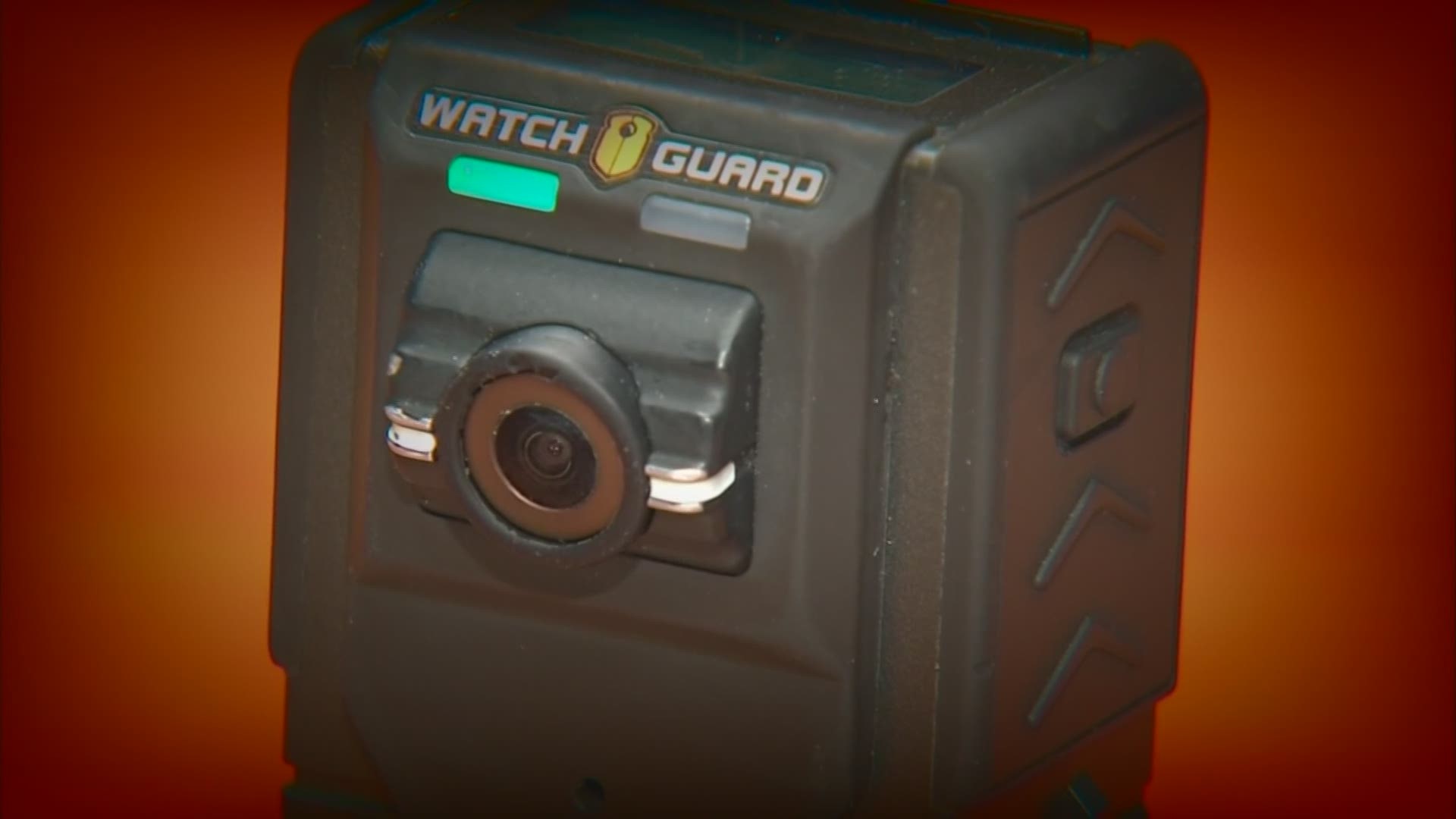 COLUMBUS, Ohio — A survey of more than two dozen Ohio law enforcement agencies found very few of them closely track when officers fail to record on their body-worn cameras, a month’s long investigation by 10 Investigates uncovered.

While a growing number of police agencies in Ohio continue to use or acquire body-worn cameras, 10 Investigates found the majority of agencies didn’t have the ability or resources to accurately track with certainty how often their officers were misusing these devices.

Instead, most of these agencies told 10 Investigates they police themselves internally – relying on random and routine reviews to uncover instances where officers failed to record.

Our investigation was spurred in part by the death of Andre’ Hill, an unarmed Black man shot and killed by now-former Columbus police officer Adam Coy.

A Franklin County Grand Jury indicted Coy on Wednesday on charges of murder, felonious assault and dereliction of duty – the latter charge stemmed from Coy’s failure to initially activate his body-worn camera.

Hill’s death – which marked another instance in America where a Black man was killed by law enforcement – has led to renewed calls for police reform and upgrades in police technology.

Were it not for a 60-second “look back” feature that records video after an officer hits the record button, the public would not have been able to see what led to Hill’s death. Hill was visiting the home of a friend on Oberlin Drive when he was fatally shot by Coy.

A responding officer told internal affairs investigators that Coy thought Hill was armed – but no weapon was recovered.

Columbus Mayor Andrew Ginther has proposed spending more than $4.5 million to upgrade the Columbus Division of Police’s body-worn camera system – including adding new cameras and safety net features that would ensure video and audio gets recorded even if an officer were to fail to record or misuse the equipment.

The “look back” feature offers a 60-second window into the past, but the current configuration with the Columbus Division of Police doesn’t record audio during that timeframe – meaning a tool paid for with public dollars has limits on what the public can see and hear.

As part of our investigation, 10 Investigates reached out to 26 law enforcement agencies across the state – including police departments in three major cities - Columbus, Cincinnati, Cleveland – and 23 other agencies throughout central Ohio.

Among that latter group is the Columbus Division of Police, which told 10 Investigates: “we do not have the administrative staffing in place to audit (body-worn camera) recordings for every officer on every single incident.”

When pressed about why his department didn’t closely track instances when officers failed to record on their body-worn cameras and if that were a mistake, Quinlan said: “Well, I can't quantify what someone is not doing, but I can tell you what that we are using the camera because, again, you wouldn't have 800,000 recordings, if people were not using the equipment in good faith -- activating the equipment at all times per the policy.”

Quinlan said he believes there is “substantial compliance” among his 1,900 officers and pointed to 43,000 video reviews that his supervisors performed last year out of the roughly 800,000 body-worn camera videos recorded – a review that represents 5.3 percent of the videos.

10 Investigates requested copies of those video review forms but we were told getting them to us would be difficult because the division of police does not store or categorize them together. We have also asked for figures showing how many videos were reviewed in 2019 and 2018 – and are still waiting on a reply from the Columbus Division of Police.

When asked directly about his feeling that there is “substantial compliance” and the division’s 1,900 officers and the fact that the department doesn’t have the resources to closely track instances of failure, Quinlan said: “I’ve given you my answer, Bennett. And I don’t know how 43,000 reviews of body cameras is insufficient to make sure that officers are doing what they’re expected to do…”

The data 10 Investigates did receive so far shows that since 2018, the Columbus Division of Police has disciplined 51 officers for failing to record on their body cameras.

Six of those incidents involved officers who failed to record during a use of force incident.

Coy is the only one of those officers who has been fired.

David Harris, a law professor at the University of Pittsburgh School of Law, told 10 Investigates that body cameras represent a “considerable public investment” and that it’s a mistake for police agencies to not adequately monitor compliance.

“It is unfortunate, but not enough departments are doing this, and it's a mistake,” Harris said, adding: “Not just, ‘well we don't have the money.’ It's a mistake when you invest, very considerable public resources in a program using a technology and you go to the trouble of training people on it, setting up policies and training people on those. And then you don't measure whether or not these things are being used and used properly…”

Harris said it’s not necessary or practical for departments to measure every single incident, but he says law enforcement agencies “at the very least” should be conducting consistent random reviews, which several departments – including the Columbus Division of Police – told 10 Investigates that they do.

“If you don't know if the rules are being complied with, you don't know whether the cameras are doing the job that they are supposed to do,” Harris said. “And as you know, these things represent a considerable public investment at a time of great stress on budgets in police departments and cities.”

“Something’s wrong with that.”

Unlike Hill, officers alleged Jones reached for a gun in his waistband.

The use of force was later found to be within departmental policy. But similar to Hill's case, it too was captured through a “look back” feature - meaning the first minute of audio wasn’t captured because the officer who opened fire hit record after the shooting.

“Literally, the moment that my brother's body touches the ground is when you hear ‘Oh my God, why did you do that, oh my god,’ like that's when you start to hear the audio. There's something wrong with that.'”

Phipps sued the city but her lawsuit was later withdrawn.

She told 10 Investigates she has concerns about officer discretion when it comes to activating of body-worn cameras.

10 Investigates requested to speak with the officers involved in this case, but a spokesman for the division of police declined to make them available.

Motorola Watchguard, the company that currently supplies the Columbus Division of Police with its body cameras, told 10 Investigates that the “look back” feature is configurable for each agency – meaning that it was a detail hammered out in talks between the city and the police union.

It’s a tool the public pays for that right now comes with limits on what the public can see and hear.

“You're talking about the conversations between the city and the union setting the buffer time, this is a great example,” Harris said. “They do it for their own purposes without regard to the need for public accountability -- and that's a mistake.”

Keith Ferrell, the president of the local fraternal order of police, says they are open to discussions about body camera upgrades so long as privacy considerations are also addressed.

“I don’t think we want any pieces of the puzzle missing either,” Ferrell said. “The question is what about everything else? If I am having a private conversation with my supervisor, does that need to be captured? Obviously, there are privacy considerations with restroom breaks or whatever else it may be. How do you avoid doing that? I don’t think that’s certainly in the interest of the public. I don’t think that’s the intent of these cameras anywhere so that we can all review them later and have discussions about it.”