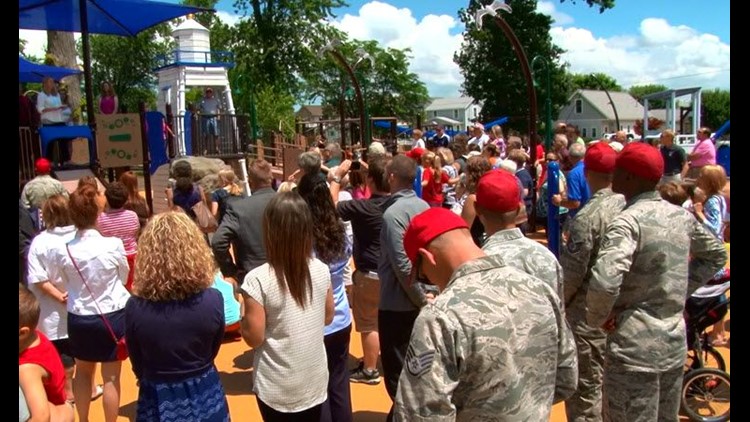 On Friday, a brand new inclusive playground was opened to the public in Port Clinton.

"We decided that everyone needs to be able to be invited to the party." said Trish McCartney, chairperson of the Flagship Collaborative Play Place Committee.

The inclusive park, dedicated on Friday at Lake View Park in Port Clinton, was designed to allow children with disabilities to play alongside with able-bodied children.

Each piece of equipment is designed for interaction and inclusion.

"Instead of having children playing at the base of the ramp, they can go up the ramp," said McCartney. "They can go to the heights and play with all of the equipment on the way up."

It's more than just getting special needs children out of their homes and active, but also interacting with other children they normally would never meet.

"Because they, maybe can't play at other parks," said park-goer Michael Dusseau.

Over $500,000 of funds were raised over 2 years to pay for the park and volunteers were the primary workforce of its installation.

But the real heroes are the members of the 200th Red Horse Squadron out of Camp Perry, who used their military engineering expertise to have the playground built from the ground up in only one month.

"We put in some long days, some long hours, but we wanted to make sure it all came together. And everything came together for the kids." said Master Sergeant Tom Barron.

And you can tell from the faces of the kids here that it was a job well done and well worth it.

"Thank you everybody that made this possible." said Michael Dusseau.