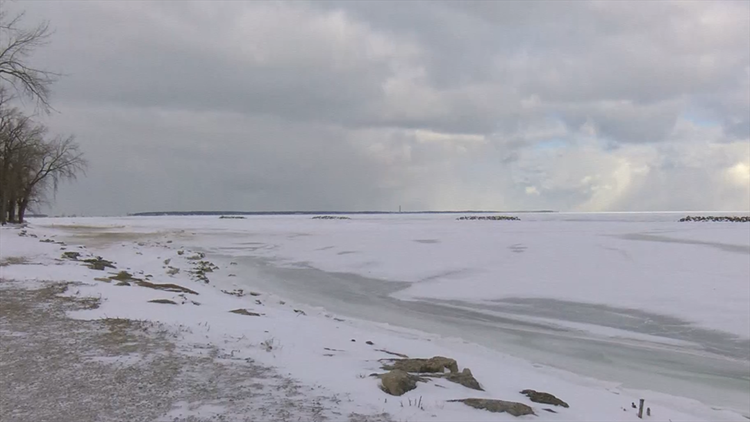 PORT CLINTON, OH (WTOL) - While most people see the cold as a nuisance, to people in the fishing industry along the Lake Erie shore, it is a blessing.

Cold air has settled over northwest Ohio for a few weeks and the ice of the western basin of Lake Erie has hardened.

"There are some businesses that might not like the cold as much as others, but those who depend on ice fishermen certainly they're thrilled with what we're seeing this time of year," Larry Fletcher, President of Lake Erie Shores and Islands, said.

The last few winters have been too mild to support much ice fishing, and many ice anglers had to go further north. But the Ohio Division of Wildlife says those fishermen are biting at the bait to get back to northwest Ohio now that the ice has returned.

"It's hit or miss here in Ohio depending on the weather, so we are weather dependent," Michael Ohlrich of the Ohio Department of Wildlife said "But, when we get good ice, a lot of people will agree that this is some of the best walleye fishing that they've seen anywhere."

And for the Port Clinton and Catawba Island area, this will be a nice boost to their local economy, as the majority of the tourism there usually happens during the summer months.

"That makes our charter captains happy that have that as part of their business," Fletcher explained. "It makes restaurants and hotels happy and the bait shops and all of the other businesses that benefit from that."

While everyone likely knows that this arctic weather will not last forever, the fishermen of Lake Erie are hopeful that it will last long enough to harden the ice enough so they can get out on the water for at least another month.

ODNR regulations for ice fishing requires anglers to pick up a fishing license that expires on February 28.

Walleye bag limit is set at six per day.