Councilman Larry Sykes wants to limit vape product sales to those 21 and older and only from specialty establishments. 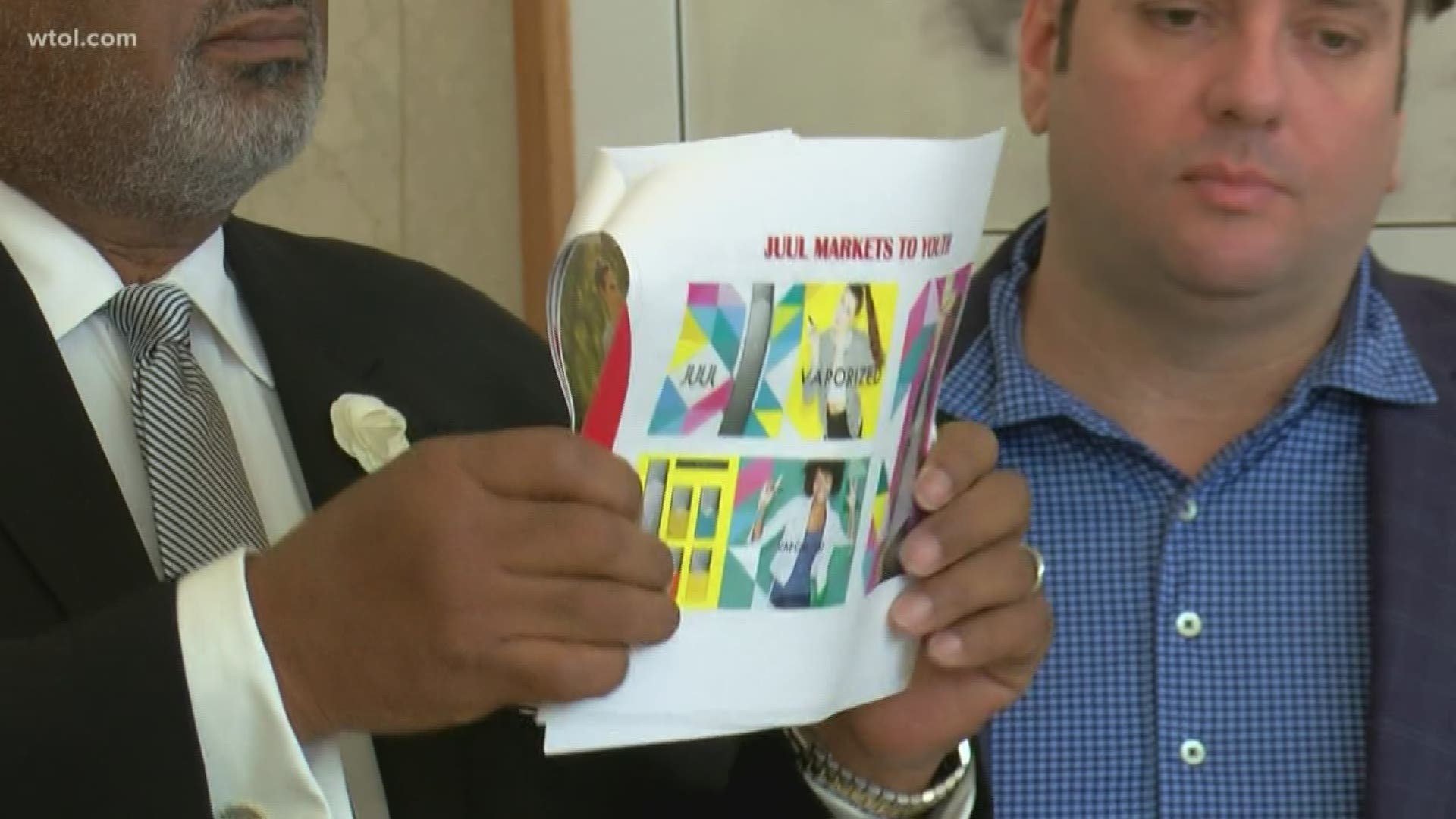 TOLEDO, Ohio — Concerns over vaping among young people continue to grow, which is why one Toledo councilman is proposing an option to curb the problem.

RELATED: 'This problem is way, way bigger than we ever imagined' - 11 Investigates: Vaping in NW Ohio schools

At a press conference, Sykes said the goal is to disrupt the supply chain of these products to people under the age of 21.

The proposed ordinance says vape products could only be sold at specialty shops or places where these products account for 60% or more of the business's sales.

Sykes said he intends to ask the council to vote on December 10. If it passes, the law would go into effect 30 days later.

"Understand there is a serious health issue here," he said. "It hasn't been out long enough to know what the total side effects (are), but if you're buying one of those Juuls and it's battery-operated -- lithium -- what does that give off?"

Sykes also said he wants Toledo to join a class-action lawsuit against the company Juul, which has been accused of marketing its addictive products to younger people.