Thousands of Americans are injured while shoveling snow and from slips and falls every year. Here are some ways to stay safe during wintry weather. 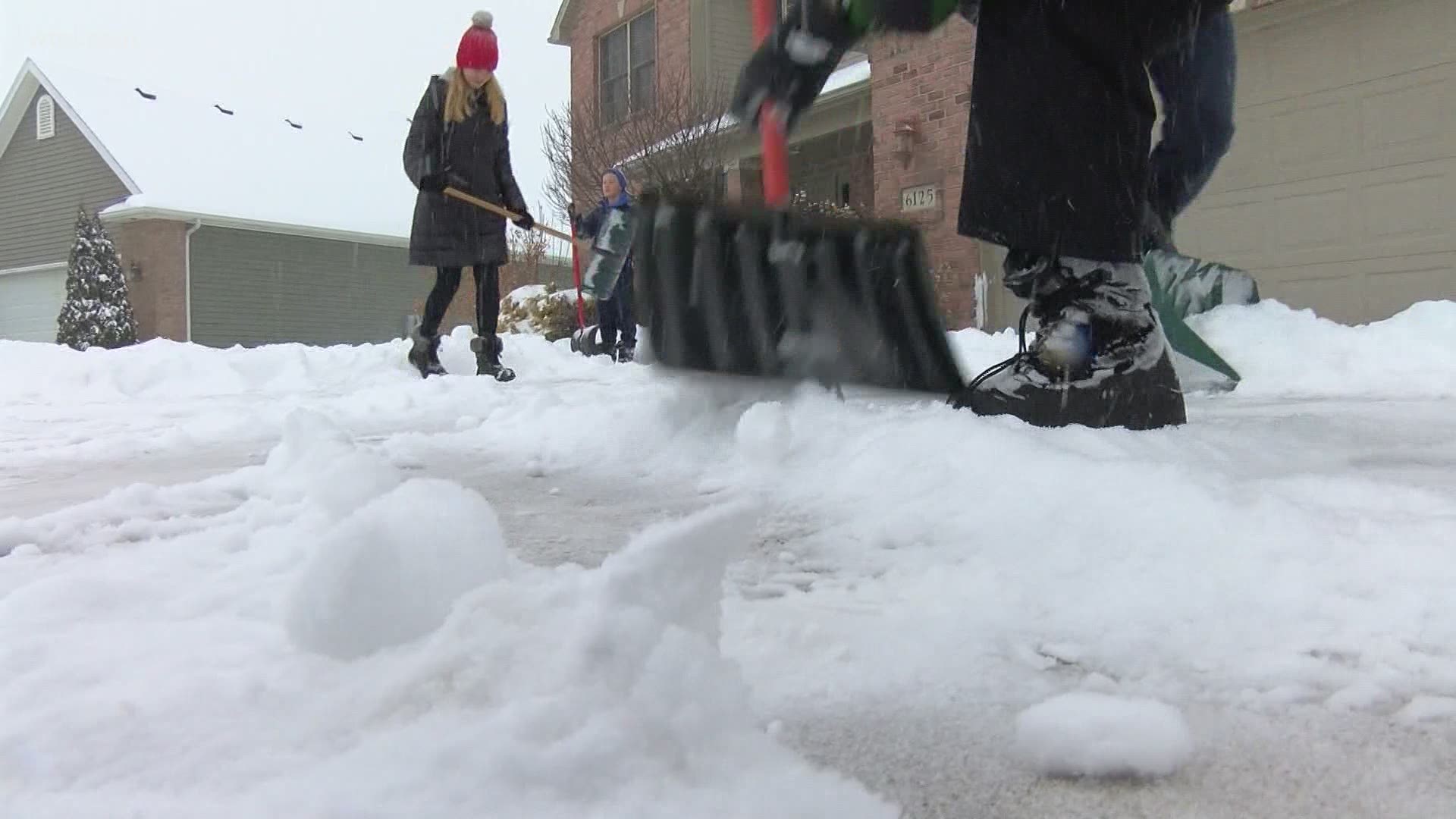 TOLEDO, Ohio — Thousands of Americans hurt themselves while shoveling snow every year.

With muscle and ligament injuries being the most common, Dr. Mickey Frame from Frame Chiropractic and Acupuncture says there are few things you can do to prevent getting hurt. He says it's important to stretch before and after you shovel, hydrate and take frequent breaks.

When it comes to the technique, Frame says it's important not to twist and lift the snow, but instead just push. "You want to make sure you're bending your knees versus just twisting and rotating to save the back to protect the back

If you've ever wondered if there's a best way to walk on ice, Frame says it's all about being slow and steady. He says, "When you're walking, instead of taking big strides. You want to take small and steady steps versus the big stride for the fear of hitting and sliding on the ice."