The Ohio Health Department has identified 22 cases of severe breathing illnesses likely caused by vaping, and is investigating 19 additional cases. 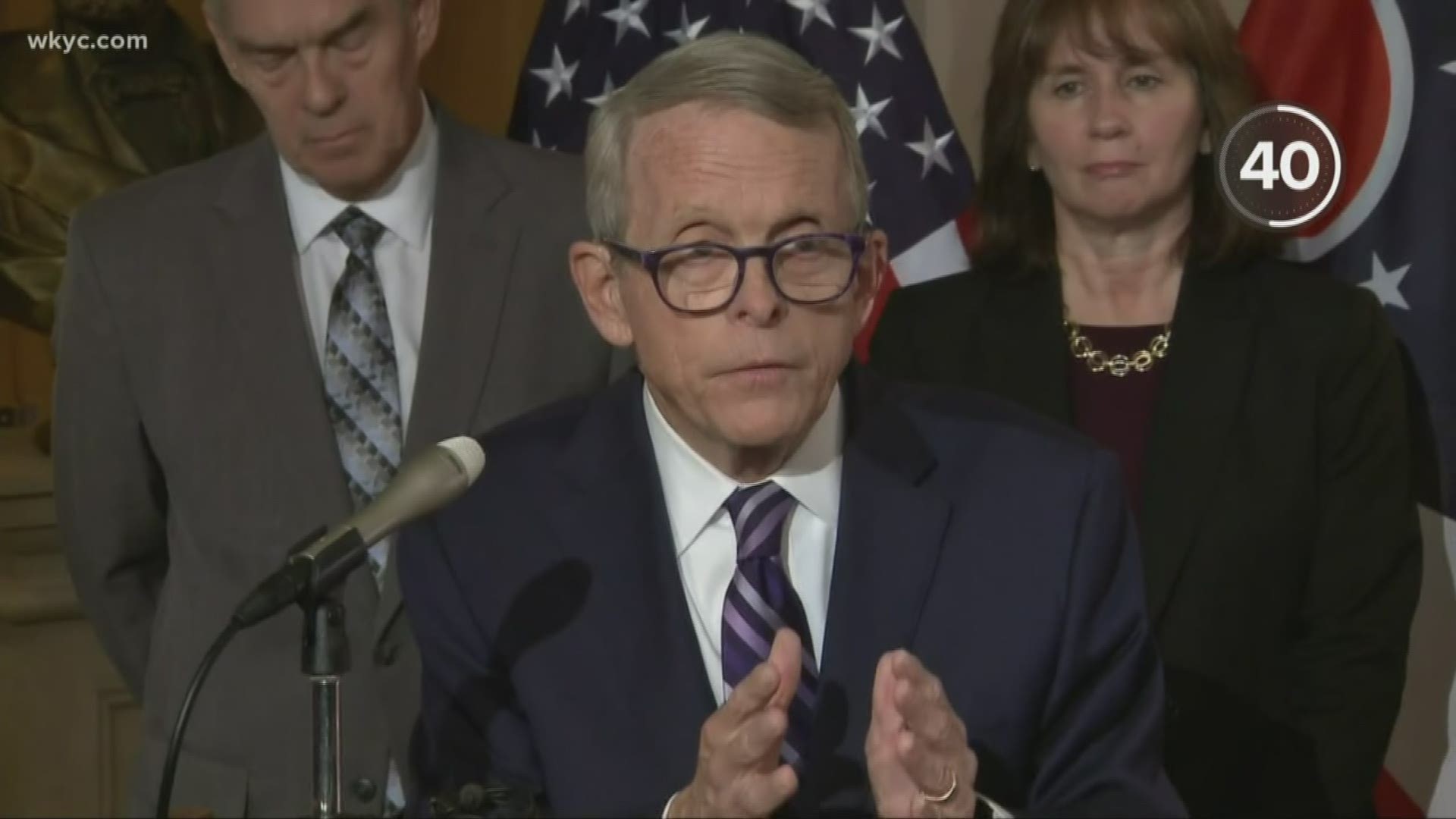 DeWine, a Republican, said Tuesday the ban is needed to protect children from addiction. Although other states have issued emergency bans, DeWine said he doesn't have such authority and is seeking legislation.

One such Ohio bill was already introduced last week, banning the sale of flavored vaping products and creating a committee to study the effects of vaping products on health.

“We have two separate, but related problems in connection to vaping. First, we are facing deaths and very serious medical problems caused by vaping, the second problem is the dramatic increase in youth vaping – 135% increase in high school students vaping since 2017 alone,” said DeWine. “We must take necessary steps to protect Ohio’s young people from the cycle of addiction.”

The Ohio Health Department has identified 22 cases of severe breathing illnesses likely caused by vaping, and is investigating 19 additional cases.

More than 800 cases of similar lung illness have been reported across the U.S., including several deaths.

RELATED: US vaping illness count jumps to 805, deaths rise to 13

WATCH | 3News streamed Gov. DeWine's Tuesday press conference on WKYC.com and on Facebook Live. You can see it below:

RELATED: US probe of vaping illnesses focuses on THC from marijuana