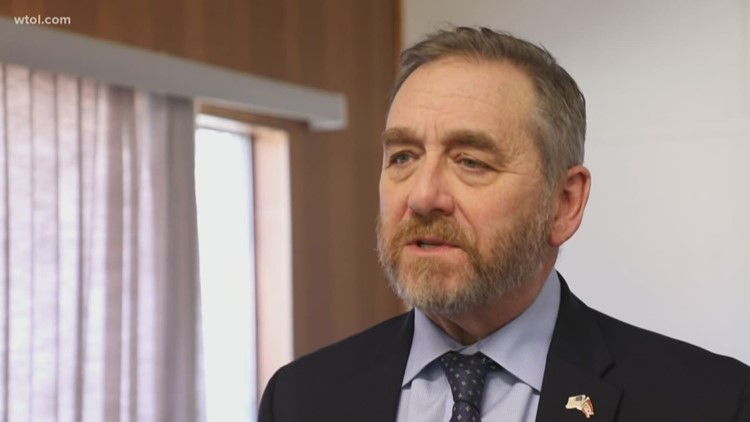 COLUMBUS, Ohio — Upcoming trials seen as test cases for forcing drugmakers to pay for societal damage inflicted by the opioid epidemic should be delayed until Ohio's own lawsuits against the drugmakers can be heard, Ohio Attorney General Dave Yost argued in a lawsuit.

Yost, a Republican, said attempts to force drugmakers to pay should come in a single state action to allow equal distribution of money across Ohio. His lawsuit, filed Friday in federal appeals court in Cincinnati, comes amidst urgent negotiations over a potentially massive settlement between drugmakers and thousands of communities across the country.

The Ohio trials, involving claims brought by Cuyahoga and Summit counties in northeastern Ohio, are scheduled for October. They're considered "bellwether" trials to test claims being brought against the drugmakers.

"The hardest-hit counties of Appalachia and the vast majority of the state are being asked to take a number and wait — and that wait could delay or prevent justice," Yost said in a statement.

Over the past few years, nearly every state and about 2,000 local and tribal governments have sued over the toll of the opioid epidemic.

The federal litigation involving cities, counties and tribal governments is being overseen by a judge in Cleveland, who has been pushing for a national settlement before the first trial starts in October.

Many of those lawsuits target Purdue Pharma, the maker of OxyContin, a company seen as the villain in the opioid epidemic because of its aggressive marketing of the highly addictive painkiller. Published reports last week said the company was offering to settle for $10 billion to $12 billion, a move drawing criticism from some attorneys general who said it wasn't enough.

"I stand with my fellow counties and cities in protecting what we have worked so hard to build together — viable, meaningful and necessary litigation against the opioid manufacturers that preyed upon our citizens and devastated our communities," Horrigan said.

Horrigan's sentiments echo what happened earlier this year in Oklahoma, when the state settled with Purdue for $270 million. Many local governments in Oklahoma with their own lawsuits declined to request part of the money in order to pursue their own claims.

A similar proposal by the Ohio Attorney General to consolidate local lawsuits drew heated criticism last week all the way up to the governor's office.

Draft legislation backed by Yost would consolidate all local lawsuits against opioid companies under a state umbrella and allow the state to negotiate on behalf of all residents and allot any settlement money accordingly.

Ohio Gov. Mike DeWine, a fellow Republican, called that a "serious mistake" and said he would never sign such a bill.

DeWine said the legal process should go through the court system since residents and local governments have "borne a great deal of that cost."

Andrew Welsh-Huggins can be reached on Twitter at https://twitter.com/awhcolumbus.